The three day event kicked off with Ultimate Bites of L.A. Presented by Chase Sapphire Preferred in the heart of Downtown Los Angeles right next to the Walt Disney Concert Hall. It's enchanting as you walk onto the red carpet under hanging twinkle lights and an array of wine and food vendors in front of you. You are handed a single empty glass of wine for all of your tastings. (Be careful not to put your glass down or you may have to go back for another!). The trick to tasting multiple wines in one evening is to always rinse your glass with water after every pour. 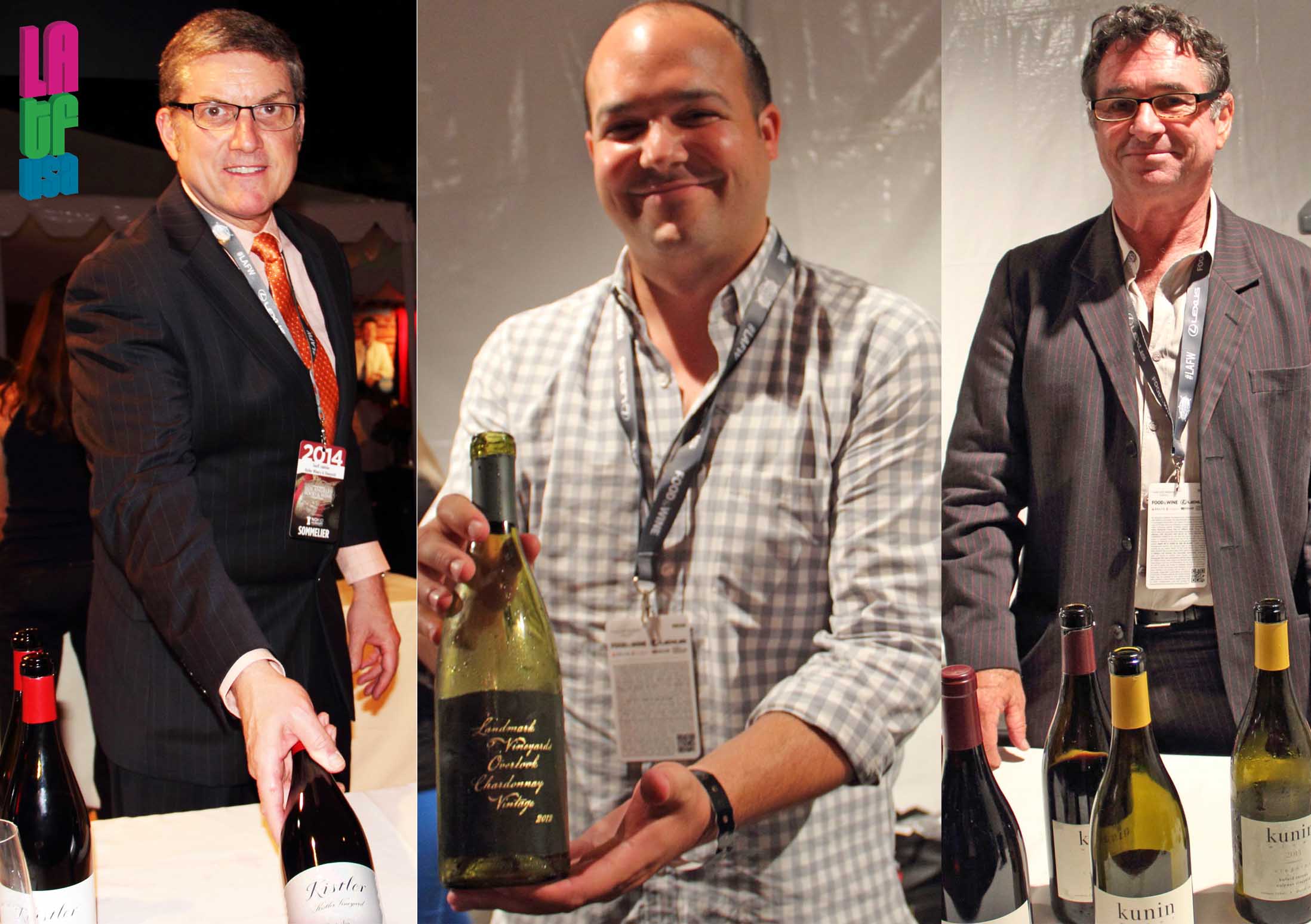 On the cuisine end, our first stop was with Chef Mirko Paderno of Oliverio at the Avalon Hotel. His truffle pasta was 'to-die-for.' He was whipping a truffle sauce on-site. Chef Elia Aboumrad from Gorge served a chicken liver pate with cornichons and rabbit rillette. It was a memorable bite. Speaking of one to remember, Montage's Chef Gabriel Ask offered a petite lobster fondue. On the lighter side, The Foundry's Josh McKnight hit it out of the ballpark with a most unique grilled cheese sandwich and a yellow based tomato soup. LATF also partook in cuisine from Chef Damon Gordon at Watergrill, Chef Ian Gresik from Drago and Chef Megan Logan from Nick & Stef's Steakhouse. The best dessert of the evening goes to Rose. Rabbit. Lie from The Cosmopolitan for the nutella sandwich. 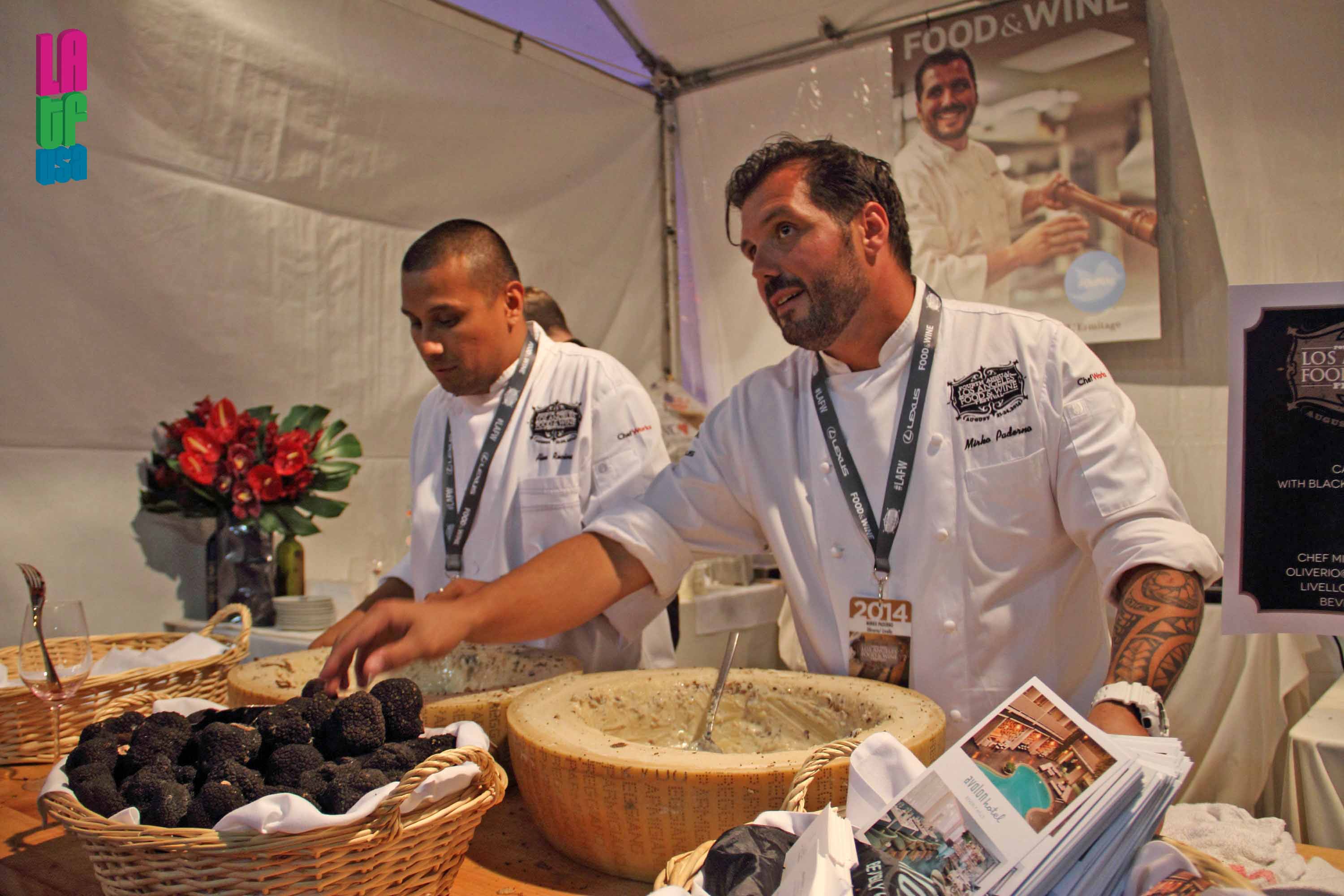 The festival continued with cooking demonstrations, an Asian Night Market hosted by Iron Chef Masaharu Morimoto, the Lexus Grand Tasting and more. One theme was clear throughout the festival: the celebrity chef. With the advent of cable, it seems as though the celebrity chef is a genre of entertainment unto itself. At LAFW's Sunday event, chefs from Bravo’s "Top Chef," CJ Jacobson cranked out incredible amuse-bouche’s for the masses, as the "Chopped" judge and esteemed restaurateur Scott Conant made the rounds.

The greatest takeaway aside from a full belly is a better understanding of what goes into making, not only the food we eat, but the people cranking it out in the kitchen. It's quite a skill to keep turning out stellar pieces of culinary art for a hungry crowd of foodies while still being ready for a photo op.