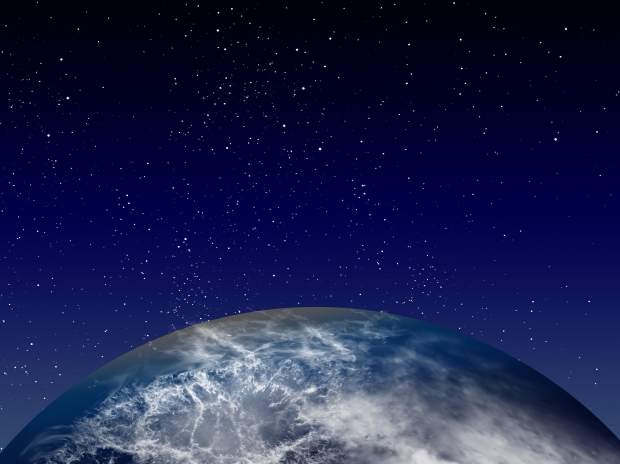 Using NASA's Hubble Space Telescope, a team of astronomers has spotted a star system that could have left behind a "zombie star" after an unusually weak supernova explosion.

A supernova typically obliterates the exploding white dwarf, or dying star. On this occasion, scientists believe this faint supernova may have left behind a surviving portion of the dwarf star -- a sort of zombie star.

While examining Hubble images taken years before the stellar explosion, astronomers identified a blue companion star feeding energy to a white dwarf, a process that ignited a nuclear reaction and released this weak supernova blast. This supernova, Type Iax, is less common than its brighter cousin, Type Ia. Astronomers have identified more than 30 of these mini-supernovas that may leave behind a surviving white dwarf.

"Astronomers have been searching for decades for the star systems that produce Type Ia supernova explosions," said scientist Saurabh Jha of Rutgers University in Piscataway, New Jersey. "Type Ia's are important because they're used to measure vast cosmic distances and the expansion of the universe. But we have very few constraints on how any white dwarf explodes. The similarities between Type Iax's and normal Type Ia's make understanding Type Iax progenitors important, especially because no Type Ia progenitor has been conclusively identified. This discovery shows us one way that you can get a white dwarf explosion."

The team's results will appear in the Thursday, Aug. 7 edition of the journal Nature.

"Back in 2009, when we were just starting to understand this class, we predicted these supernovae were produced by a white dwarf and helium star binary system," said team member Ryan Foley of the University of Illinois at Urbana-Champaign, who helped identify Type Iax supernovae as a new class. "There's still a little uncertainty in this study, but it is essentially validation of our claim."

Film
Movie Review: Aubrey Plaza Scares Up Some Laughs In "Life After Beth"