Get Creative For FOX's "Gotham" Series 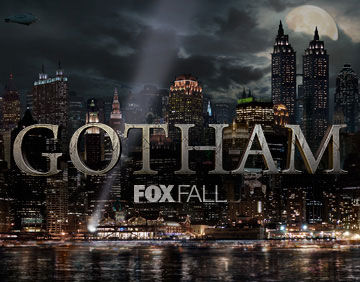 FOX is inviting fans to channel their inner super-artist and design an original promotional poster and/or fan recreation trailer for FOX’s highly anticipated new series GOTHAM. The official grand prize winner of each contest will win a trip for two to New York City to attend the show’s premiere party. The series premieres Monday, Sept. 22 (8:00-9:00 PM ET/PT) on FOX.

The GOTHAM Poster Contest encourages fans to use their creativity to design an innovative poster using pre-selected assets for GOTHAM such as graphics, photos, fonts and title cards to create their submissions. Fans should visit fox.com/gothamcontest to full details and to submit.  The application of the artwork will be critical in determining the winner. Contestants must submit their designs before 11:59 AM PT on August 20, 2014.

The GOTHAM Trailer Contest calls on fans to use their imagination to produce their own versions of the show’s :60 trailer using live action, animation or even still images. For example, do you see yourself playing Det. JAMES GORDON? Or maybe OSWALD COBBLEPOT? Might SELINA KYLE be portrayed by your cat? Is BRUCE WAYNE drawn freehand? Could Gotham City be built completely with blocks? FOX will edit together the best scenes and images from fan submissions into a full-length trailer that plays like a scene-for-scene substitute of the original. The fan-made trailer will debut online. Participants should visit fox.com/gothamcontest, where they can view the official FOX version of the trailer and submit their own filmed scene or scenes to be part of the fan-inspired version before 11:59 AM PT August 20, 2014.

The creators of the Top 10 posters and the creators of scenes selected to be part of the fan-made trailer will be chosen based upon originality, creativity and use of provided elements. All these finalists will win a GOTHAM prize pack and will advance to be considered for the grand prize. During the final round, the posters and trailer will be presented to the executive producers and cast of GOTHAM, who will pick the grand prize winner for best poster and most innovative scene in the trailer also judging originality, creativity and use of provided elements for each. The grand prize winner of each contest will be announced on August 27, 2014, and will each receive a trip for two to GOTHAM’s premiere party in New York City. The official winner of the poster contest will also receive a printed version signed by the cast of GOTHAM.

Fans should visit fox.com/gothamcontest for contest rules, deadlines and to download the necessary elements to create their posters or trailer entries. NO PURCHASE NECESSARY.  Submission period begins 7/26/2014 & ends 8/20/14 at 11:59 PM PT.  Open for 48 contiguous US/DC residents 18+ in compliance with the rules.  For additional info on eligibility, submission requirements, judging and complete Official Rules, go to fox.com/gothamcontest.