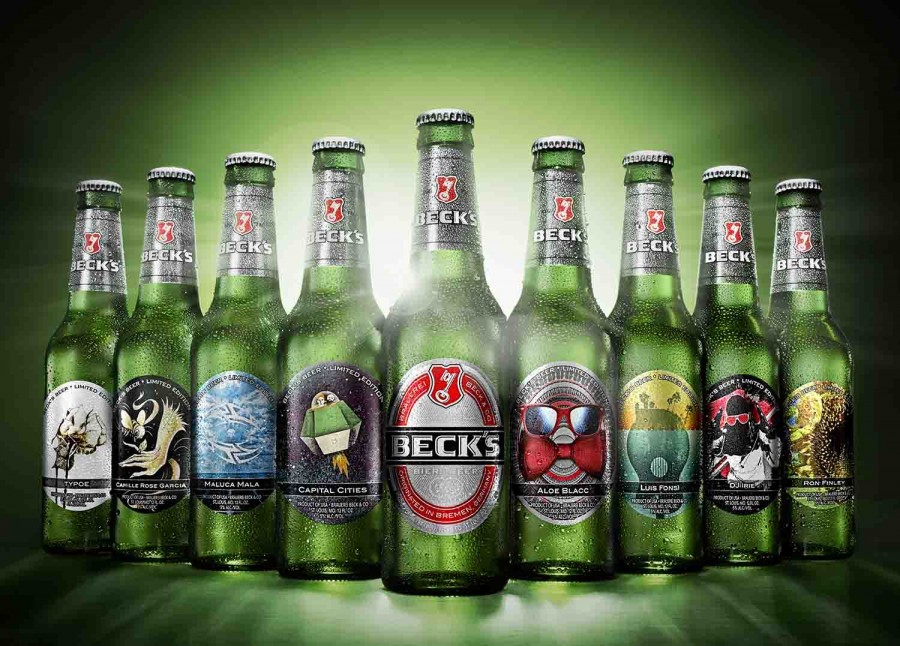 One of the best things about July 4th are the BBQ's and sitting back with an ice cold beer. Beck's Beer just launched their limited edition beer bottles in time for the holiday weekend. Indie pop sensation and LATF feature stars, Capital Cities and singer/songwriter/rapper Aloe Blacc, as well as six additional artists have taken over Beck's beer labels.

Every year for the past 27 years, Beck’s Beer commissions original artwork for the summer-long Live Beyond Labels series. The brand replaces its traditional labels with the original designs from both emerging and established artists.

“Live Beyond Labels participants tend to be drawn to the idea of reaching millions of people in an entirely new way,” said Ryan Garcia, vice president, regional marketing. “The size of their audience and their creative focus differs from artist to artist. But they all share an independent streak, a fearlessness Beck’s admires.”

Throughout the life of the program, Beck’s labels have showcased original designs from a range of creative celebrities, including Andy Warhol, Jeff Koons, Damien Hirst, Yoko Ono, MIA and Kid Cudi. The program began in the UK and moved to the US in 2012.

The 2014 roster of participants includes musicians, a DJ, a visual artist, a renegade gardener and a lowbrow artist:

Lifestyle
Traveling to Brazil? Get Your Mobile City Guide With TripAdvisor