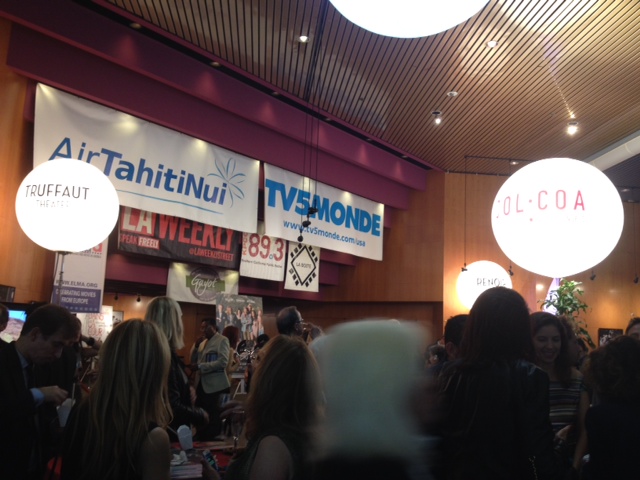 Vandal was awarded the COLCOA LAFCA Critics Award by the Los Angeles Film Critics Association jury at the 18th annual City of Lights, City of Angels French film festival.  The film was co-written by Katell Quillévéré, Gilles Taurand, Nicolas Journet, and Hélier Cisterne, who also directed the film. The CriticsSpecial Prize went to One of a Kind, written and directed by François Dupeyron.

The Audience Special Prize went toChinese Puzzle,written and directed by Cédric Klapisch, starring Romain Duris, Audrey Tautou, and Cécile de France. Chinese Puzzle also walked away with the COLCOA Coming Soon Award, a prize given in association with KPCC 89.3, to a film presented with an attached U.S. distributor. The film will be released in the U.S. on May 16 th by The Cohen Media Group.

The COLCOA Documentary Prize went to Flore, written and directed by Jean-Albert Lièvre. Distrib Films will release the film in the U.S.

"The LAFCA jury's job was made especially pleasurable this year by a French cinema that revealed a commitment to all levels of filmmaking, from the esoteric to the popular. In particular, our winners exemplified an interest in overlooked regions and social margins, in the condition of characters' material lives and their opportunities for transcendence, and in cinema's flexible, stylistic responses to life's raw material,"

said Henry Sheehan of KPCC's Film Week, one of the Critics jury members.

The Audition, co-written by Pierre Niney and Igor Gotesman, and directed by Nineywon the COLCOA 2014Audience Short Film Award.

The week-long festival set a record attendance of nearly 20,000 at the Directors Guild of America, site of the festivities.  Thirty-four features and documentaries and twenty shorts competed for the 2014 COLCOA Awards.

- Audience Special Mention: FOR A WOMAN

- Critics Special Prize: ONE OF A KIND

- First Feature Award: ME, MYSELF AND MOM

Giving Back
Websites Unite To Raise Awareness On Poverty & Hunger

Film
Movie Review: Scarlet Johansson Is Otherworldly In "Under The Skin"