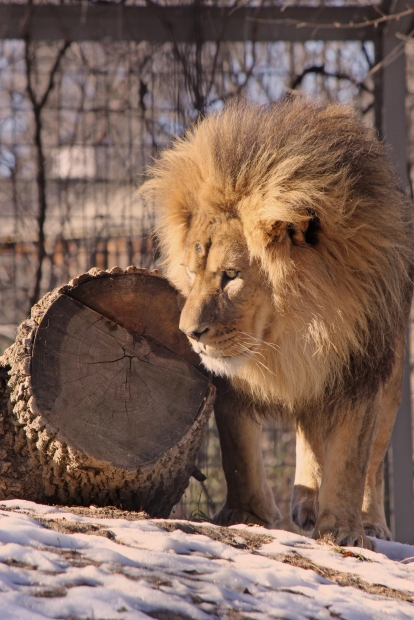 Philanthropist and multi Emmy award-winning TV legend Bob Barker has generously donated $500,000 to fund the ‘lion’s share’ of an epic mission by Animal Defenders International (ADI) to help enforce the Peruvian Government’s wild animal circus ban and relocate the animals in what will be largest rescue of its kind ever undertaken.

Following months of work all over Peru, including trucking animals hundreds of miles across the Andes, ADI has just this week emptied the last wild animals from Peru’s traveling circuses as part of this record-breaking mission.

30 African lions are now in the care of ADI – 21 at their Spirit of Freedom Rescue Center near Lima and 9 in Colombia (following Colombia’s ban), which are due to join the Lima group for the Spirit of Freedom airlift to the US. The lions are being prepared for their journey to their forever home at a sanctuary in Colorado.  Although the main operation is completed, ADI has asked the public to be on the lookout for any sightings of now-illegal wild animals in circuses and let them know immediately, so that they can also be relocated.

ADI is also relocating 9 primates from circuses and the illegal wildlife trade to sanctuaries in the Amazon.

The legendary US game show host, Bob Barker said “I am delighted and honored to be able to play a part in this important rescue mission. Circus animals suffer terribly and, thanks to ADI, Peru’s wild circus animals are being freed from their cages and chains and have a brighter future ahead of them. It is the US’ shame that such acts are still permitted here.”

Peru’s ban on wild animal circuses was secured in 2012 following an ADI undercover investigation of cruelty in animal circuses and a joint campaign involving Peru’s animal protection groups. The cornerstone of the successful campaign was a two-year ADI undercover investigation, which revealed the widespread suffering of circus animals in South America. The shocking exposé led to public outrage and calls for action across the continent. Nationwide bans followed in Bolivia, Colombia, Peru, Ecuador and El Salvador, with other countries considering taking action.

Many of the circus animals rescued by ADI have lived brutal lives in terrible conditions, some in isolation, others in severely overcrowded cages. The animals are often in need of veterinary treatment – like Pepe, a rescued spider monkey, who underwent surgery to repair the damage done when the circus snapped off his canine teeth. Despite his brutal treatment, Pepe is gentle and trusting of his new caregivers. Many of the lions have suffered smashed and broken teeth as a result of brutality.

The substantial donation from the former Price is Right host has helped fund the construction of quarantine facilities and veterinary care and, when the animals are ready to travel, will also help pay for their flight to freedom. ADI is raising more funds to relocate all of the animals and build facilities for the monkeys in the Amazon sanctuaries.