Weekend Book Corner: “The Ring and the Crown” By Melissa de la Cruz 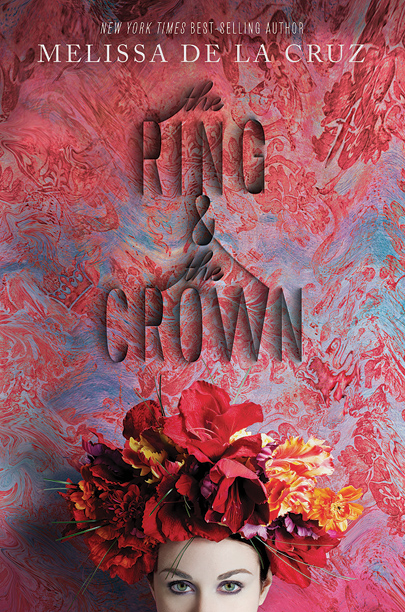 From the author of best-selling novels such as “Blue Bloods,” “Masquerade,” “Revelations,” “Lost in Time,” etc. comes Melissa de la Cruz‘s latest story of magic and fantasy: “The Ring and the Crown.” Melissa is making a major book-to-entertainment cross-over as the author of “The Witches of East End” TV series on Lifetime. For your weekend reading list, the California-based author brings readers a new story about Princess Marie-Victoria, heir to the mightiest empire in the world, and Aelwyn Myrddyn, a mage, who face vastly different futures.

Quiet and gentle, Marie has never lived up to the ambitions of her mother, Queen Eleanor the Second. With the help of her Merlin, Eleanor has maintained a stranglehold on the world’s only source of magic. While the enchanters faithfully serve the crown, the sun will never set on the Franco-British Empire.

As the annual London Season begins, the great and noble families across the globe flaunt their wealth and magic at parties, teas, and, of course, the lavish Bal du Drap d’Or, the Ball of the Gold Cloth. But the talk of the season is Ronan Astor, a social-climbing American with only her dazzling beauty to recommend her. Ronan is determined to make a good match to save her family’s position. But when she falls for a handsome rogue on the voyage over, her lofty plans are imperiled by her desires.

Meanwhile, Isabelle of Orleans, daughter of the displaced French royal family, finds herself cast aside by Leopold, heir to the Prussian crown, in favor of a political marriage to Marie-Victoria. Isabelle arrives in the city bent on reclaiming what is hers. But Marie doesn’t even want Leopold—she has lost her heart to a boy the future queen would never be allowed to marry.

When Marie comes to Aelwyn, desperate to escape a life without love, the girls form a perilous plan that endangers not only the entire kingdom but the fate of the monarchy.