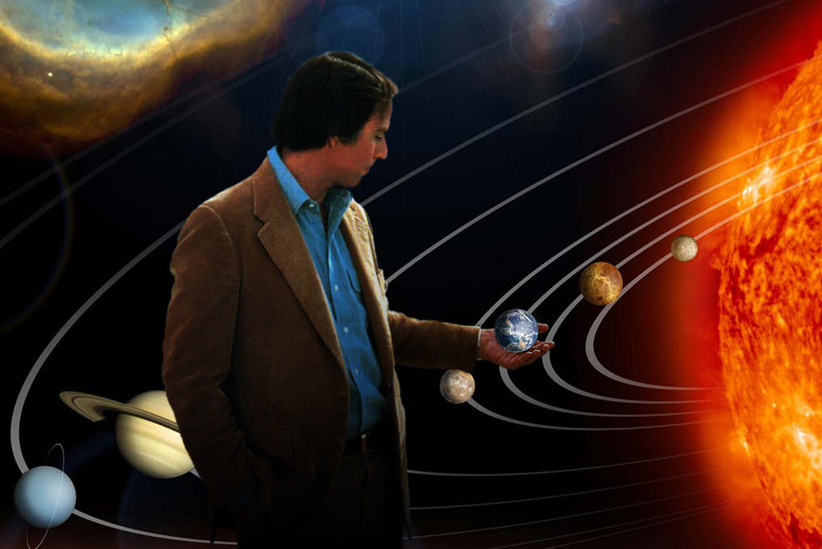 After the cross-network premiere event, COSMOS: A SPACETIME ODYSSEY will continue its epic 13-episode run, airing Sundays from 9 p.m. to 10 p.m. ET/PT on FOX and Mondays — with all-new bonus footage and behind-the-scenes content — on the National Geographic Channel from 10 p.m. to 11 p.m. ET/PT.

The original series “COSMOS: A PERSONAL VOYAGE” first premiered in September 1980 on PBS, and for 10 years was the most watched series ever on public television in America. Based on his book of the same name, and written for television by Sagan, Ann Druyan and Steven Soter, the series was a stunning and iconic exploration of the universe as revealed by science that took viewers through a galaxy of topics to help explain the universe and humanity’s place in it. Called “a watershed moment for science programming” by Dave Itzkoff of The New York Times, Sagan brought science into the mainstream by explaining complex theories in a way that everyone could comprehend and appreciate. Among the areas explored are the life cycle of stars, genetics, laws of planetary motion, the journey to Mars, the search for intelligent life beyond Earth and the big bang theory.

More than three decades after the debut of “COSMOS: A PERSONAL VOYAGE,” Seth MacFarlane has teamed with Sagan’s original creative collaborators Druyan and Soter to conceive the 13-part series that will serve as a successor to the Emmy and Peabody Award-winning original series.

COSMOS: A SPACETIME ODYSSEY is hosted by renowned astrophysicist Dr. Neil deGrasse Tyson. As with the legendary original series, the new COSMOS is the saga of how we discovered the laws of nature and found our coordinates in space and time. The series brings to life never-before-told stories of the heroic quest for knowledge, transporting viewers to new worlds and across the universe for a vision of the cosmos on the grandest — and the smallest — scale.