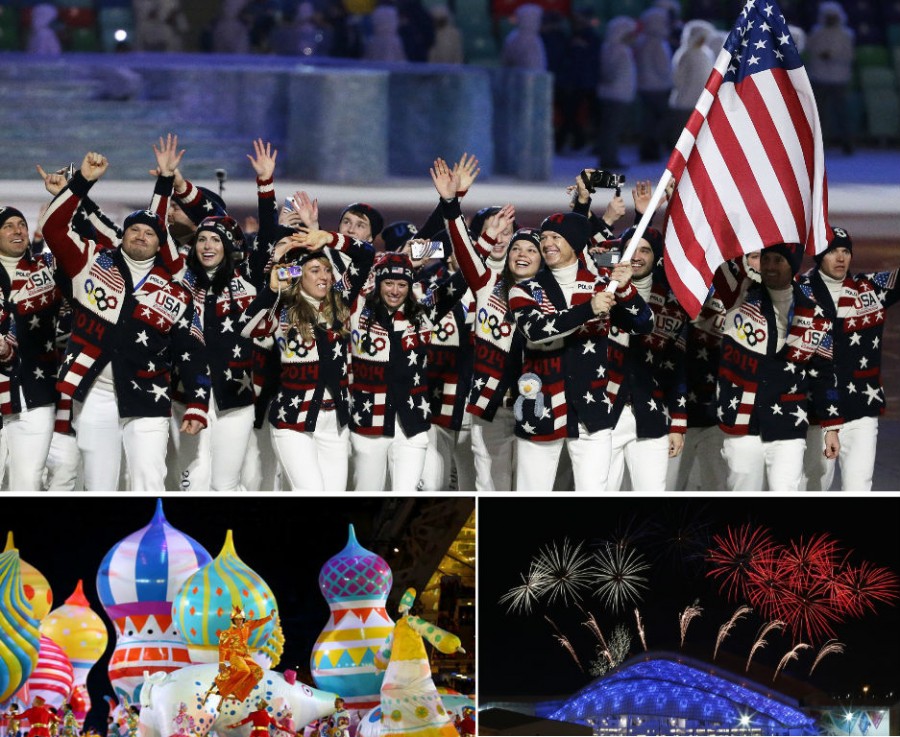 The Opening Ceremony for Olympic Games are a chance for the host country to teach the world their contributions and culture throughout history. To kick off the Sochi 2014 Olympics, Russia presented their most famous inventors, artists, politicians and more; from Chagall to Chekhov, Catherine the Great and Dostoevsky. The production quality from beginning to end was extraordinary, despite a fairly crucial part. As the Olympic rings lit up, there was a technical glitch. Instead of five rings, there were only four. But the rest of the night made up for the one tech issue. After 3,000 athletes from 88 countries waved their respective flags, Russia gave the world one of the most visually stunning Olympic ceremonies.

Choreographed by American Daniel Ezralow, who has worked with Cirque du Soleil and Broadway musicals, the over three hour show was a theatrical spectacle that took the audience through 18 chapters of the evolution of Russia. It was an incredible sight with gigantic moving sets and vibrant projection designs. At one point, dancers glided across the stadium – floating across a 3D sea of ships and large waves.

We were reminded of the legendary music and arts that have come from Russia. The music included pieces by Alexander Borodin, Georgy Sviridov, Stravinsky and Tchaikovsky, with selections from “Swan Lake” and “The Nutcracker.” There were roles for the opera soprano Anna Netrebko; the prima ballerina Diana Vishneva; and Russia’s best-known conductor, Valery Gergiev of the Mariinsky Theater.

Dmitry Chernyshenko, the head of the Sochi Olympics took the podium, “Welcome to the 2014 Olympics Winter Games in Sochi. Our city is unique, as all of Russia is unique. It is the largest country in the world where Europe meets Russia. We are proud to have the privilege to host the entire world.”

International Olympic Committee president Thomas Bach added, “Welcome to the 22nd Winter Olympic Games. Tonight we are writing a new page in Olympic history. What took decades in other parts of the world has been achieved here in just seven years. This is a remarkable achievement. Thousands of volunteers have welcomed us with the well known warm Russian hospitality. Many thanks to all of them. Russia and the Russians have set the stage for you, the best winter athletes on the planet. From this moment on, you’re not only the best, you are Olympic athletes. You will inspire us with your outstanding performances.”

Bach spoke with positivity and a message of unity, “Olympic Games are a sports festival embracing human diversity — Thank you for supporting your athletes. They are the best ambassadors of your country.”

After much controversy over his views, the world anticipated President Vladimir Putin’s speech. He simply took to the mic and introduced the symbolic ‘dove of peace,’ choreographed to Tchaikovsky’s “Swan Lake.”

The Opening Ceremony at Sochi was more than an impressive production. Now that the official Olympic torch has been lit, we can say… let the games begin!