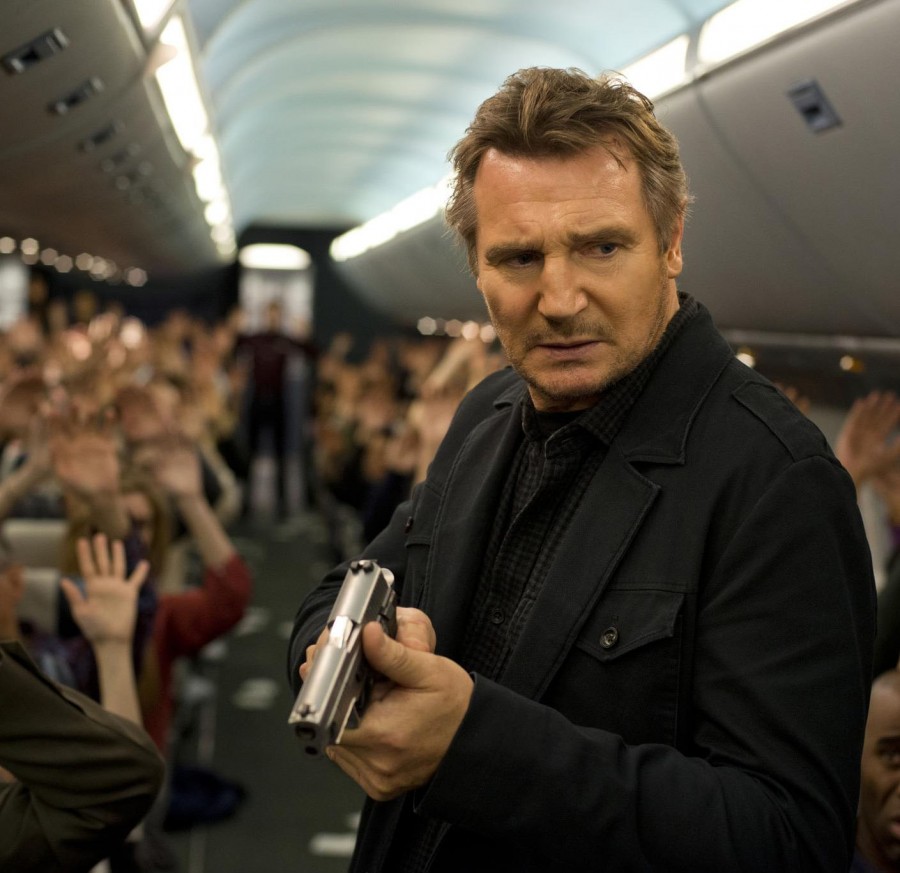 Liam Neeson stars in what looks at first glance to be “Taken” on a plane, but “Non-Stop” is actually a tense mystery thriller. That’s not to say there isn’t action. There’s plenty of brawls, thrills and Neeson using his trademark rasp to intimidate other characters, but the real achievement here is how director Jaume Collet-Serra (Unknown, Orphan) seems to weave a story that’s both unraveling and getting more tangled at the same time.

Neeson plays Bill Marks, an alcoholic US Marshal with a troubled history. He begins to receive threatening text messages half way through a transatlantic flight. The texts appear to come from inside the plane and are demanding $150 million dollars transferred into an account or someone on the plane will die every twenty minutes. Marks begins his investigation, but things become more complicated when the mysterious texter reveals himself to be far more calculating and dangerous than your average extortionist. 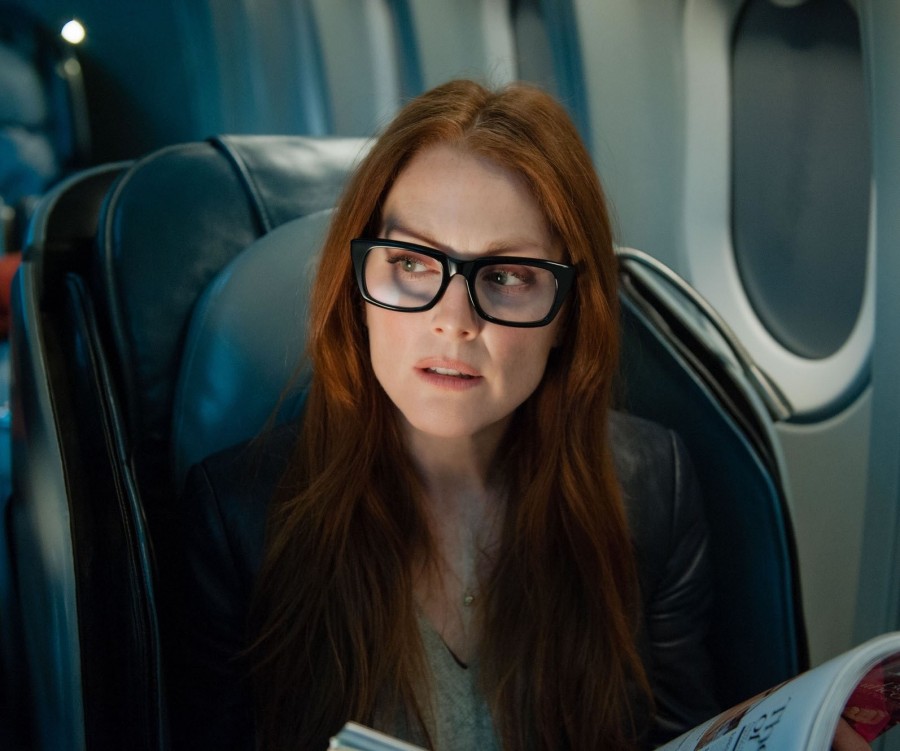 The plot gets off to a dubious start during Marks and the extortionists initial text conversation. As talented as Liam Neeson is, there’s simply only so much tension that can be garnered from watching him send text messages, no matter how intense the music gets. Things pick up in a big way after the first major plot twist. Soon the audience is following Marks through every red herring and rabbit hole and actively looking for clues themselves. All our suspects are on board; can we figure it out before Marks does?

This is actually a throwback to an old literary style of detective fiction called a “Drawing Room Mystery.” Typically in these stories a murder will occur in an isolated place, where all of the potential suspects and the detective trying to solve the case are present. It seems odd on the surface to compare Non-Stop to Agatha Christie, but in a lot of ways you can think of it as a kind of high-octane Murder on the Orient Express, with a plane substituting for a train. I’m not suggesting that Non-Stop has all of the depth and richness of character as a literary classic, but it will certainly keep even a keen observer guessing whodunit. 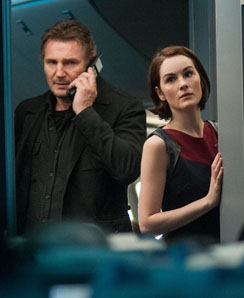 Early in the film, Marks in his capacity as a US Marshal observes other passengers for potential threats, this also serves to give the viewer a glimpse at our eventual suspects. On a secondary level, this subtly allows the viewer entre into the point-of-view of the bystander watching as Marks behavior seems to become more erratic and dangerous. So even as we support our flawed, but heroic protagonists attempts to save the day, the fear among the other passengers feels justified. A great supporting cast that includes Julianne Moore, Michelle Dockery (Downton Abbey) and current Academy Award nominee, Lupita Nyong’o (Twelve Years a Slave) aids this feeling of paranoia.

In any film where you’ve invested so much energy trying to figure out who’s behind it all, you may be disappointed by the final reveal and for the sake of your movie-going experience I won’t say any more than that about the ending. But whether you’re elated or dismayed when the mystery is finally solved, Non-Stop is really (and literally) about the trip.