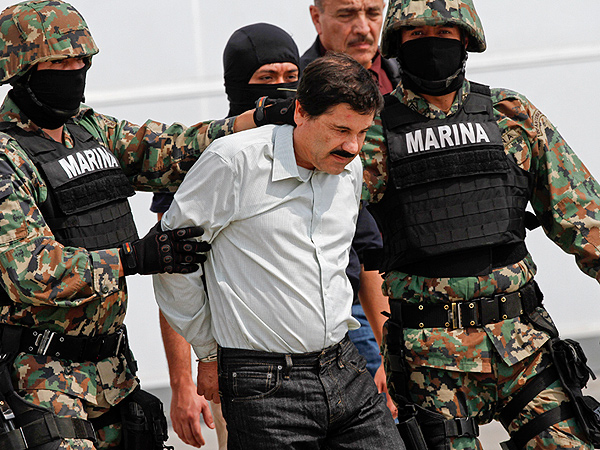 This weekend was a huge win for police authorities. On Saturday, dozens of soldiers and police officers descended on a condominium tower in Mazatlán, Mexico, a beach resort known as a hangout for drug traffickers. Who did they find inside? One of the world’s most wanted drug kingpins, Joaquín Guzmán Loera — known as El Chapo, which means “Shorty.” El Chapo who escaped from prison ran a multibillion-dollar drug empire that supplied much of the cocaine and marijuana to the United States.

El Chapo headed up the Sinaloa Cartel, a criminal organization named after the Mexican Pacific coast state of Sinaloa where it was initially formed. Known as El Chapo Guzmán or his stature, he became Mexico’s top drug kingpin in 2003 after the arrest of his rival Osiel Cárdenas of the Gulf Cartel.

According to reports, El Chapo did not attempt to escape the raid. He apparently had no time to reach for the arsenal of guns and grenades he had amassed or dash into a storm drain or tunnel.

Mexican marines and the police, aided by information from the United States Drug Enforcement Administration, immigration and customs officials and the United States Marshals Service, took him into custody without firing a shot, according to Mexican officials.

To face no confusion, Mexico’s attorney general, Jesús Murillo Karam, said a later forensic exam made it “100 percent” certain the man was Mr. Guzmán. In June 2012 officials had arrested Mr. Guzmán’s son, only to later discover it was not him.

Mr. Guzmán faces a slew of drug trafficking and organized crime charges in the United States, which had offered $5 million for information leading to his arrest in the hopes of dealing a crippling blow to an organization that is the country’s top provider of illicit drugs.