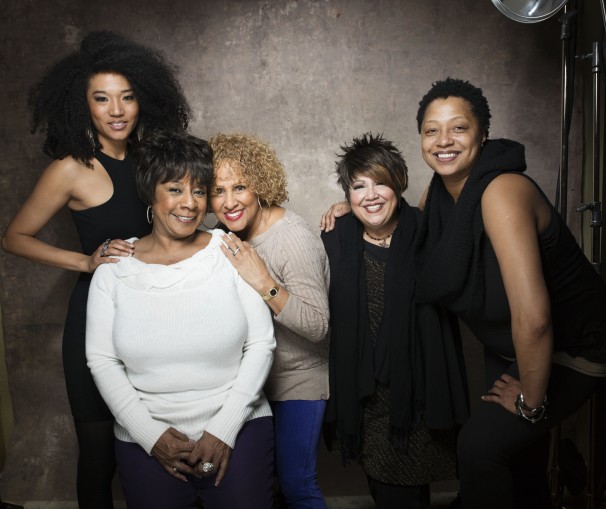 An award “honoring motion pictures which most inspire young people to better lives” was born this week when the first Courage To Succeed Award was presented to the director and the cast of the Oscar nominated documentary feature, “20 Feet From Stardom” by an organization which has pioneered in preparing challenged young people for successful lives for over a century, the YWCA of Greater Los Angeles.

YWCA of Greater Los Angeles, President and CEO, Faye Washington, noted that “the powerful message ’20 Feet From Stardom’ conveyed to our young people made evident that we must honor motion pictures which can make that urgent and primary contribution to the lives of those who see it.  We hope this award alerts the motion picture industry to its opportunity and obligation to make this life-saving difference.”

Director Morgan Neville and renowned singer Tata Vega accepted the inaugural honor before an enthralled audience of over 300 youngsters on the downtown Los Angeles YWCA GLA campus where 1200 young people, many drawn from homelessness, abusive foster homes or even more dire circumstances, are educated, fed, in many cases housed, and all prepared by the Los Angeles Job Corps for assured employment and higher education upon graduation.  Neville, in his acceptance speech, said he had felt an obligation to challenged young people when he undertook his documentary on a group of legendary back-up singers who have become a major part of the recordings and tours of the top stars and acts in rock, blues and gospel music in the past four decades.  “We understood and cherished the opportunity to infuse young people with the example set by these unique artists that self-belief, preparation and determination help us make the best of our lives.”

Accepting the award on behalf of the cast, Tata Vega, just returned from touring with Elton John, informed her riveted young audience that her own youth had reflected theirs, that rejected by her own family she had as a teen wandered these same streets, homeless, “singing aloud because it was my only salvation of spirit and it brought coins from people who were poor, too, enough small change not to starve.”  She stressed that “singing saved my life and gave me the self-belief we all need to go forward and be what we can be.”

In presenting the award, Ms. Washington stated.  “There are reasons that this documentary is the longest-running theatrical release of 2013 and still going.   Apart from the great music, the hope and determination of this film and of these women inspire our kids with the burning desire to make the most of their lives and, then, to give back to their very needy communities.”