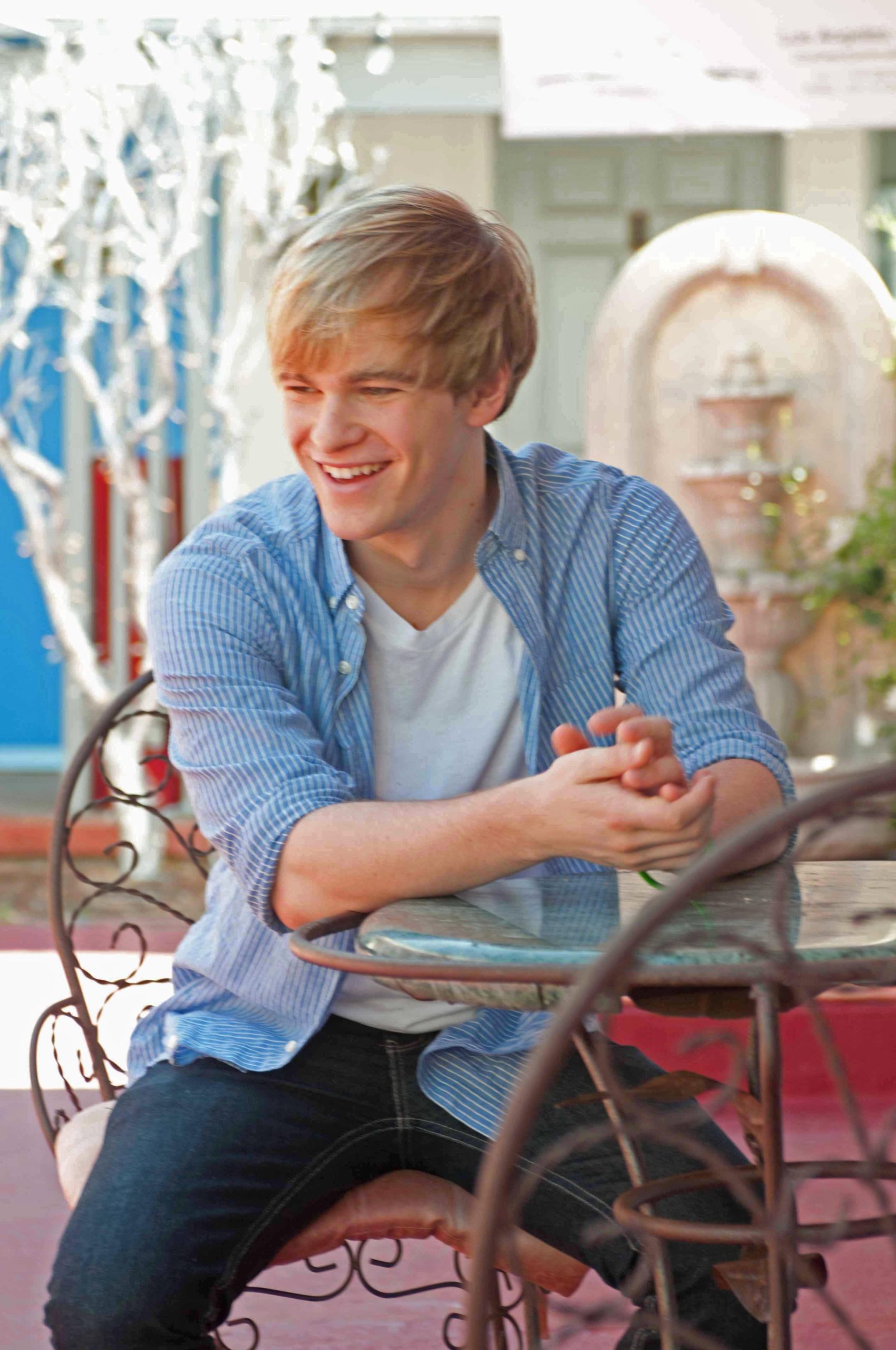 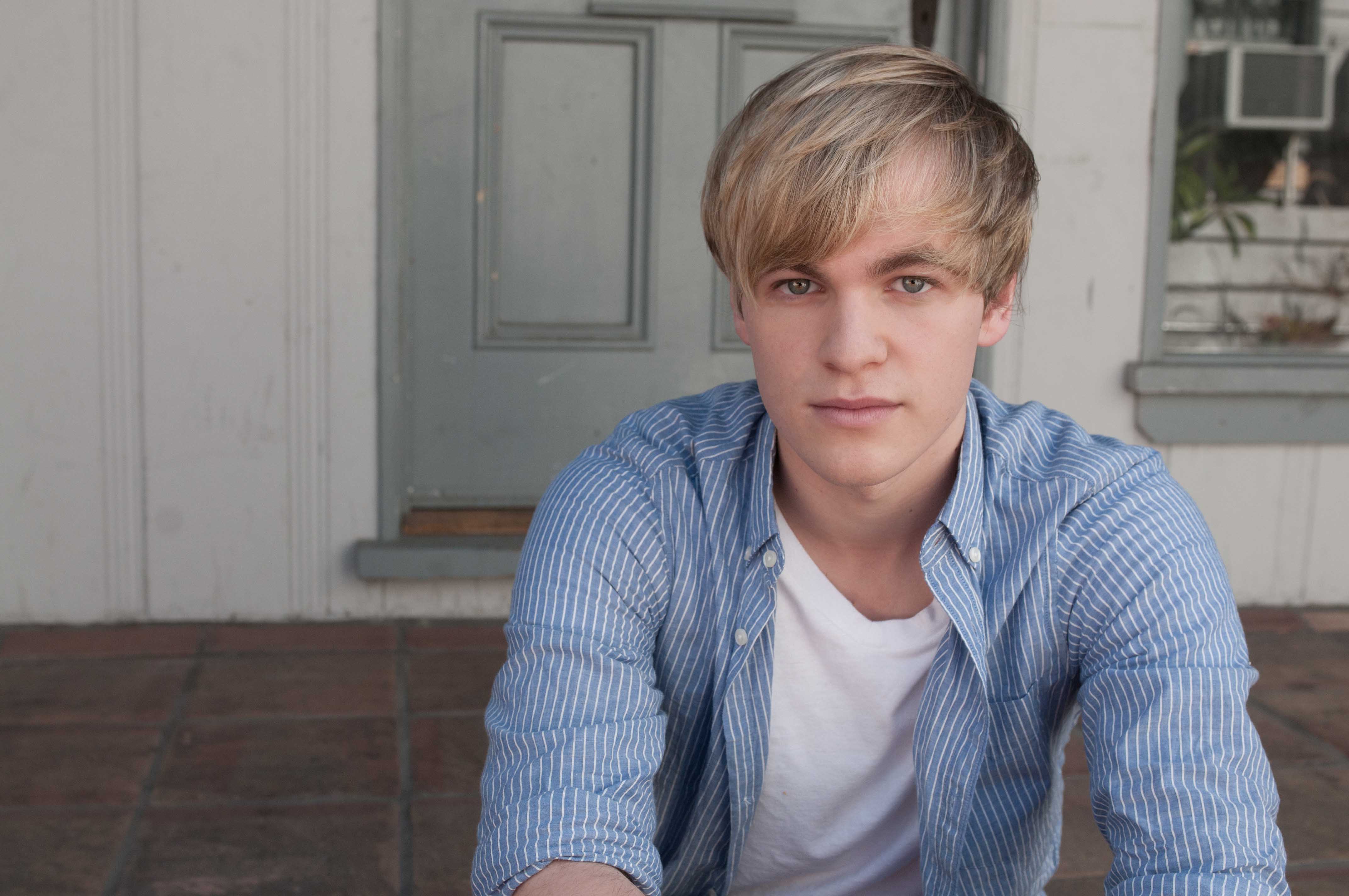 He plays a melancholy foster teen on TNT and a ludicrous stoner on CBS. Graham Patrick Martin is living opposite lives on primetime TV and loving every minute of it. Why? Because it’s not every day an actor simultaneously lands roles on two hit series; “Major Crimes” and “Two and a Half Men.” Graham is just on the edge of turning 21 and he’s already come a long way from being just a small town guy from Thibodeaux, Louisiana. While his peers played football and lead normal lives, Graham was destined for a life more unique than the rest. He immersed himself in Shakespearean plays and musicals before being nominated for a 2004 Big Easy Award in New Orleans for his performance in “Mrs. Bob Cratchit’s Wild Christmas Binge.” From there he played the role of Chips in Tennessee Williams’ “A House Not Meant to Stand.” After, Graham took to New York City, where he attended performing arts school before jetting off to LA. It was here that he got his first sitcom, “The Bill Engvall Show,” in which he co-starred with Jennifer Lawrence. His work won him a Young Artist Award for Best Performance in a TV Series. That brings us to ‘Two and a Half Men,’ where he plays the menace pothead, Eldridge Mackelroy. He joined the cast when Charlie Sheen was starring and now acts alongside Ashton Kutcher. While on the show, Graham landed a role in the finale of TNT’s “The Closer.” Little did he know that his character, Rusty Beck, would go on to co-star with Mary McDonnell in the spin-off “Major Crimes.” With hit ratings and a second season ordered, Graham has his hands full. While on his break, I met with him at Charlie de Paris in West Hollywood to talk Major Crimes and much more…

Major Crimes has been picked up for a 2nd season; clearly the show is a hit. What were your initial thoughts going into a spin-off series of The Closer, which was extremely popular?

It was frightening to be a part of a spin-off of such a big hit, just because it was so iconic and everyone knows ‘The Closer.’ I did what no actor should do, which is go online and see what people have to say about things. When I found out I was going to do the show, I heard things like, “I’m never going to watch this,” and “The show is never going to be the same without Kyra.” Kyra Sedgwick is so talented, so there is some validity to that–that this show will not be the same, so going through and reading these things and hearing what people had to say was terrifying. But then I realized that all I can really do is focus on my work. I had an outstanding part. They really don’t write roles this good and this in-depth for people my age, ever.

It seems like people look at it as a separate show, all together now. 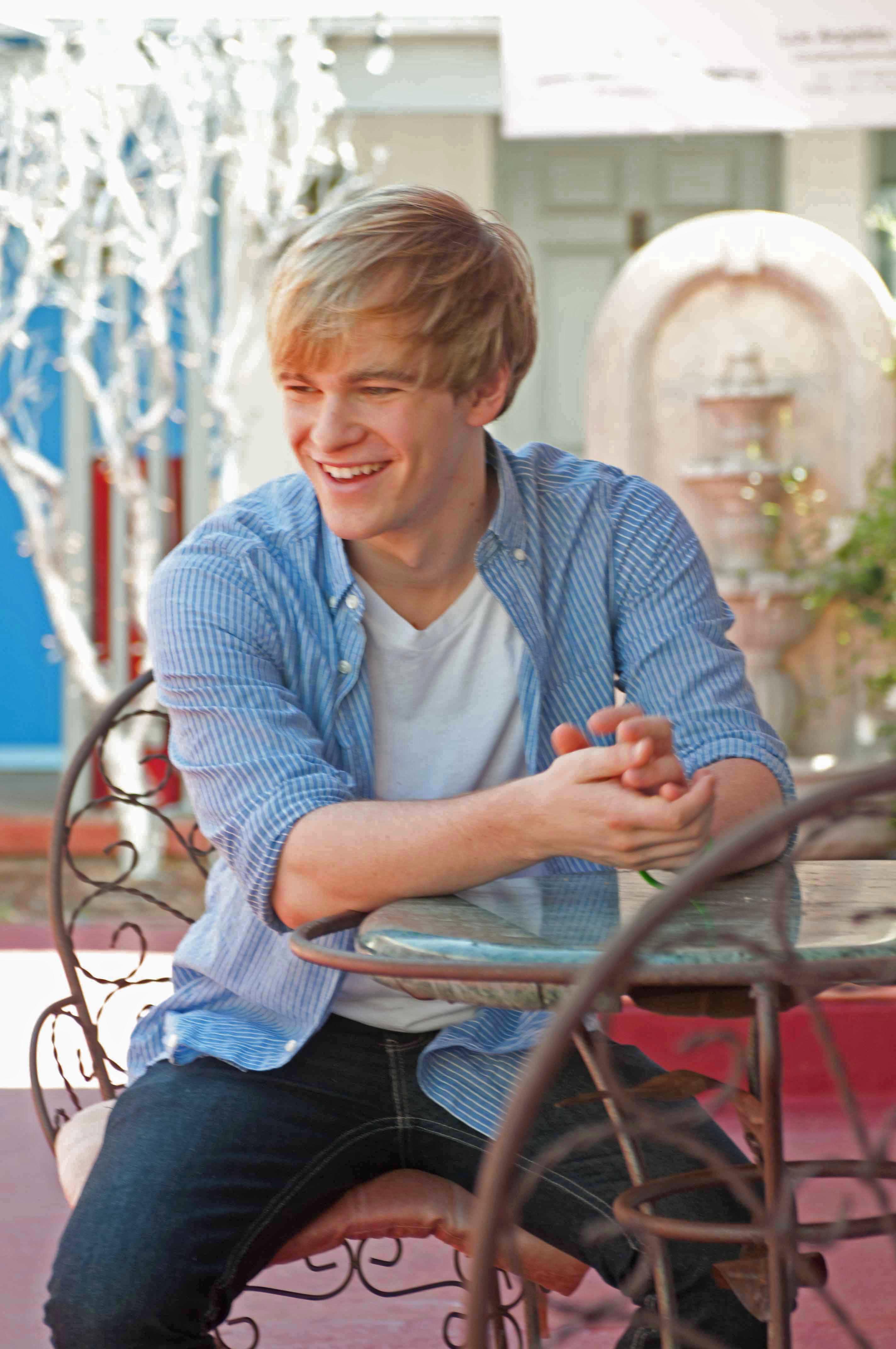 For those who may have not had a chance to catch up on the first season, how does your character Rusty Beck come into the picture?

I was introduced in the finale of ‘The Closer’ where I was the main witness in Brenda’s final case. I was the only witness she had to pin Philip Stroh, who’s the guy she’s been going after forever. I play a homeless, juvenile prostitute, essentially, and I strike a deal with them, which is that I will give them the information they want if they use their police resources to find my mother who had abandoned me seven months before. Ultimately, the show ends, and their stuff is solved but mine isn’t, so Major Crimes starts with me coming to the new lady in charge, Mary McDonnell, who plays Captain Raydor, and saying, “I helped you guys out, now you need to hold up your end of the deal which is to find my mother.”

Not a stupid kid.

Exactly. Ultimately, she ends up kind of taking me in.

Rusty is clearly looking for a place to fit in. What are the challenges in playing someone with such a troubled family history?

It’s challenging because it’s not something that’s really shown a lot and it’s something that is completely different than I’ve experienced in my real life. That was the most challenging thing—having to do this research and really finding out who this kid is. I did that by researching all of the homeless centers in L.A. for homeless teens and the different organizations that take these kids in; looking at interviews with them on YouTube; and really getting into the mindset, because I didn’t want to pretend to know what a kid like this has gone through. A lot of people can get a role like this and just go in there and be brooding and moody, but in my opinion, that’s just lying. There’s a difference between acting and lying, it’s actually knowing what you’re going through and what your character’s going through.

I can really see how much Rusty cares for Mary McDonnell’s character and how he really doesn’t want to leave her. She obviously has an attachment to you. How is it working with her?

Working with Mary McDonnell is great. As an actor, you always have days where you come in and it’s just awful. You are your instrument, so if you’re having a bad day, or if you’re groggy, or if you didn’t get enough sleep, it’s going to be affected in your work. But if I go in, it doesn’t matter how little sleep I got, it doesn’t matter how off or disconnected I’m feeling when I work with Mary. She’s so experienced and she’s been nominated for an Academy Award twice. She sucks you into the scene and makes it impossible to be inauthentic and impossible to not be connected to the scene. 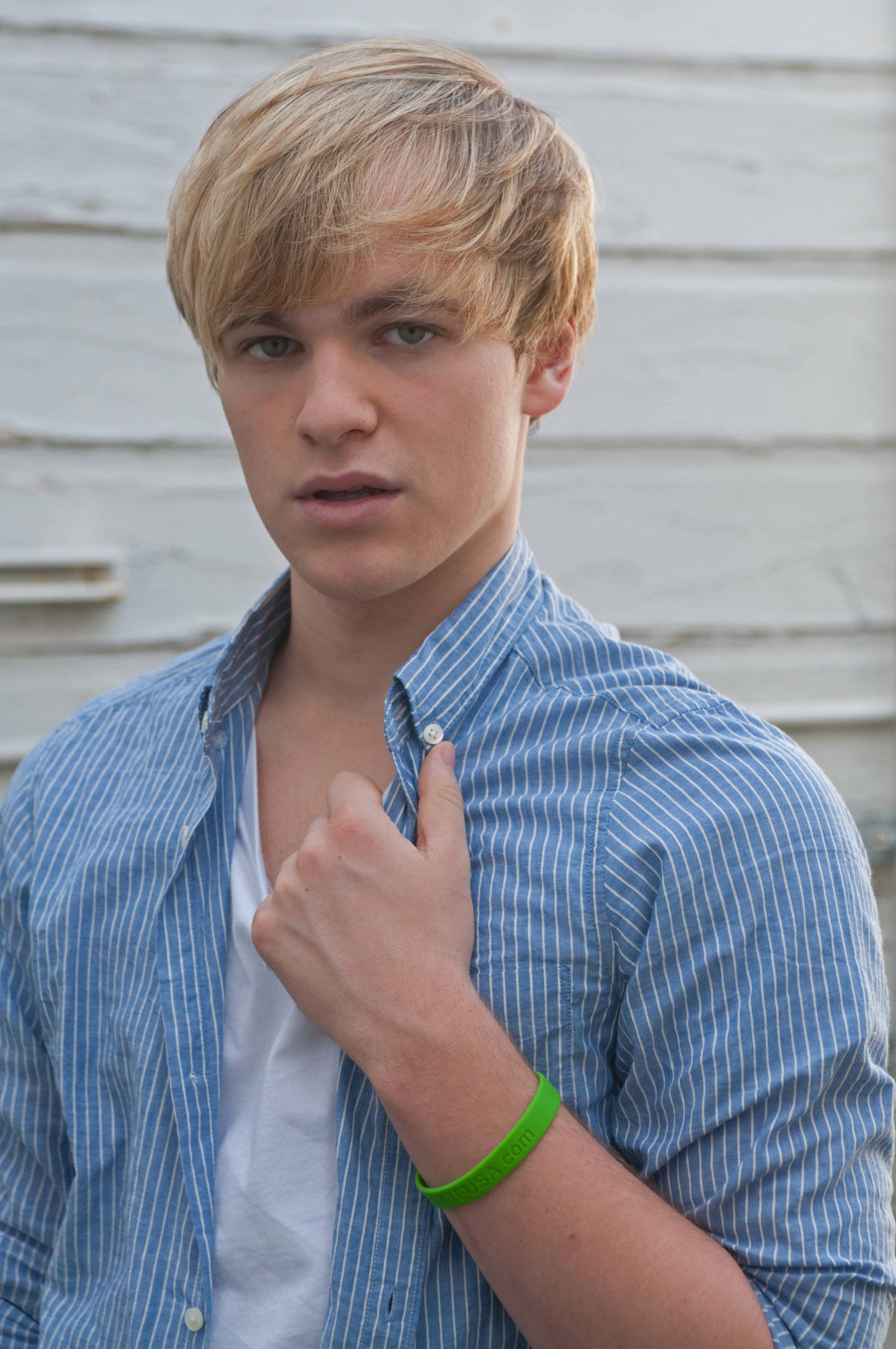 If you could write Rusty’s future for the 2nd season, in what direction would you take him?

I’d be anxious to see how Rusty’s life evolves as he assimilates into this normal life that he hasn’t really ever lived, and that’s the thing that drives him more than anything—he wants to

be normal. He wants a normal life, that’s why he’s so comfortable with Captain Sharon Raydor, because he sees what he’s always craved, and that’s just a normal mother; someone who cares about him. I’m interested to see how that spreads through a social life–maybe a girlfriend, maybe friends at school. My storyline this last season was really about Rusty getting there, to this normal life, and now I think it’ll be more on the lines of how Rusty is settling in.

Can you speak to the relationship with your biological father, Daniel Dunn?

I don’t know how that’s going to carry over into season 2. The relationship with Daniel, played by Ian Bohen, is an interesting one, because Rusty has already kind of gotten comfortable with Sharon, and he has already accepted the idea of staying there, and then this other guy comes in, and he’s terrified, because the only other real parent he had didn’t love him, neglected him, and was an addict. He just expects that from this guy. At first, it’s like, okay, maybe he is all right, maybe he is not bad, but then it takes a terrible turn for the worse. It’s another hardship that Rusty has to face, but I think it kind of cements the fact that he has what he needs with Sharon.

Two and a Half Men is an entirely different type of series. You’ve been on the show since before Ashton Kutcher took Charlie Sheen’s place. Can you tell me about your experiences working with the two different actors?

The biggest difference is that I like Ashton’s trailer better, and I like Charlie’s car better. [laughs] No, I mean they’re both really cool guys. People all want to hear a breaking story from the inside, but to be honest–and every single person who worked on set will tell you this—Charlie’s a great guy; he was so nice and so welcoming, and very professional. Ashton’s no different. This is another case that’s kind of like Major Crimes and The Closer, which is that it’s just a different show, and it feels different. It’s a different weave, it’s a different vibe, and they’re both really good in their own right. It was great, as an actor to work with people like that who have done things that are so iconic, like “That 70’s show” and” Platoon.” It was one of the most valuable experiences I think I’ve had–working with guys who’ve done things that I really respect.

All of your scenes are with Angus T. Jones (Jake Harper). Have you grown close over the seasons?

Absolutely. Angus and I are buddies. He’s a really, really good guy, and we definitely hang out a little bit outside of shooting. And he’s someone who grew up in interesting circumstances. His parents definitely did a great job–he has a really good head on his shoulders.

On one show you play a teenage stoner, on the other a brooding foster teen. Do you prefer comedy, drama or both?

I don’t think I have a preference between comedy and drama. I think my overall goal in acting is just to continue learning new things, and continue to grow. I don’t want to just find one thing and get really good at it, and only do that one thing forever. I started acting in musical theater at summer camp, and that’s what introduced me to it. And then when I started acting professionally, I got thrown into this world of multi-camera sitcom with The Bill Engvall Show and then Two and a Half Men, and that’s something I knew nothing about and then learned a lot about and grew to love. While I was doing that, I was training and learning a lot about acting and the greats of acting and the great teachers of acting. 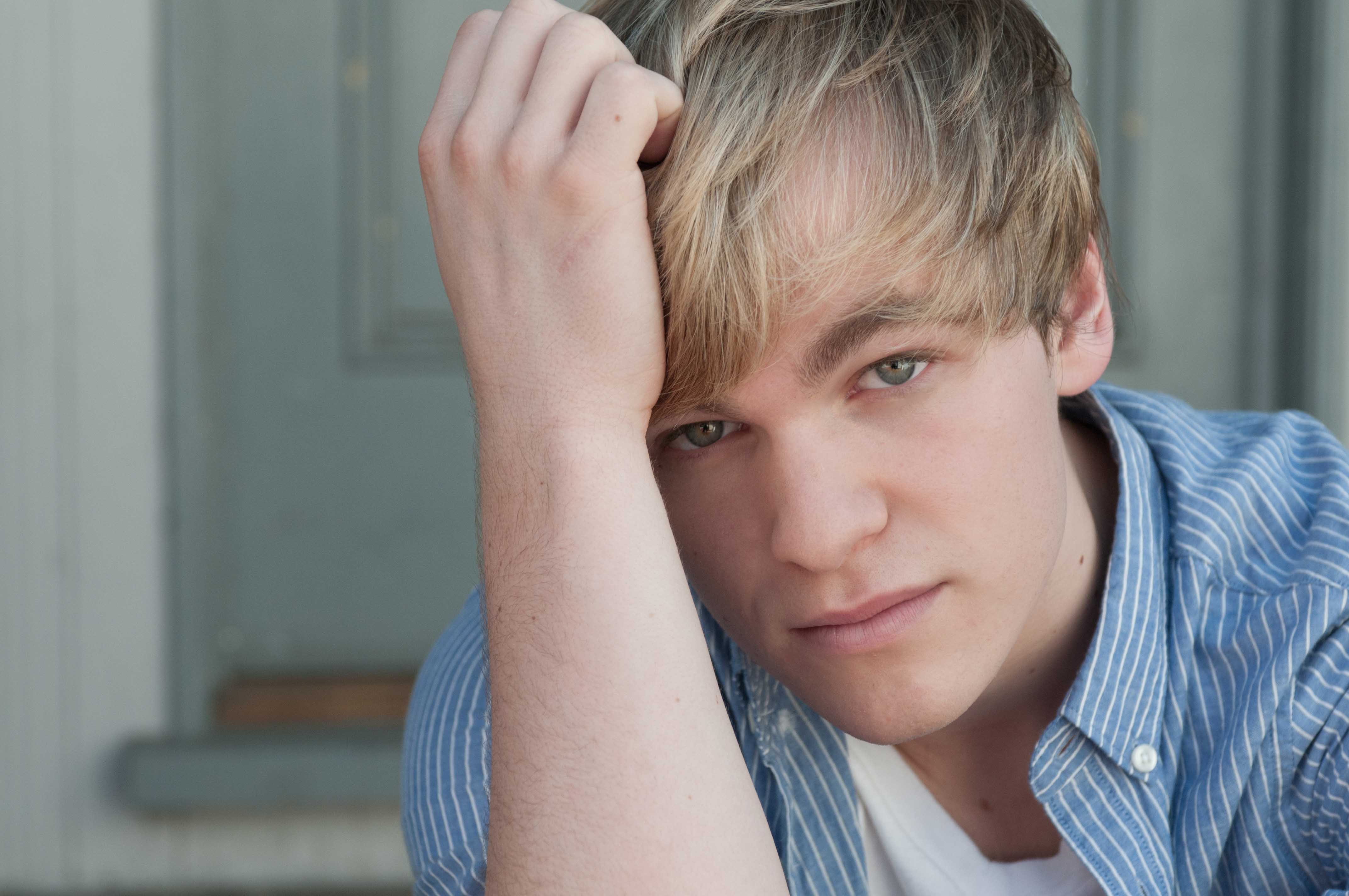 Are you still training?

Do you have a specific technique?

I always try to change it up because I don’t believe in staying with one teacher. Not one teacher knows everything. I think every artist is different, whether it’s acting or playing piano or painting. I don’t think there’s one right way to act, so I like to go to a lot of different classes. I like to read different books by different teachers and kind of incorporate it all into “the grand technique.”