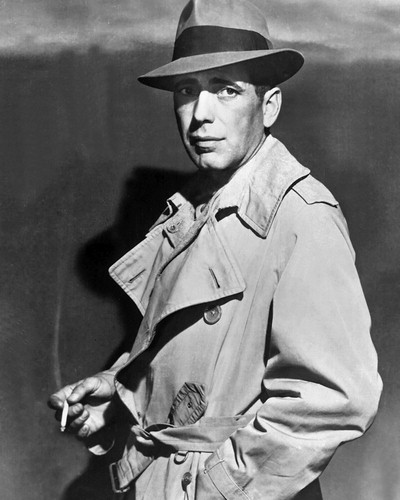 Humphrey Bogart is back in the film business as Bogart Estate pledges to match all donations on Anderson’s $75,000 Kickstarter campaign for “This Last Lonely Place.”

“The main goal of the Humphrey Bogart Estate is to honor and promote my father’s legacy,” said Stephen Humphrey Bogart, son of the iconic performer.  “My father loved film noir, he loved Los Angeles, and he was a big supporter of his fellow artists.  Bogie got his big break because of Leslie Howard, and he never forgot it. Therefore, we have made a decision to support independent films whenever we find the type of project Bogie might have liked, and we just couldn’t pass up the chance to support director Steve Anderson’s ode to film noir and Los Angeles.”

Stephen Bogart and his sister, Leslie, are the majority owners of Bogart LLC, the entity through which the Bogart Estate manages the Humphrey Bogart legacy.  “Bogart LLC has made the maximum $10,000 contribution to the Kickstarter campaign of ‘This Last Lonely Place,’ and we encourage all fans of Humphrey Bogart, film noir, and independent filmmaking to check out the project and consider supporting it.  We will match every donation, up to the campaign goal of $75,000,” said Robbert de Klerk, managing partner of Bogart LLC.

“I am thrilled and truly honored to welcome Bogart LLC to ‘This Last Lonely Place,'” said writer/director Steve Anderson.  “This is a dream-come-true partnership.  In 1948, Humphrey Bogart formed Santana Productions so he could make films his own way.  In 2012, Kickstarter and digital production enable filmmakers like me to make the movies we want, and the Bogart Estate is supporting the sort of independent films Bogie would have loved.  This is a truly historic moment; the old world and the new world becoming one.”

Steve Anderson is a Peabody Award winner who wrote and directed “The Big Empty” and produced and directed the hit documentary “F*ck.”  He will direct and produce “This Last Lonely Place,” from his original script.  Stephen Bogart and Robbert de Klerk will come on board as Executive Producers.

Find out more about the film and the Kickstarter campaign here:

You can learn more about the Humphrey Bogart Estate at www.humphreybogart.com.