Multi-platinum, four-time GRAMMY-nominated rock band Goo Goo Dolls have unveiled a brand new music video for their track “You Ain’t Getting Nothin’,” one of two brand new original songs from the band’s first-ever holiday album "It’s Christmas All Over" [Warner Records]. Directed by Juan M. Urbina of Venturia Animation Studios ®, the video pairs vibrant cartoon imagery with the song’s swing jazz sound, making for a retro visual that hearkens back to the classic animated Christmas specials of yesteryear.

In addition to “You Ain’t Getting Nothin’,” It’s Christmas All Over is filled with iconic songs such as “Have Yourself A Merry Little Christmas,”“Let It Snow.” Nearly all of the songs from It's Christmas All Over are currently charting at AC radio, including the brand new original “This Is Christmas” which has stormed into the top 10 and continues to rise. 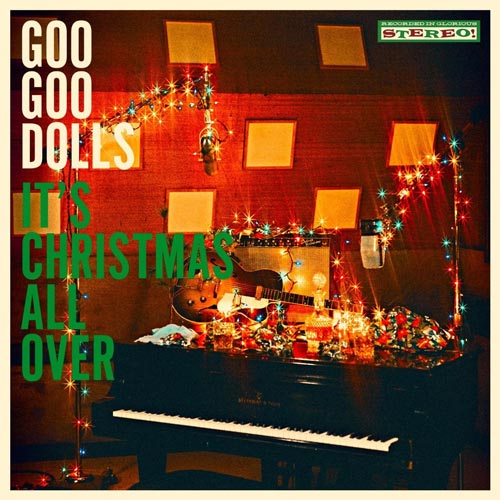