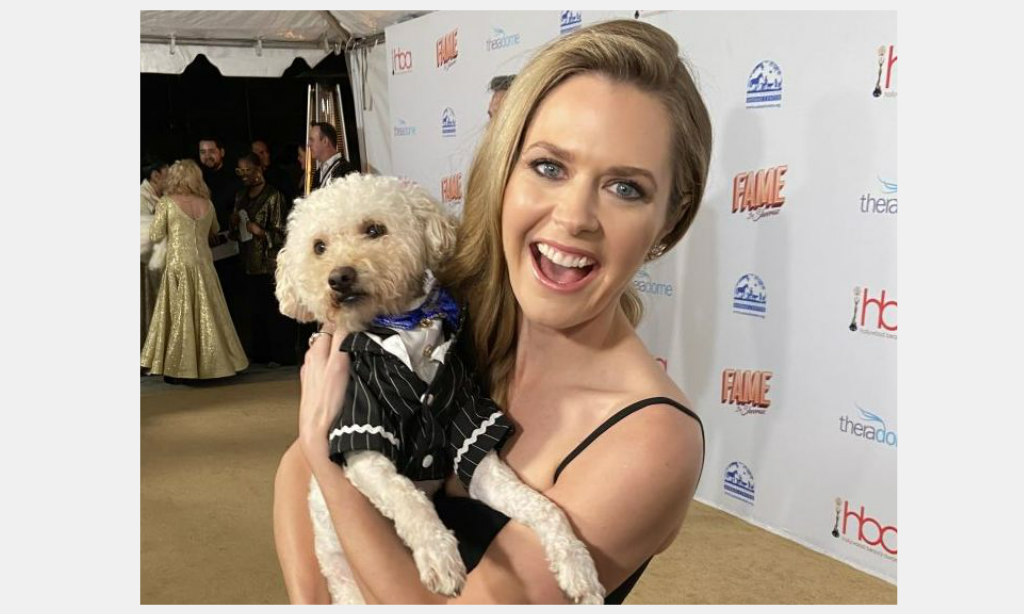 Maggie met Bark Ruffalo and the HWAC team while attending and presenting at the 2020 Hollywood Beauty Awards!

The prestigious annual award will be presented in front of an invitation-only group of high-level donors at a socially distanced ceremony held at the Rancho Santa Fe Inn.

Maggie Lawson is an American actress who is best known for her role as Detective Juliet "Jules" O'Hara in the TV show PSYCH.  From 2018 to 2019, she held the recurring role of Natalie Flynn on Fox's LETHAL WEAPON opposite Seann William Scott. Maggie's credits also include the final season of Chuck Lorrie's & CBS's TWO AND A HALF MEN as the love interest to both Jon Cryer and Ashton Kutcher. Most recently, she could been seen in the leading role of the FOX Comedy OUTMATCHED opposite Jason Biggs

Maggie Lawson's first rescue was in 1990. Stray puppy Popcorn was found in a dumpster at a Hardee's fast food restaurant in Louisville, Kentucky on Christmas Eve, but soon found a loving home with Maggie. Ever since, Maggie has been an animal advocate and dreams of creating a safe space for "unadoptable" animals. Her home has 3-4 adopted dogs at almost all times.

Lawson is the co-founder of the TIGER FRANCES FOUNDATION, an animal rescue organization based in Los Angeles, California. The Tiger Frances Foundation believes we can end the abuse and homelessness of all animals by teaching children, and their adults, that animals are sentient, emotional beings, deserving of empathy and protection. Through innovative educational programs like Love On Paws, in partnership with programs serving often-overlooked student populations, the goal is to create a ripple effect. One kind word or loving gesture, one connective moment with an animal, can inspire a student, who will inspire her classmate, who will inspire his family, who will inspire their community.

The Humane Award is presented annually by Helen Woodward Animal Center President, Mike Arms, to a person or entity that has made a significant positive impact on the animal welfare world – devoting their time, energy, and resources to improving the quality of life for orphaned animals.  Past recipients include Bo Derek, DA Summer Stephan, Carrie Ann Inaba, Kristen Bell, Diane Keaton, Betty White, Jackson Galaxy, Tippi Hedren, and Linda Blair.

For more information on Helen Woodward Animal Center or the Humane Awards, log on to www.animalcenter.org or stop by in person at 6461 El Apajo Road in Rancho Santa Fe.