San Francisco 49ers defensive lineman NICK BOSA has been named the 2019 PEPSI NFL ROOKIE OF THE YEAR, Pepsi and the NFL announced today. Bosa was recognized online at nfl.com/rookies and accepted his award via video, as he and his San Francisco 49ers teammates prepare for Sunday's Super Bowl LIV showdown against the Kansas City Chiefs. 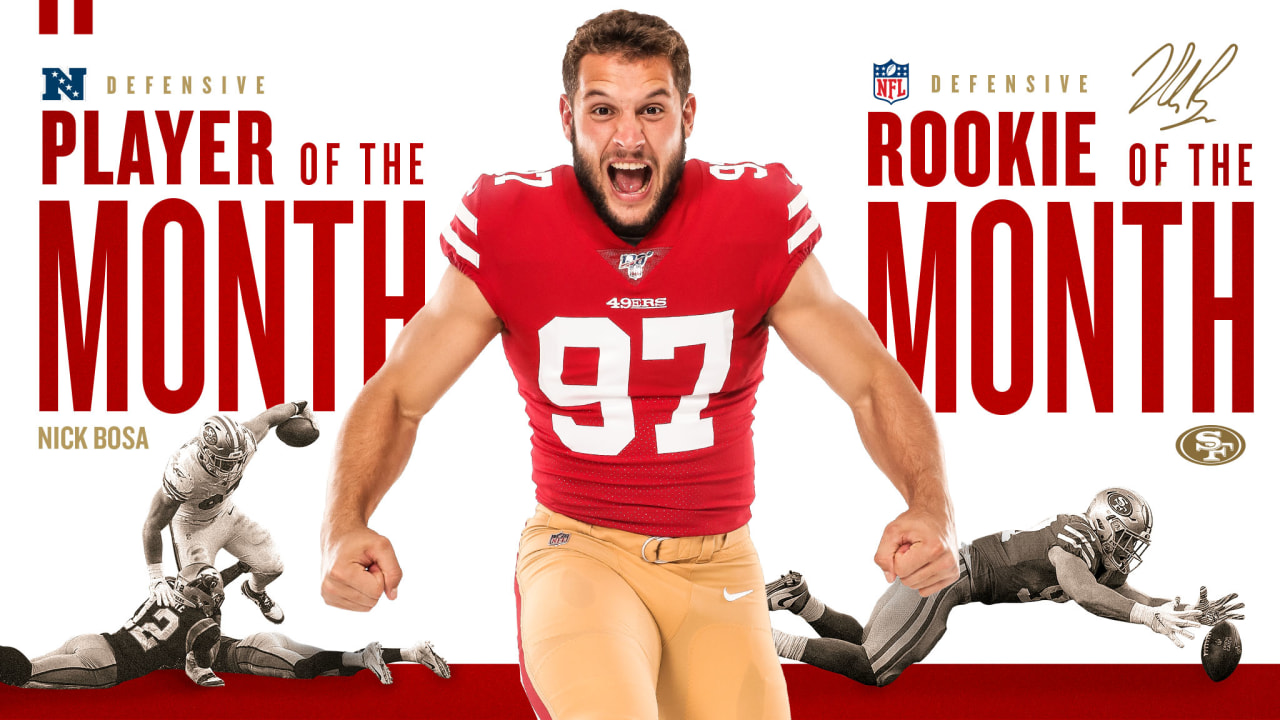 The No. 2 overall selection in the 2019 NFL Draft, Bosa set a rookie franchise record with 16 tackles for loss, in addition to nine sacks in 2019, and was selected to the 2020 Pro Bowl. He began the season with seven sacks in his first seven games, tied for the second-most by a player in his first seven games since 1982, when the individual sack became an official statistic. In Week 8, Bosa also joined Julius Peppers (October 13, 2002) and Kevin Williams (December 28, 2003) as the only rookies to record at least three sacks and an interception in a single game since 1982.

Bosa was one of five finalists nominated for this honor. The other finalists were Titans wide receiverA.J. Brown, Raiders running back Josh Jacobs, Cardinals quarterback Kyler Murray and Eagles running back Myles Sanders.

The five finalists were selected for their outstanding performances through the 2019 NFL season. Each week, five nominees were chosen for the Pepsi NFL Rookie of the Week and fans voted for the winner on NFL.com. Those results were used to help determine the finalists.