Gloria Vanderbilt, fashion icon and socialite, passed away on Monday at the age of 95. Vanderbilt learned that she had advanced cancer just this month, according to reports.

"Gloria Vanderbilt was an extraordinary woman who loved life and lived it on her own terms," said son Anderson Cooper in an on-air eulogy that aired Monday morning on CNN.

“She spent a lot of time alone in her head during her life, but when the end came she was not alone. She was surrounded by beauty and by family and by friends," Anderson Cooper added.

As written by Biography.com, Gloria Vanderbilt became famous early in life at the center of a battle between her mother and aunt for her custody and multi-million-dollar trust fund in the 1930s.

Her fame grew later in life as she ventured into theater, film, and fashion, with her jeans becoming a staple of the '70s designer scene. She has written several novels and nonfiction works, including It Seemed Important at the Time: A Romance Memoir, and is a noted collagist and creator of multidimensional panoramas featured in exhibitions. 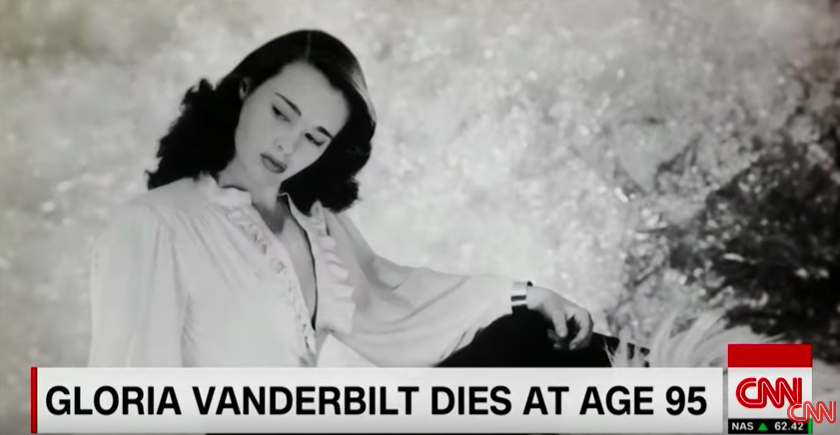