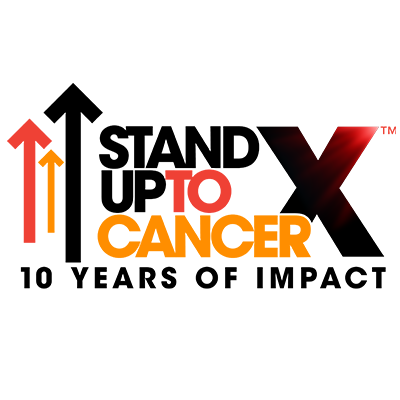 “As someone whose family has been significantly touched by cancer, I am proud to again have the privilege of co-executive producing this year’s Stand Up To Cancer telecast,” said SU2C co-executive producer Bradley Cooper. “This show reminds everyone that you are never alone … that there is a community of support out there when you need it most. That’s the power of SU2C. Most importantly, the telecast showcases the significant progress being made in the fight against cancer, instilling hope in those facing the disease. This one-hour broadcast unites us all to raise funds for more effective treatments to save lives now.”

The telecast will broadcast live from The Barker Hangar in Santa Monica, California. As in years past, ABC, CBS, FOX and NBC, along with AT&T AUDIENCE Network, Bloomberg TV, Bravo, Discovery Life, E!, EPIX, Escape, ESPNEWS, FM, Freeform, FS2, FXM, FYI, Galavision, HBO, HBO Latino, ION Television, Jewish Life TV, Laff, Logo, MTV2, Nat Geo WILD, PeopleTV, REELZ, SHOWTIME, Smithsonian Channel, STARZ, STARZ ENCORE, STARZ ENCORE ESPAÑOL, TNT, Univision Puerto Rico and WGN America are donating one hour of simultaneous commercial-free prime time for the telecast, with additional networks to be announced. Following the live broadcast, the telecast will be available to stream via ComedyCentral.com and the Comedy Central app, as well as its VOD partners. Aspire TV will air the Stand Up To Cancer telecast on Saturday, Sept. 8 at 8:00–9:00 a.m. EDT/PDT and 10:00 a.m. CDT. The entire telecast will also be available to stream live and on demand on Hulu.