The World's Highest Live Football Scoreboard Is In Dubai 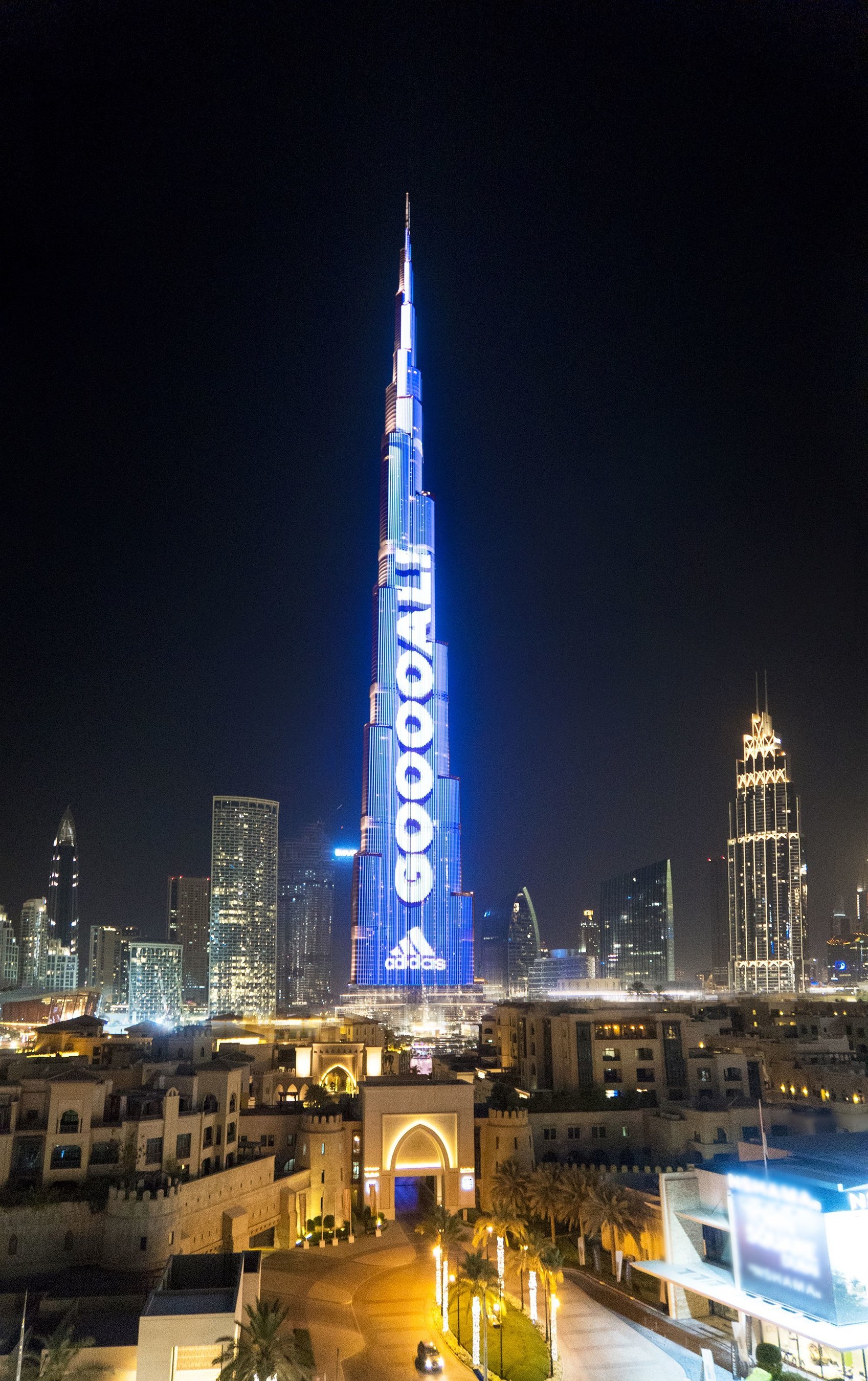 The iconic Burj Khalifa by global developer Emaar Properties in Dubai, which has the world's tallest LED panel installed on its façade, is now the world's highest Football Live Scoreboard.

With the finals drawing close, visitors and residents can keep up to date with the scorecards of the matches at the world's most popular football championship that are now relayed on to the LED screen of Burj Khalifa.

Featuring the flag of the goal-scoring nation as well, the scoreboard is updated in real-time for football lovers to catch up with the action set against the backdrop of The Dubai Fountain, the world's tallest performing fountain. A true celebration in light, the Football Live Scoreboard has been the centre of attention of all, since the world championship event started in June.

Visitors to Downtown Dubai can watch the scorecard from vantage viewing spots along the Waterfront Promenade of The Dubai Mall or from the Burj Park and beyond. They can also catch all the action from the matches at a dedicated tent set up in the exquisite setting of Armani Hotel Dubai, which marks Emaar's collaboration with fashion legend Giorgio Armani.

Burj Khalifa is at the heart of Downtown Dubai, the flagship development of Emaar Properties, which pioneered integrated master-planned lifestyle destinations in Dubai. Emaar also has a fast-growing global presence with several iconic developments in over 16 countries.

The new LED panel installation on the façade of Burj Khalifa uses state-of-the-art technology to host the scorecard as well as spectacular lights shows. The Light Up 2018 Downtown Dubai, the first such event, ushered in the New Year with a resplendent show that mesmerised the world. Burj Khalifa has over 1.1million LED pixels that are utilised for the illuminated shows and the Football Live Scorecard.

The action from all the matches can also be followed on the Instagram feed of Burj Khalifa. Simply tag #BurjKhalifa to be featured on the feed. For more information, log on to: www.emaar.com and www.burjkhalifa.ae