Six-time Grammy® nominated singer, songwriter and producer KASKADE has revealed that CID, Darrius, Illenium, JonasBlue, Medasin, Ookay, and Ravell will be joining him for an upcoming headlining series of shows beginning this May, called Spring Fling. Presented by Live Nation, the shows kick off on May 12th at Echostage in Washington, DC. Lineups for each show vary by city. See below for specific lineups for each show. 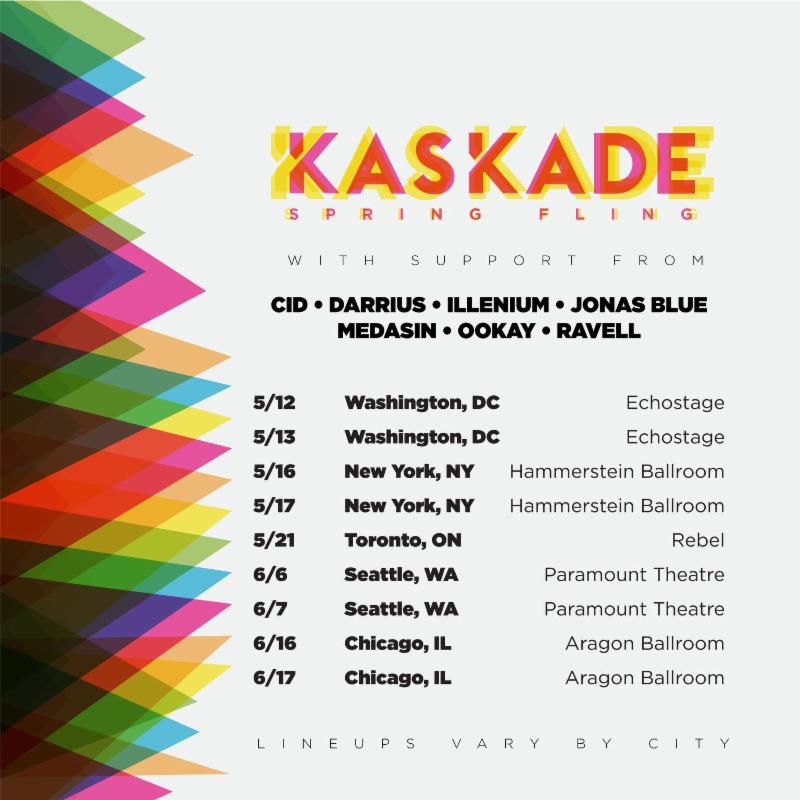 "I always want to make sure that from the moment they walk into one of my shows to the minute they walk out, my audience has been immersed in the best musical experience possible," said Kaskade. "From CID who my audience knows well, to Ravell who has several releases on Arkade to a few new names, there will be no down time at these Spring Fling shows. I couldn't be more excited to have this support  set the stage for what will no doubt be some epic nights."

For a list of upcoming Kaskade dates visit www.kaskademusic.com.