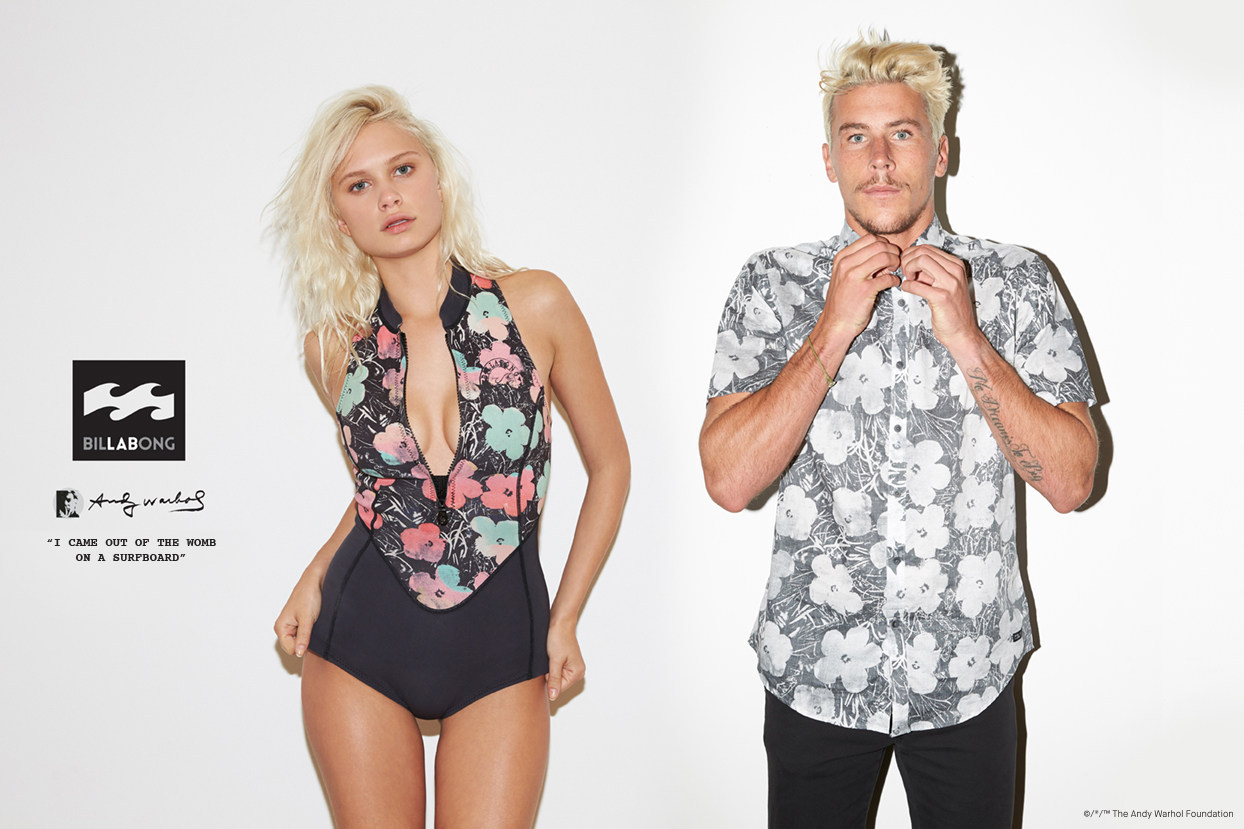 Billabong released Warhol Surf, an exclusive apparel and accessory collaboration with one of the world's most iconic artists, Andy Warhol.

The collaboration comes through Billabong LAB, a division of the company that supports artists, musicians, designers, photographers and surf icons, and The Andy Warhol Foundation for the Visual Arts, a non-profit organization recognized as one of the leading funders of contemporary art in the United States.

Warhol once said "I came out of the womb on a surfboard." Warhol Surf showcases Andy Warhol's little-known fascination with surf culture and is rooted in a mutual desire to challenge convention – a driving force found in both Warhol's work and Billabong's product innovation. The collaboration comes as a natural evolution of Billabong's rich history in partnering with the most influential artists, including Bob Marley and Metallica.

"Warhol's rebellious spirit and attraction to non-conformists led him to Southern California in 1968 where he spent two weeks filming surfers as part of his underground film, San Diego Surf. The Foundation is proud to collaborate with Billabong to celebrate individuals who refuse to be defined by convention," says Michael Dayton Hermann, The Andy Warhol Foundation's Director of Licensing. 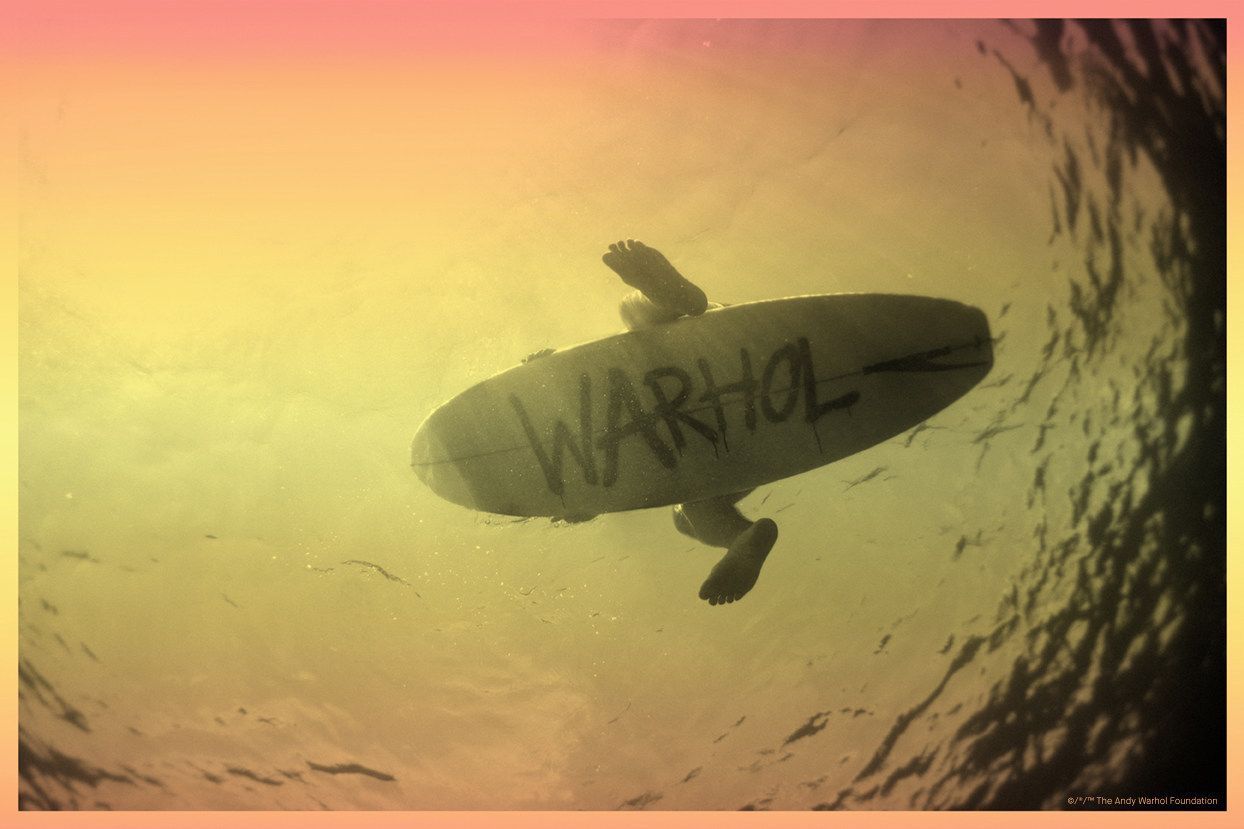 "Andy's dedication to progressing art and his love for the surf culture became a powerful connection to our brand and inspired us to create this collection," says Billabong's Global Brand President, Shannan North. "To see Warhol's iconic art come to life on our silhouettes is an important and celebrated moment in our brand history."

Warhol Surf is available globally at select specialty retailers and online at www.billabong.com. The collection features a range of surf-inspired products for men and women including boardshorts, swimwear, tops, tees and accessories, born as a result of combining Andy Warhol's iconic art with Billabong founder Gordon Merchant's original designs and signature silhouettes.

For more information on Billabong, Billabong LAB, The Andy Warhol Foundation for the Visual Arts, Inc., and Andy, visit warholsurf.billabong.com and warholfoundation.org or on Instagram at @Billabong and @Billabongwomens.