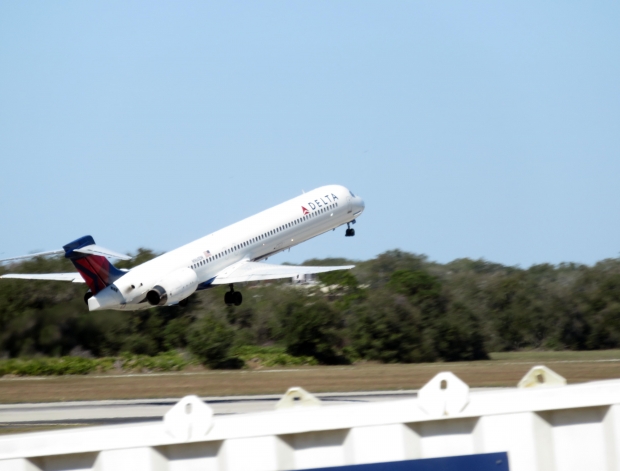 Did you know that post-flight dehydration is a thing? It is! Think about those bags of peanuts when you're sky high... You regret not drinking more water during the flight and feel your skin tight. However, drinking water on a longer flight is a double-edged sword, if you don’t your entire epidermis dries up; if you do your lower body retains the liquid. So how can you fly without the ankle swell or the skin dehydration?

Dr. Christopher Calapai DO, an anti-aging and stem cell expert and long time health advisor to the New York Rangers hockey team, tells us how to fight the dryness with foods.

“Watermelon is one of the most hydrating foods there are,” says Dr. Calapai “Its a great alternative to plane snacks which have large amounts of sodium, which in turn make you more dehydrated.” Pack big thick slices in a large plastic baggie and take them in your handbag, they won’t be taken away at TSA and will help you avoid the salty peanuts.

“Cucumbers are about 96 percent water,” says Calapai “They also contain no saturated fat or cholesterol and are high in Vitamin B6 which helps in the production of serotonin which is the brain chemical that controls mood.” You can slice them or cube them and also bring them along in a baggie or small container. Try making small cucumber-watermelon bites, they are pretty delicious!

When the airplane cookies come around say no thanks and reach for some strawberries instead! “Strawberries have the highest water content of any berry, 92 percent to be exact,” shares Calapai “You can enjoy the tart-sweet flavor without consuming too much sugar.”

If you’re the type that needs an actual meal to feel satisfied bring along a salad. Add tomatoes, juicy chicken, plenty of lettuce and goat cheese. Lettuce is 96 percent water and tomatoes are 94 percent water. Go easy on the salt when seasoning your chicken and grill it or steam it instead of frying it to retain moisture. Make up for flavor and texture with some goat cheese! All the ingredients stay good at room temperature most of the day and there’s no heating required when it’s time for lunch/dinner.

Ok so you can’t totally avoid drinking liquids! “Coconut water is low in calories and high in naturally occurring hydration replenishing electrolytes, which regular water does not contain. It’s a better option than sports drinks which have artificial flavors and more calories,” advises Dr. Calapai. After you’re past security grab a bottle of coconut water from any of the airport mini-marts.

Dr. Christopher Calapai, D.O. is an Osteopathic Physician board certified in family medicine, and anti-aging medicine. Proclaimed as the "The Stem Cell Guru" by the New York Daily News, Dr. Calapai is a leader in the field of stem cell therapy in the U.S. His stem cell treatments have achieved remarkable results in clinical trials on patients with conditions as varied as Alzheimer's, arthritis, erectile dysfunction, frailty syndrome, heart, kidney and liver failure, lupus, MS and Parkinson's.

He has worked with Mike Tyson, Mickey Rourke, Steven Seagal, and Fox series Gotham's, Donal Logue; he was a medical consultant for the New York Rangers. Connect with him via twitter @drcalapai or at www.drcal.net