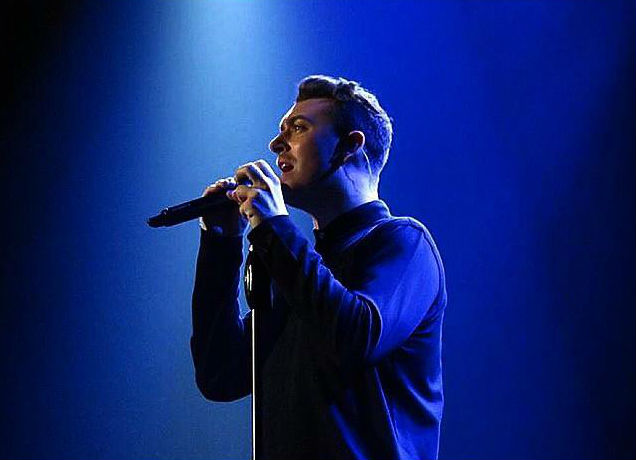 Capitol Records presented Sam Smith with a plaque commemorating four million adjusted album sales of his GRAMMY-winning debut album, In The Lonely Hour, at a ceremony at the Troubadour in West Hollywood, CA. The young U.K. artist made his U.S. debut at the legendary venue with two sold-out shows on December 2 and 3, 2013. By January 2015, Smith was playing sold-out concerts at New York City's Madison Square Garden and The Forum in Los Angeles. His current North American arena/theatre tour is winding down tonight in Dallas, TX.

Released in June 2014, In The Lonely Hour debuted at No. 2 on the Billboard 200 and is still charting in the Top 20. It is the biggest-selling U.K. male debut in the SoundScan era. Smith's tally for RIAA-certified Single sales in the U.S. has reached 14 million, including: "Stay With Me" (6x Platinum), "I'm Not The Only One" (4x Platinum), "Lay Me Down" (2x Platinum) and the Gold singles "Like I Can,""Leave Your Lover,""Money On My Mind" and "Latch."

In February 2015, Smith set a record at the GRAMMY Awards, winning a total of four awards - the most ever received by a U.K. artist following the release of a debut album. Smith was named Best New Artist, In The Lonely Hour took Best Pop Vocal Album honors and "Stay With Me" won awards for both Record and Song of the Year.