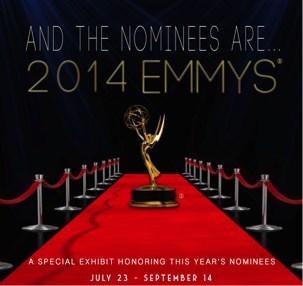 The Hollywood Museum celebrates the 66th Primetime Emmy® Award nominees with an exclusive exhibition showcasing costumes, props and more from over twenty Emmy®-nominated television programs. 'And The Nominees Are...Emmys® 2014' will be on view at The Hollywood Museum in the Historic Max Factor Building located in the heart of Hollywood through Sept. 14. The Hollywood Reporteris the Media Sponsor.

Television
32 TV Shows Honored For Shooting In The Golden State