Nintendo Shows Off Their Holiday Season Games Around The US 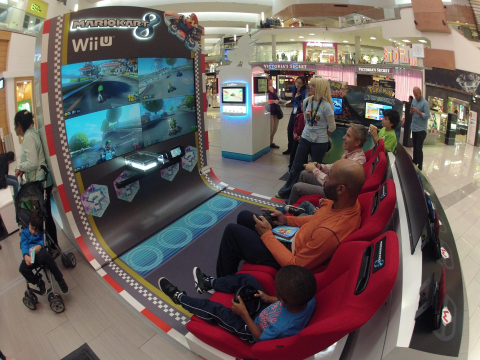 From Nov. 24th through Dec. 21st, Nintendo will visit 16 malls across the country to offer holiday shoppers a great escape featuring hands-on play time with the season’s must-have games for Wii U, Nintendo 3DS and Nintendo 2DS. Visitors can even check out amiibo, Nintendo’s new foray in the toys-to-life category, which are based on some of its most recognizable video game characters.

A fun, interactive space tailored to kids – and kids-at-heart – will feature many Nintendo games, including a Mario Kart 8 tournament played on a large, high-definition display. Visitors can also battle it out in Super Smash Bros. for Wii U. Additionally, free giveaways, including the Nintendo Holiday Gift Guides, will be available to consumers, while supplies last.

Join the fun of Nintendo’s holiday shopping experience at the following locations:

The Holiday Gift Guide can also be found online at http://happyholidays.nintendo.com.