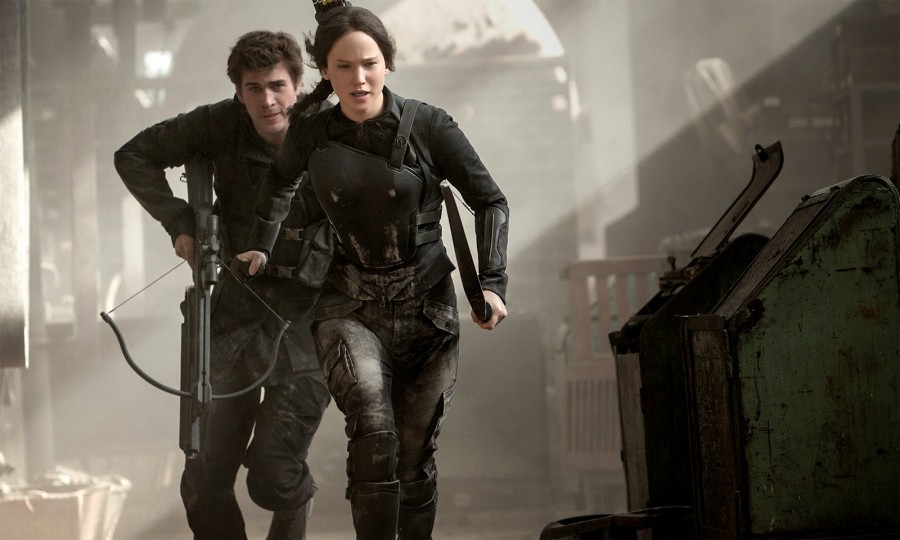 Lionsgate’s “Hunger Games” franchise never ceases to surprise. After a ho-hum opening act, the popular YA series rebranded itself with a new director (replacing Gary Ross with Francis Lawrence) and an edgier, more satirical tone for last year’s “Catching Fire.” Now, yet another year later, Jennifer Lawrence and gang follow up their successfully reinvigorated series with a third installment that is nothing short of an uninspired filler clearly intended to lay down the groundwork for the final film.

Using the same shtick as the adapted “Twilight” and “Harry Potter” films, the third and final adventure in Suzanne Collins’ bestselling series — “Mockingjay” — has been extended into two films. Obviously, this Friday’s release is part one of two. Sadly, the storyline is just as obvious. It’s also boring, lengthy, and incredibly unnecessary.

For anyone that needs a quick refresher course, here’s the deal when it comes to "The Hunger Games." After two movies, bow and arrow wielding protagonist Katniss Everdeen (Lawrence) has all but ruined the Capital’s yearly Hunger Games death match. Last time around she, along with a few others, broke the game and managed to escape into the previously unknown 13th District of Panem. Unfortunately, Katniss’ love interest Peeta (Josh Hutcherson) was left behind to meet the fate of the tyrannical President Snow (Donald Sutherland), leader of the Capital. The main takeaway is that “Mockingjay” opens in a time and place that has no arena, no hyper violent adolescent fight sequences, but a heck of a lot more post-apocalyptic rubble. In short, it’s the Hunger Games without the Games. 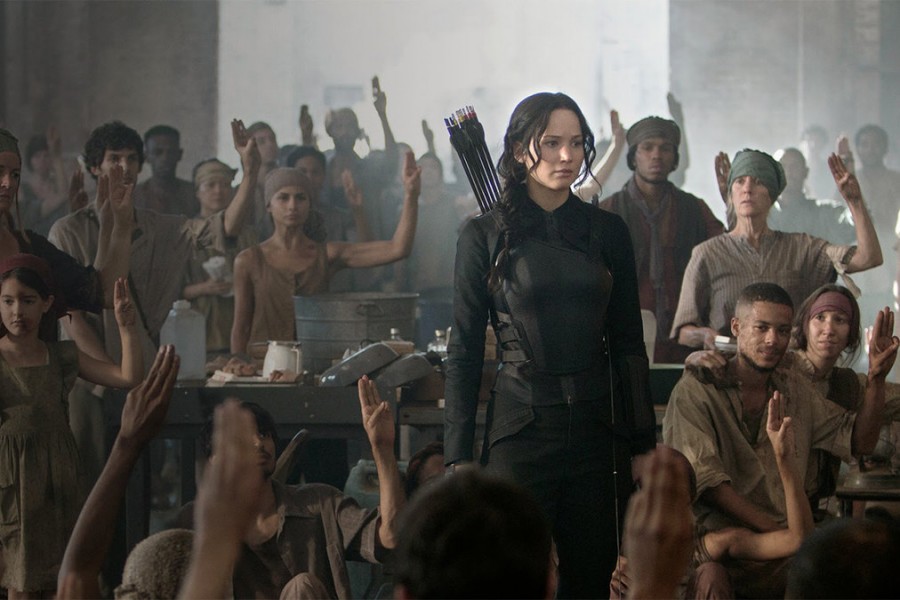 But anyone that has seen the previous movies or has read the books already knows this. In terms of story, the large majority of it takes place underground where District 13’s citizens go about their plans of revolution. These denizens of D13 are the one group of people most inspired by Katniss’ act of diffidence in “Catching Fire” and also happen to hold enough high grade weaponry to seriously threaten the Capital. Going along with Plutarch Heavensbee (Philip Seymour Hoffman) and District president Coin’s bidding, (Julianne Moore) Katniss finds out early on that she will be forever known as the poster child of this revolution. Soon Katniss finds herself shipping into battle not as a soldier, but as a propaganda tool.

After doing such a good job covering up Collins’ oftentimes overt satirical comments regarding violence, democracy, and popular news last time they adapted her work, screenwriters Peter Craig and Danny Strong have taken a huge step back in their storytelling technique with “Mockingjay.” Pretty much all subtlety is gone from the third film in the series. More than that, at this juncture, it’s almost as if Lionsgate gave the filmmakers the green light to openly bash the audience over the head with satirical remarks. It’s painful to watch. 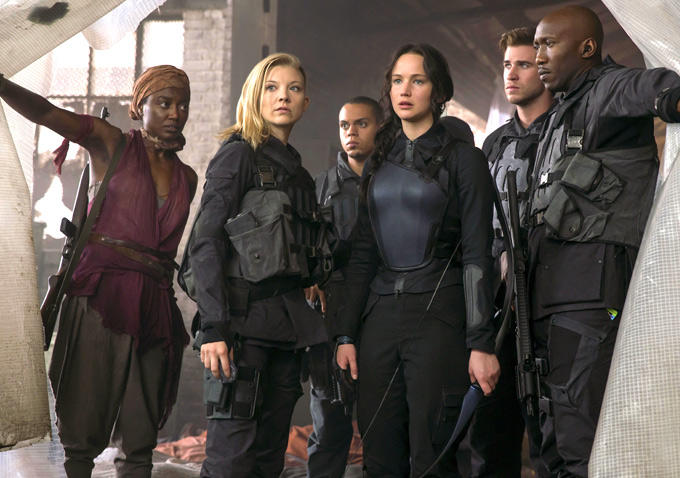 As far as seeing the story’s characters evolve and change from movie to movie, the screenwriters seem to have left this off their to-do list too. Jennifer Lawrence gives Katniss as much emotion as she can, but given the flat dialogue and uneventful actions, there really isn’t much the actor could do to help the cause. From beginning to end, her character deals with nothing more than minor dilemmas that could have easily been skipped over if the adaption was done correctly.

When it comes to the supporting cast members — many of whom are wildly talented and typically deserve praise — there really isn’t much to note. Since Peeta was left behind in the arena, his screen time is significantly reduced in the film. Liam Hemsworth does get a boost in screen time because his Gale character is a fellow District 13 denizen alongside Katniss, but none of his acting is revelatory enough to convince us that he truly yearns for Katniss. 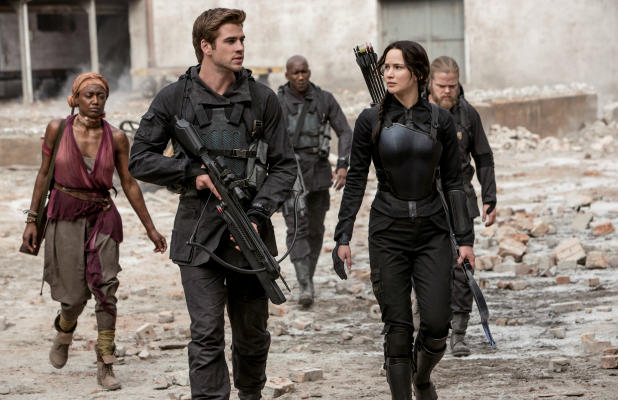 The one bright note, who has been fantastic all series long for that matter, is Elizabeth Bank’s Effie Trinket. The character often pops up when a comedic line or moment is necessary. Unfortunately, the film has no problem being overwhelmingly dour. For a movie that clocks in at just over two hours, the action and tension also feels very minimal. There are some cool CGI effects during a Water Raid scene, and Katniss gets to take out a fighter plane with an exploding arrow, but that’s pretty much about it on the action end of things.  In its place is a lot of shakycam, guerilla style cinematography that is all but nauseating on the big screen. I guess director Francis Lawrence forgot that shakycam is so 2013.

Let’s be honest here, in the grand scheme of all that is cinema, does anyone actually remember “Deathly Hallows Part 1” or “Breaking Dawn Part 1?” I sure don’t. If history repeats itself, like it does so often, people will be saying the same thing in regards to “The Hunger Games: Mockingjay Part 1.” It’s inevitable. Hopefully fans will finally get the “Mockingjay” they deserve next year.

Rated PG-13 for intense sequences of violence and action, some disturbing images and thematic material