Words With: Landon Liboiron in Progress

Unlike most kids who are fascinated by dinosaurs, Landon Liboiron admitted that he was terrified of the “Jurassic Park” films when he was a child. Ironically enough, years later Steven Spielberg cast him in “Terra Nova,” which is how most of us became acquainted with 21 year-old, Landon’s work. 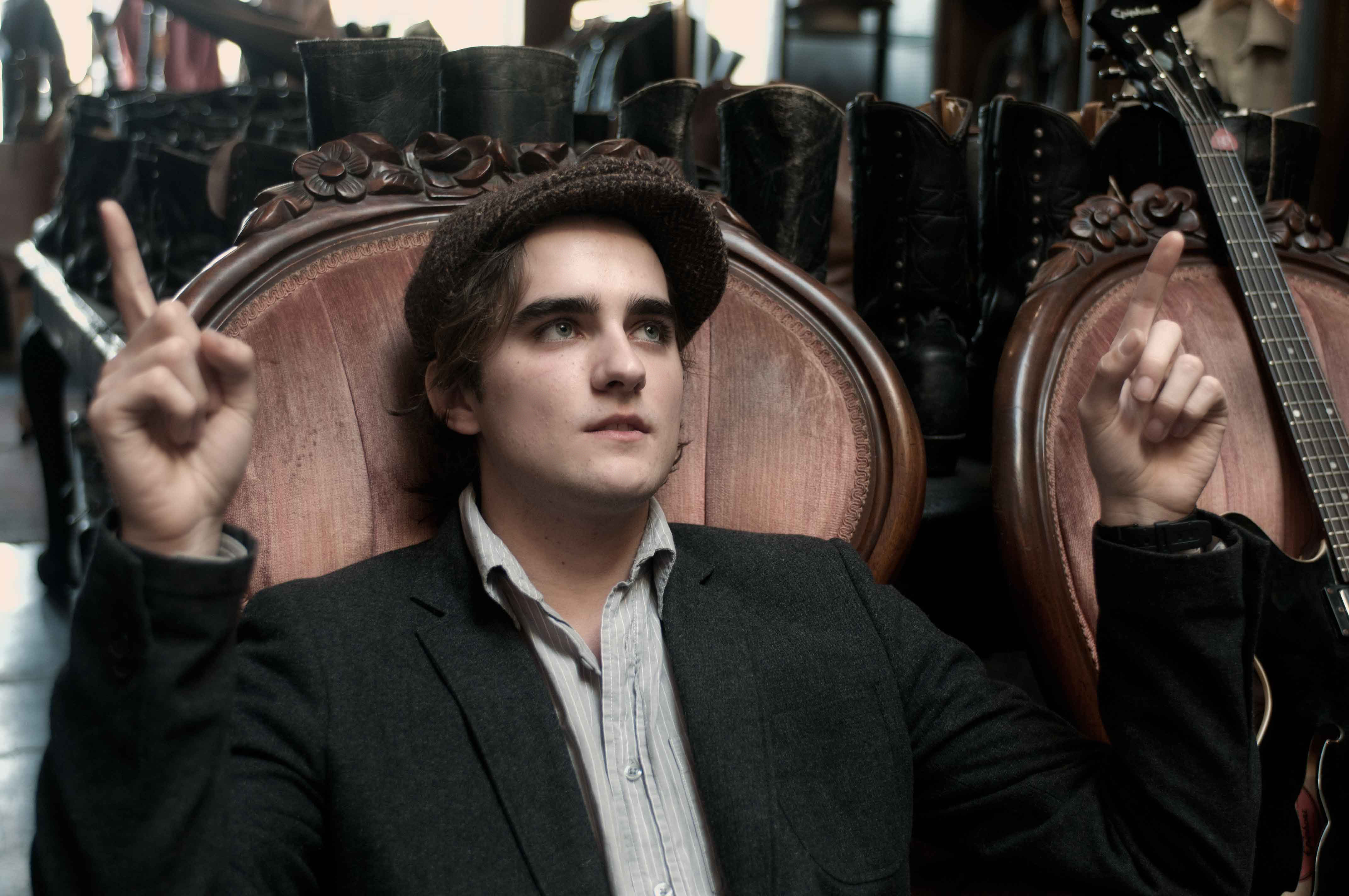 The big budget FOX series travels back 85 million years. His character tackles family quarrels and teen angst, as well as Tyrannosaurus Rex and Velociraptors. It turns out that the TV series was one of Landon’s first U.S. projects after a brief stint on the CW’s “Life Unexpected.” Landon grew up far from the city without easy access to the industry. Unlike a typical teenager, he was raised on a farm in Alberta, Canada where he herded cattle. With the help of his mother, he was able to make the long drive to Vancouver for auditions. In 2009, he caught a break joining the cast of the popular teen drama series, “Degrassi: The Next Generation.” Today, he is still recognized for playing the role of Declan Coyne. With a few small movies also under his belt, Landon will make his U.S. film debut on April 27th in “Girl In Progress.” I met with the actor just before he headed to an audition for yet another motion picture.

PP: For the most part, you’ve been doing a lot of television. Are you looking to do more film after Girl in Progress?

LL: Yeah. I love film. I really enjoy TV, and I’m glad that I’m doing it, but, the overall goal is to do film. I like the dark stuff. I like dramas, but when it comes to it, I want to explore every avenue of film. I even want to try comedy. I want to do it all.

PP: What inspired you to become an actor?

LL: I don’t think anything inspired me. I don’t think I ever really chose to be an actor, I just was an actor. I think it kind of just chose me. When I was a kid, my mom would watch soap operas while she cleaned the house, and so when I think I was five or six, I would come up with characters and I created my own soap opera for my mom. And I was just always in a costume. I think I wore a Two-Face costume to church once.

PP: In your latest film, “Girl In Progress,” you had some awkward scenes with Cierra Ramirez; one in particular was in the bathroom. What was it like shooting those scenes?

LL: It was fun. It’s kind of fun to be a loser. Also, it was such a comfortable set that it was easy to laugh about it with everyone and never feel judged. So I just went for it. It was a lot of fun to be able to play that naivety. 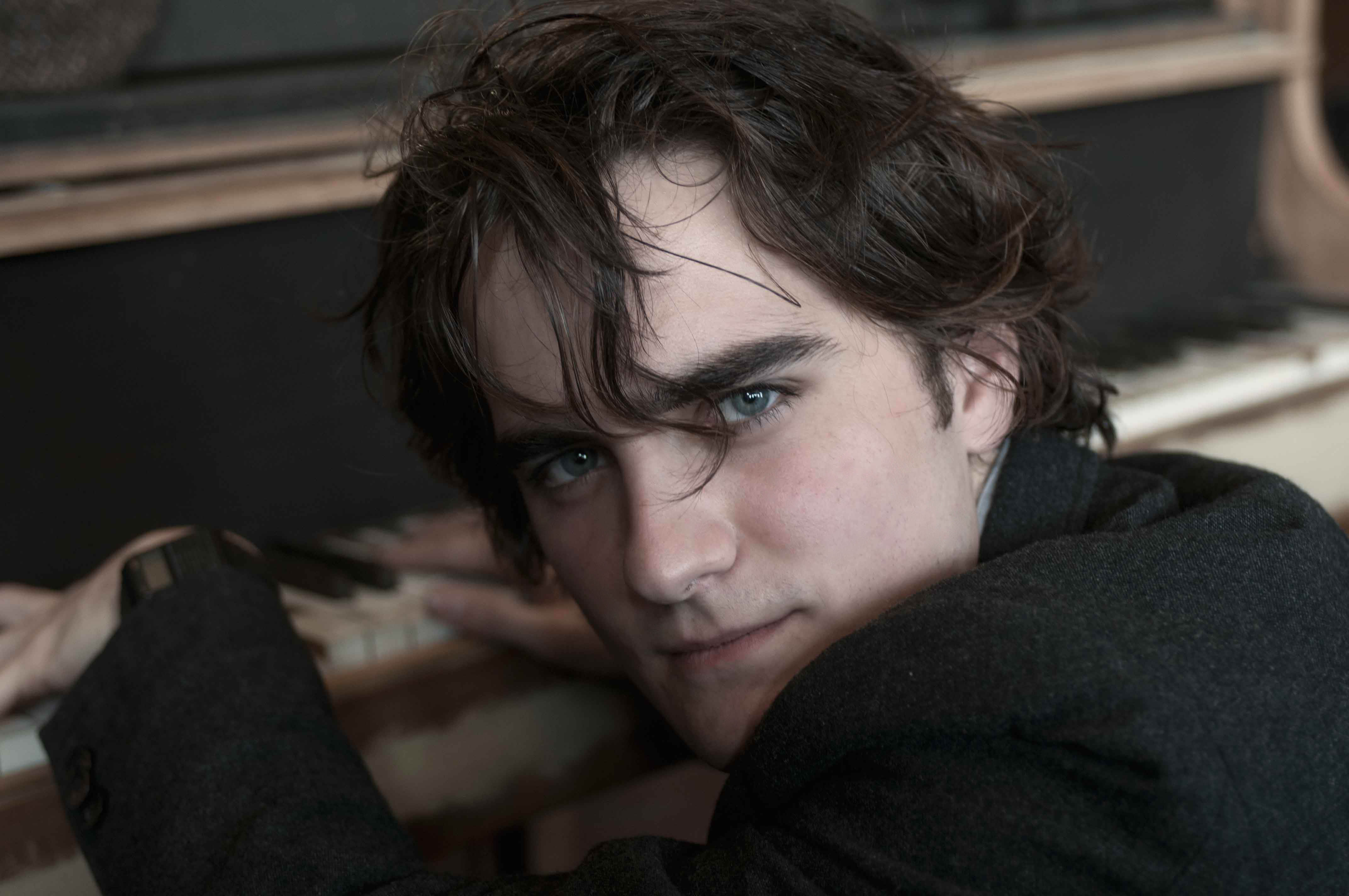 PP: But you were a cool guy, and then you ended up sort of being the loser.

LL: Yeah. Not every cool guy is cool in the interior.

LL: It was interesting. Because I went to a very athletic and academic high school, it was hard to be an actor. However; because the kids in high school didn’t really understand what I was doing, there was never any sort of judgment towards it. The great aspect of being an actor was that I was always leaving high school to go on sets. Other than that, I was just a normal kid in high school. I was the kid who would say ‘hi’ to everyone and just made it through.

PP: You didn’t really fall into a specific clique?

LL: I tried not to. But it’s hard in high school.

PP: Your first big project was Degrassi, which is a big show now both in Canada and the U.S.

What was your experience with the show?

LL: Degrassi was incredible. It was the best stepping stone into media and working on a show full-time. It was just such a well-oiled machine--since they’ve been working as a show for so long--that it was really easy to step in and do what I had to do. And everyone was so nice. It’s just the nicest set to be on and I made a lot of really good friends with the cast. I miss it. It was a really great experience.

PP: Are you recognized a lot more for that project?

LL: Yeah. I get more from Degrassi than I do Terra Nova. It’s amazing because I was only on for a season and a half, and they still know my character on Degrassi more than Josh Shannon. 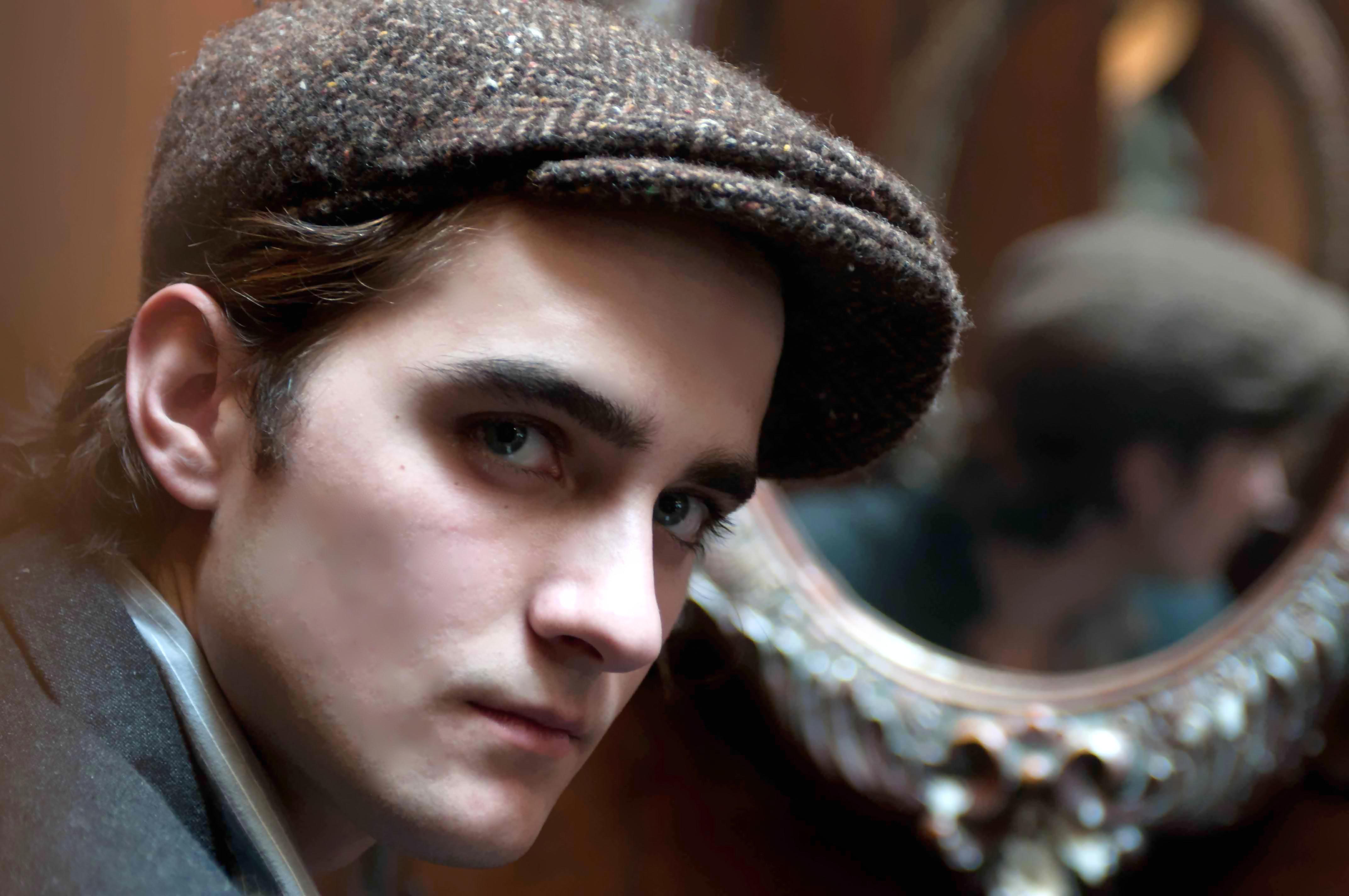 PP: Terra Nova must have been quite a journey. What was it like filming in Australia?

LL: Australia was an adventure. It was very far away and sort of detached from over here. The cast all really joined together as a family and we explored the whole country together. We would take drives to certain places together and it’s just such a beautiful country to witness. The beaches are amazing, the hikes were beautiful and there are so many different things you can see. It was really fantastic.

PP: How do you prepare for a scene when there is supposed to be a dinosaur right in front of you?

LL: You just kind of ask the five year old in you for some help. You have to go back and you just have to pretend. You have to play.

PP: Can you tell me about the process as far as shooting with the green screen?

LL: Yeah. Actually, there wasn’t a whole lot of green screen because they would put in the dinosaurs in the locations where they would shoot. So for a lot of it we were actually in this rain forest and there were always actual Australian animals that would be making crazy sounds. So you’d be in the scene and then this thing would *makes funny sounds* and you’d be sitting there thinking, “What was that?” Then the world sort of just gave itself to you. You didn’t really have to worry about the green screen or any of that. But yeah, you just have to play.

PP: You have to be an actor. 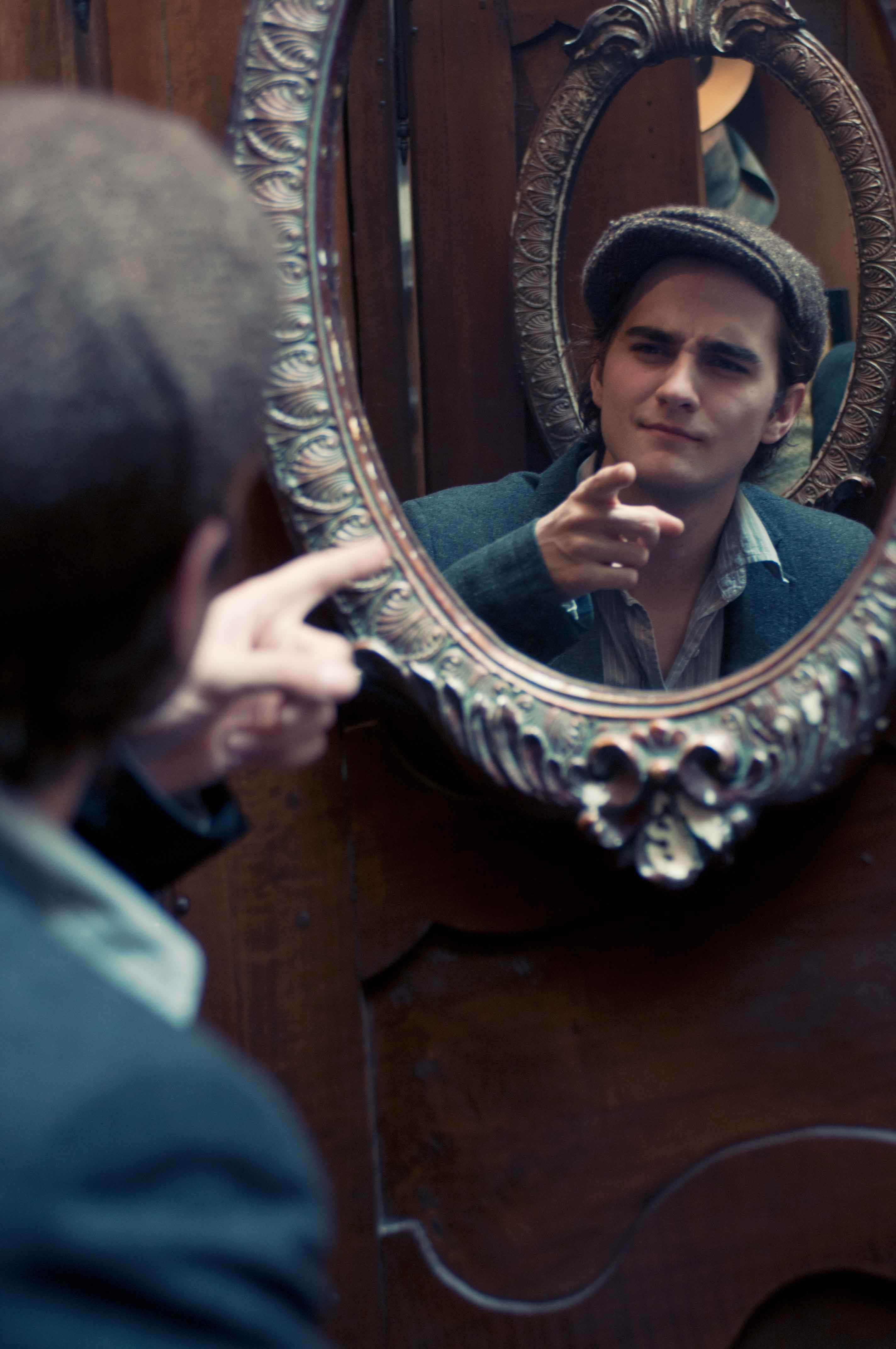 PP: Were you a fan of Jurassic Park?

LL: Jurassic freaked me out as a kid. With the first one, when they were stuck in the tree and the cab would like start going down, that was the worst.

PP: Steven Spielberg is obviously a producer of the show. Did you get to work with him at all?

LL: I never actually met Spielberg, but his presence was felt during the pilot and throughout. Every week or so, we’d get a call saying, “Spielberg saw the dailies. He likes what he’s seeing. It’s great.” So he was kind of the Wizard of OZ. His presence was felt the whole time, but we haven’t met him yet.

PP: Can you tell me anything about the future of Terra Nova?

LL: We’re still waiting to hear if it’s going to get picked up.

PP: Where would you want the story to go?

LL: Well, now that at the end of season 1 the communication and the portal to the future was destroyed, everyone’s sort of stuck in Terra Nova. So what I would like to see is it become a little more tribal; a little less about the technology and more about human beings trying to survive in this jungle full of dinosaurs. I’d like to see it become a lot more about the combat and survival off land.

PP: Do you still reside in Canada?

LL: Yeah. I come down to visit LA whenever I can. But I think Alberta and Vancouver will always sort of be my home base. I think the goal one day is to have a house in Vancouver and a place down here.

PP: You come from a farming town and you’ve done farming yourself with the cattle. It must be really different between your life going to premieres and photo shoots.

LL: Red carpets can be a little bit of a cattle call sometimes. But yeah, it is. It’s very different and I wouldn’t give up growing up in Jenner, Alberta for the world. It was the perfect training ground to become a humble person. I just find myself extraordinarily lucky to be able to be a part of this world down here.

PP: What about your studies?

LL: No. It’s funny; as soon as I got out of high school I moved out to Vancouver to pursue acting full time. Right now I don’t think I’ll go to college, but I continue to take acting classes and I continue to work out that muscle. But I am doing self-education. I’m writing and I’m reading a lot of books on writing, so I’m trying to teach myself those things. 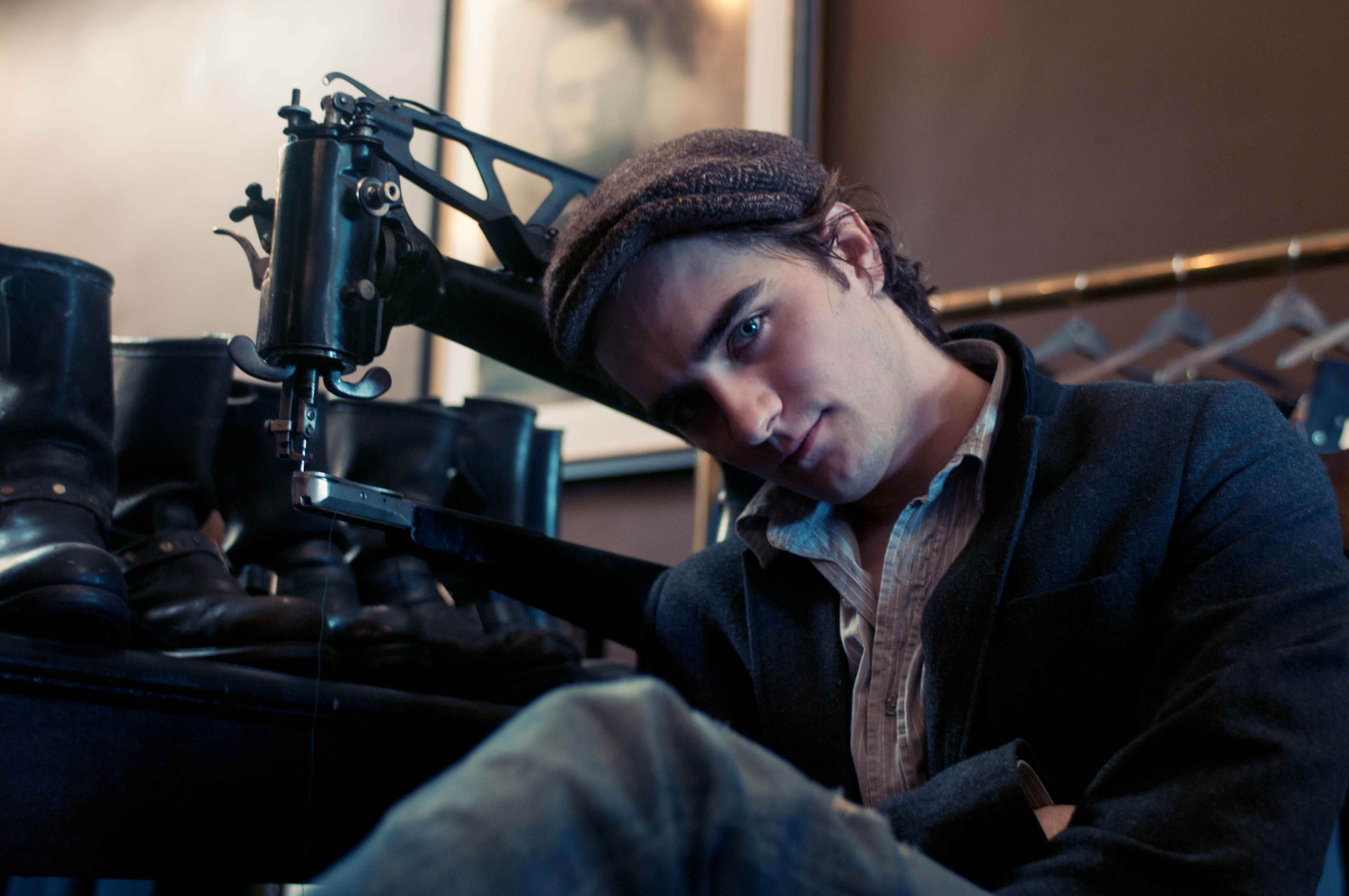 PP: What about theater?

PP: A quote of yours is: “I’ve always said it’s one thing to act and tell a story, but it’s another thing to perform someone’s actual story.”  Whose life story would you like to tell if you were to portray someone?

LL: I would love to be able to play Kurt Cobain. He’s just an interesting person; an icon of rock.  Kurt Cobain would be amazing to play. But I hope that Kurt Cobain never has to be played, though.

PP: What do you do in your free time?

LL:  Lately I’ve been reading a lot and trying to read as many books as I can. I’m also writing my own scripts and I just try to hang out with friends as much as possible. I have so many wonderful friends. I just actually directed my first short film and came down here in my free time to do it. I wrote a five page script and I organized a bunch of my friends to help me out and we filmed the short film this weekend.

PP: Are you going to submit it into festivals?

LL: If it’s good. I don’t know; it’s my first time. It was definitely an interesting experience.

PP: Okay. Do you want to tell us anything interesting about the project?

LL: Yeah. It’s about this lonely guy who’s lost love and he’s sort of replacing love with this girl he has over once a week. Then he plays out this fantasy with this girl that he once had with his past lover.

PP: Someone is a romantic. 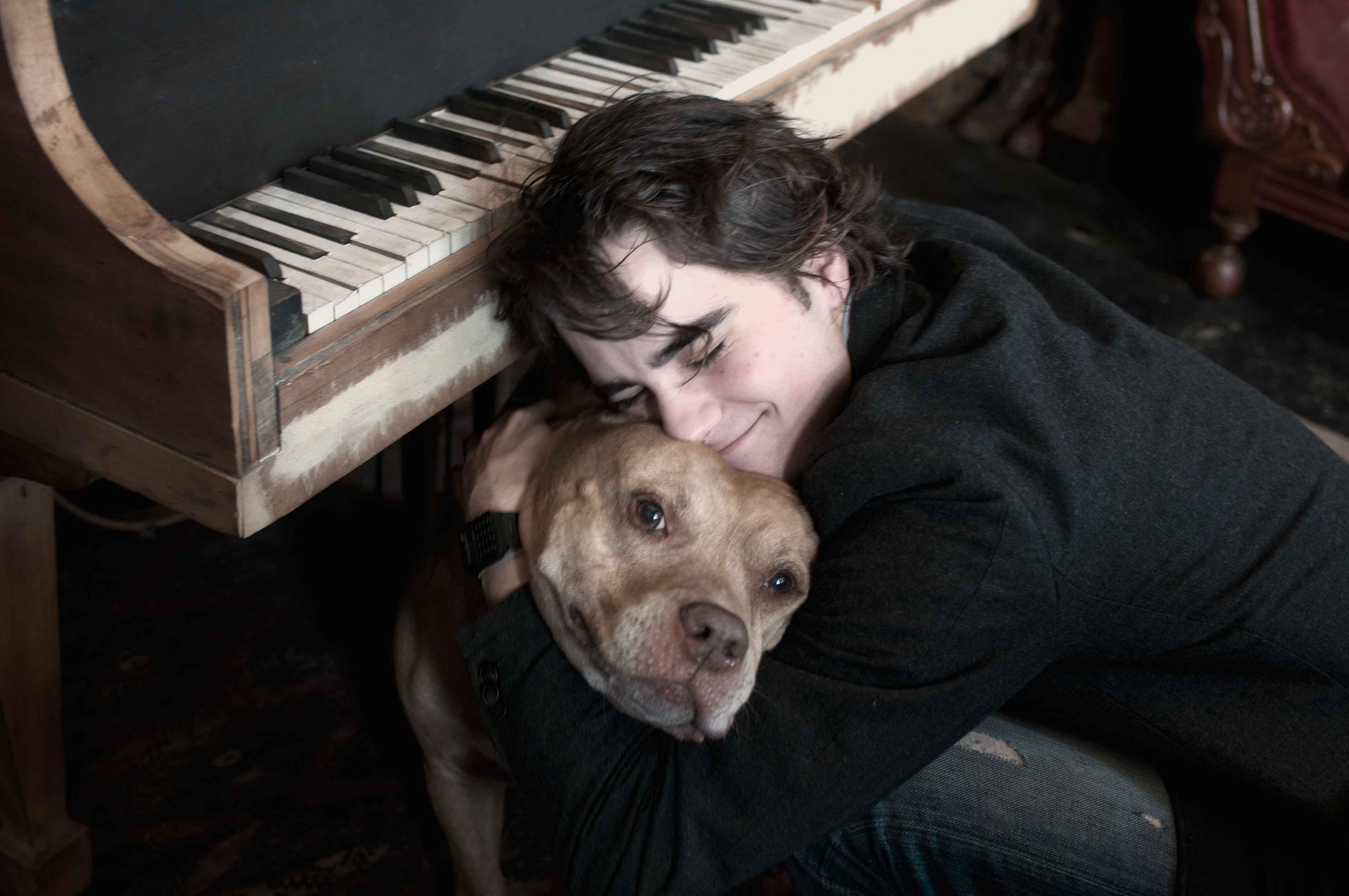 PP: So what’s in the future for you after the “Girl in Progress?”

For our own selfish reasons, we hope that “Terra Nova” returns to TV for another season. We have no doubt that challenging roles will present themselves to Landon, allowing him to excel as a brilliant actor. 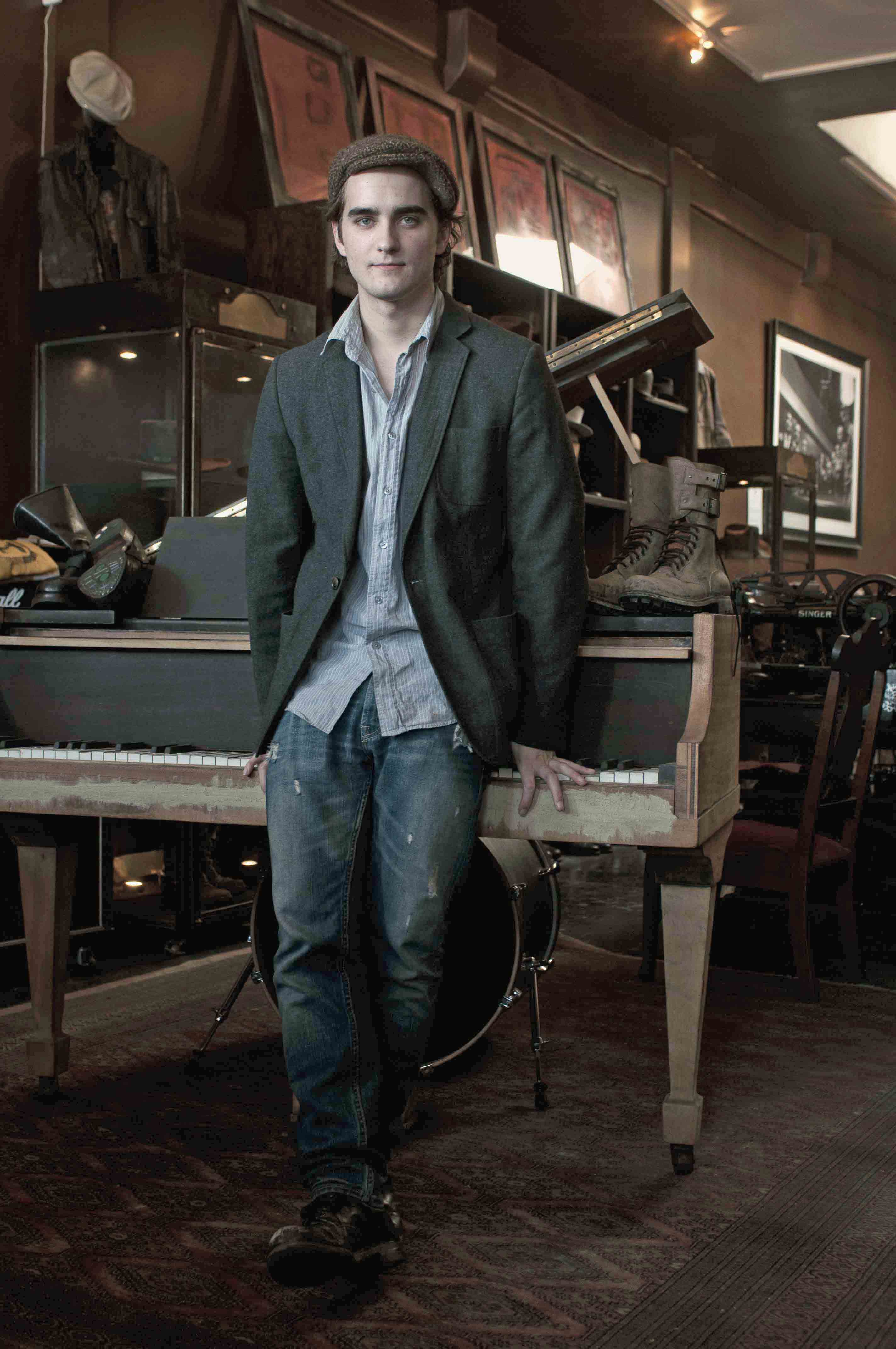