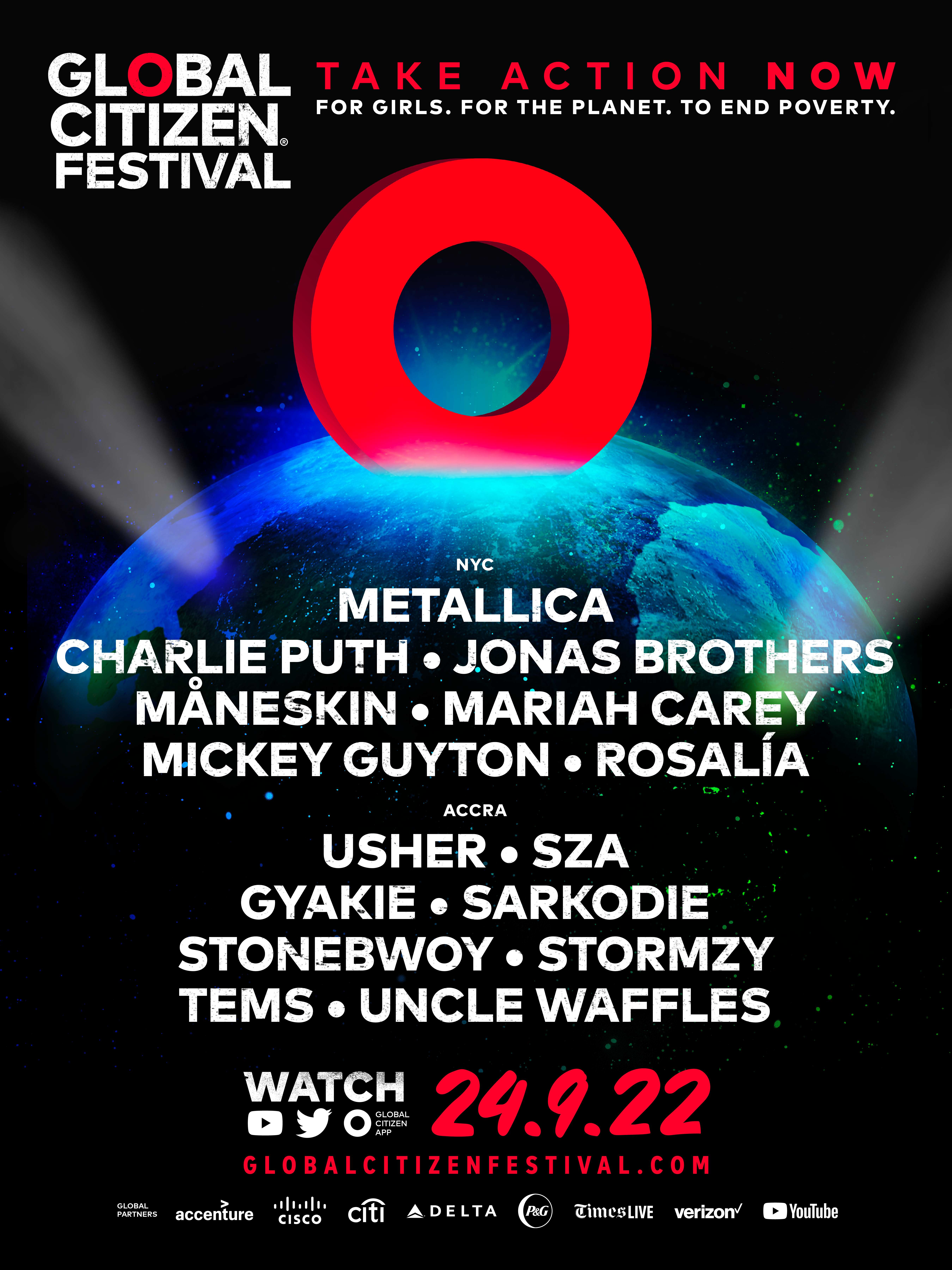 The 2022 Global Citizen Festival returns for its 10th anniversary edition on Saturday, September 24, 2022 to call on world leaders and major corporations to take urgent action for girls, for the planet, and to end extreme poverty NOW.

Hosted by international advocacy organization Global Citizen, the nine hour global event is calling on world leaders gathering at the United Nations General Assembly, as well as major corporations and philanthropic foundations, to End Extreme Poverty NOW and invest $600 million into the future of women and girls; close the annual $10 billion climate financing shortfall; deliver $500 million to help African farmers respond to the global food crisis; and reallocate IMF Special Drawing Rights to provide urgent relief from debts unjustly crushing economies. Global Citizen explicitly acknowledges that sustainable change is only possible with the people and activists who advocate for change on the ground, who should never have to risk their lives because of doing so.

Tickets to attend the festivals in Accra, Ghana and New York City can be earned by downloading the Global Citizen app or visiting www.globalcitizen.org to take action on the campaign’s issues. For each action taken, users earn points that can be redeemed for tickets to the festivals.