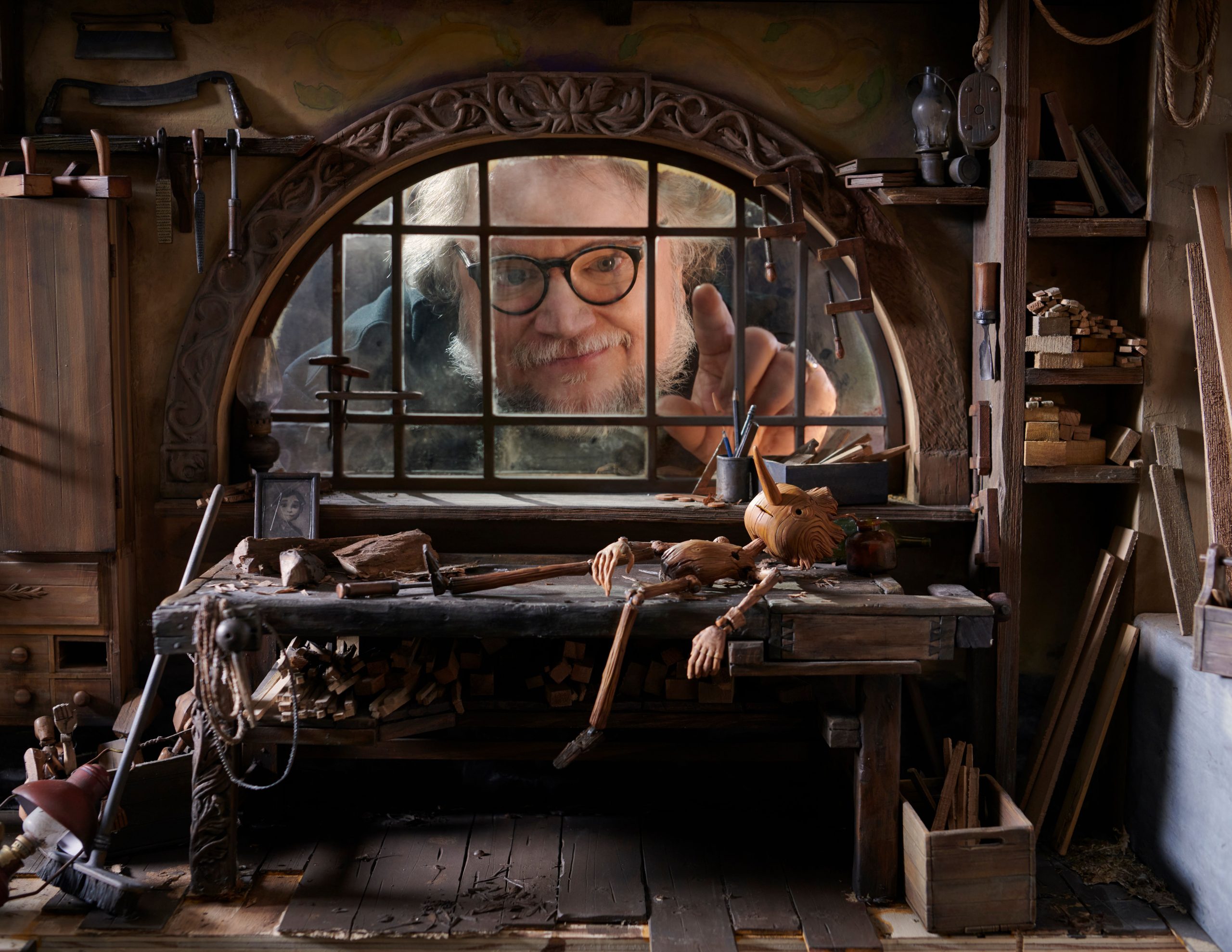 “Now is the time to open our hearts and minds to stories on the big screen,” said Bob Gazzale, AFI President and CEO. “AFI is honored to gather audiences and artists in the heart of Hollywood to experience the work of these master storytellers.”

The World Premiere of Apple Original Film’s SELENA GOMEZ: MY MIND AND ME will open the festival and the U.S. premiere of Universal Pictures’ and Amblin Entertainment’s THE FABELMANS, directed by AFI Life Achievement Award recipient and Academy Award®-winning director Steven Spielberg, will close AFI FEST 2022.

BARDO, FALSE CHRONICLE OF A HANDFUL OF TRUTHS

Five-time Academy Award® winner Alejandro González Iñárritu brings us BARDO, FALSE CHRONICLE OF A HANDFUL OF TRUTHS. BARDO is an epic, visually stunning and immersive experience set against the intimate and moving journey of Silverio, a renowned Mexican journalist and documentary filmmaker living in Los Angeles, who returns to his native country, unaware that this simple trip will push him to an existential limit. The folly of his memories and fears have decided to pierce through the present, filling his everyday life with a sense of bewilderment and wonder. Mexican actor Daniel Giménez Cacho plays Silverio Gama in an indelible performance. Shot on resplendent 65mm by Academy Award® nominee Darius Khondji and written by Iñárritu and Nicolás Giacobone, BARDO marks Iñárritu’s first film to be shot in Mexico since 2000’s international sensation AMORES PERROS. The film features production design by the Oscar®-winning Mexican designer Eugenio Caballero and costume design by Anna Terrazas. Cast includes Daniel Giménez Cacho, Griselda Siciliani, Ximena Lamadrid and Iker Solano.

BARDO, FALSE CHRONICLE OF A HANDFUL OF TRUTHS will screen on Thursday, November 3.

IS THAT BLACK ENOUGH FOR YOU?!?

From celebrated writer and film historian Elvis Mitchell, IS THAT BLACK ENOUGH FOR YOU?!? is both a documentary and deeply personal essay. The film examines the craft and power of cinema from a perspective often overlooked: the African American contribution to films released from the landmark era of the ’70s. It is a deep dive into the impact that point of view had on movies, as well as popular culture, and serves as a love letter to film, posing questions that have never been asked, let alone answered. Crucial artistic voices, including director Charles Burnett, Samuel L. Jackson, Whoopi Goldberg, Laurence Fishburne, Zendaya and others, offer their distinctive prism on the creators and films that dazzled and inspired. The film provides insight into the history of Black representation going back to the earliest days of cinema, and the cultural impact of witnessing unapologetic Blackness. Produced by Steven Soderbergh, David Fincher, Angus Wall and Ciara Lacy, IS THAT BLACK ENOUGH FOR YOU?!? marks Mitchell’s directorial debut.

IS THAT BLACK ENOUGH FOR YOU?!? will screen on Friday, November 4.

SHE SAID
Two-time Academy Award® nominee Carey Mulligan and Zoe Kazan star as New York Times reporters Megan Twohey and Jodi Kantor, who together broke one of the most important stories in a generation — a story that helped propel the #Metoo movement, shattered decades of silence around the subject of sexual assault in Hollywood and altered American culture forever. The film is based on the New York Times investigation by Jodi Kantor, Megan Twohey and Rebecca Corbett and the New York Times bestseller “She Said: Breaking the Sexual Harassment Story That Helped Ignite a Movement” by Kantor and Twohey. The film costars Oscar® nominee Patricia Clarkson, Emmy® winner Andre Braugher and Tony® winner Jennifer Ehle, with Academy Award® nominee Samantha Morton. SHE SAID is directed by Emmy® winner Maria Schrader from a screenplay by Rebecca Lenkiewicz and produced by Academy Award® winners Dede Gardner and Jeremy Kleiner for Plan B Entertainment. The film is executive produced by Oscar® winner Brad Pitt and Lila Yacoub and by Oscar® nominee Megan Ellison and Sue Naegle for Annapurna Pictures. Universal Pictures presents an Annapurna & Plan B production.

SHE SAID will screen on Friday, November 4.

A drama that follows a family as it struggles to reunite after falling apart, THE SON centers on Peter (Hugh Jackman), whose hectic life with his infant and new partner Beth (Vanessa Kirby) is upended when his ex-wife Kate (Laura Dern) appears with their son Nicholas (Zen McGrath), who is now a teenager. The young man has been missing from school for months and is troubled, distant and angry. Peter strives to take care of Nicholas as he would have liked his own father to have taken care of him while juggling work, his and Beth’s new son, and the offer of his dream position in Washington. However, by reaching for the past to correct its mistakes, he loses sight of how to hold onto the Nicholas in the present. The film is directed by Academy Award® winner Florian Zeller and was written by Zeller and Academy Award® winner Christopher Hampton.

THE SON will screen on Saturday, November 5.

1953. A London shattered by WWII is still recovering. Williams (Bill Nighy), a veteran civil servant, is an impotent cog within the city’s bureaucracy as it struggles to rebuild. Buried under paperwork at the office, lonely at home, his life has long felt empty and meaningless. Then a shattering medical diagnosis forces him to take stock – and to try and grasp fulfillment before it goes beyond reach. At a seaside resort, chaperoned by a local decadent (Tom Burke), he flirts with hedonism before rejecting it as his solution. Back in London, he finds himself drawn to the natural vitality of Margaret (Aimee Lou Wood), a young woman who once worked under his supervision and is now determined to spread her wings. Then one evening he is struck by a revelation – one as simple as it is profound – and with a new energy, and the help of Peter (Alex Sharp), an idealistic new recruit to his department, he sets about creating a legacy for the next generation. LIVING is a reimagining of Akira Kurosawa’s IKIRU and is directed by Oliver Hermanus from a script by Kazuo Ishiguro (author of the novels “The Remains of The Day” and “Never Let Me Go”). The film is produced by Stephen Woolley and Elizabeth Karlsen for Number 9 Films.

LIVING will screen on Sunday, November 6.