It’s True: He Is “The Incredible Dr. Pol” On NatGeoWild 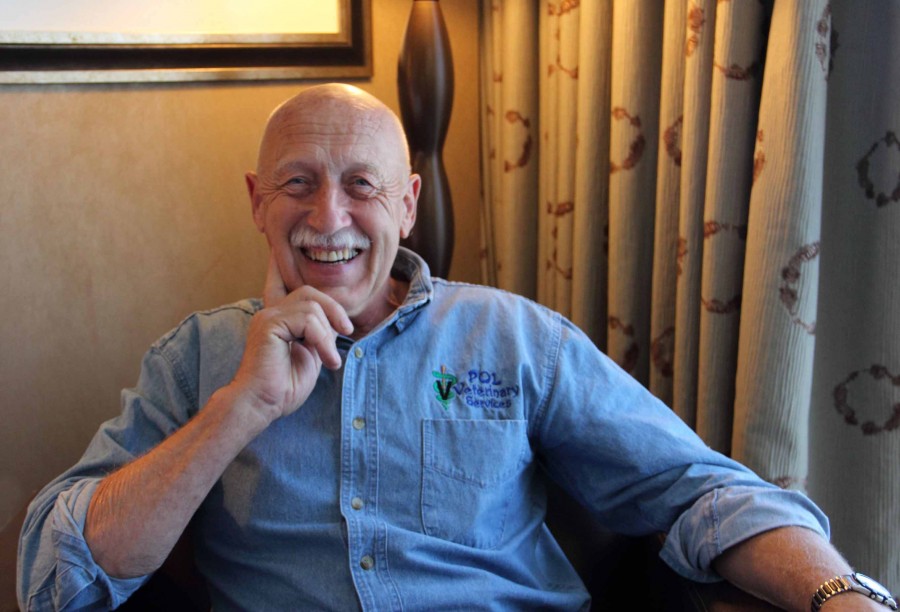 Sometimes you meet people who you will remember forever. Dr. Jan Pol is one of those people. Yes, we share a great love for animals; but Dr. Pol is very special. He has dedicated his life to saving the lives of four-legged creatures, big or small. Dogs, cats, cows, horses, turkeys, chickens, pigs, geese, sheep, rabbits, you name it… he saves it. And now he does it all for the world to see on National Geographic Wild in "The Incredible Dr. Pol."

I had the pleasure of spending time with Dr. Pol and his better half, Diane Pol. The two are the perfect husband and wife team. Becoming a TV star was not a part of the plan, but when Dr. Pol's son, Charles pitched a show based around their unique life in veterinary medicine in the farmlands of Michigan; NatGeoWild was hooked. The veterinarian superhero grew up on a dairy farm in the Netherlands. In 1981, Dr. Pol and Diane opened their first practice, specializing in large farm animals. Now with their son and ten employees, they have treated over 20,000 furry clients and counting. There is a reason why 'incredible' is in the title of the show. You have to watch it to believe it on August 23rd at 9PM on NatGeoWild.

Geoff Daniels (Exec VP of NatGeoWild) said that your hands were 'better than an ultrasound machine.' Is it time and experience that made you such an instinctual veterinarian?

Dr. Pol: No, it is just practice. The more you do, the better you can get. Ultrasounds are the best in the first month of gestation during pregnancy. You go beyond that and yes, you can tell they are pregnant, but the timing is off. I can tell by the size of the uterus and anything else that’s in there, how long they’ve been pregnant. 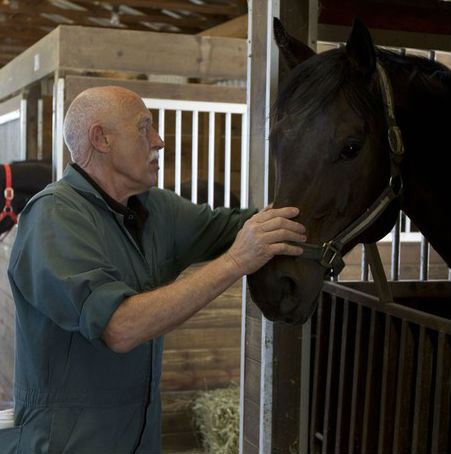 How long did it take you to master something like that?

Dr. Pol: When I was in college, we already were taught how to pregnancy check by going to a slaughter house. There were about 30 cows in a row and there were five students. Everybody had to write down how long they thought the cow was pregnant or what was going on, and if you didn’t have it right you had to go back in and feel again. And in those days, you came out with a green arm. (laughs) So you learn quickly how to do it. With my first practice there were three of us and we set up a health program with pregnancy checks for all the family farms, and if you are inaccurate, they complain because the cow has to have a dry period of about two months. If the dry period is too short, it’s not as bad as if it’s too long because the cow gets too fat. But most of the time, one week either way is good enough, and that is close enough that it works for the farmer.

Human medicine is constantly evolving or changing, with new meds on the market every year. What about animal medicine?

Dr. Pol: Same thing. There is some medicine that we use in humans and in cattle or animals. For small animals, we have more choices than we have for food-producing animals because that is very restricted. And people are always scared about the residue of antibiotics—that is so, so small. The leftover residue of antibiotics will definitely not cause any resistance in humans. People complain that all that antibiotic use in cattle has made resistant bacteria. No. The resistant bacteria came from improper antibiotic use in humans. If farmers send out an animal that has antibiotic in them, they will get caught. 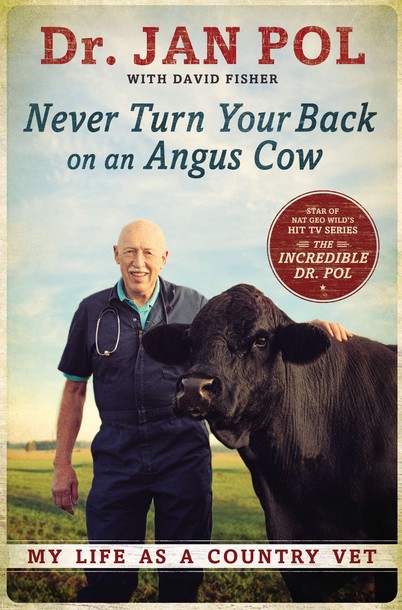 In your book, you talk about some unusual encounters. For instance, you came across a man who was selling raccoons?

Dr. Pol: This guy was trapping raccoons in Michigan, and he was selling them in Kentucky for people that wanted to hunt coons. In Kentucky, they didn’t have any raccoons. Yes, the coons are wild, but they don’t belong to you so you cannot trap them and sell them. The Department of Natural Resources brought them over for me to look them over, and they were going to turn them loose somewhere again.

What's your position on that [hunting]?

Dr. Pol: For me, if you want to hunt animals that’s fine. Fur is fine with me, because there has to be checks and balances in nature and we have disturbed it way too many times. Right now I think because we do not hunt the coons, these coons multiply like rabbits. There are people that eat coons and I think they taste pretty good—I’ve never had one—but they are an omnivore so the meat should taste good, but like I said, there’s only so much he can try. But yes, the coons carry diseases. Not as much as skunks—the skunks are very well known for rabies, the coons for other diseases. The possums can cause EPM, or equine protozoal myelocenephalitis, in horses. If you see a possum in your horse barn, be prepared that some of those horses may become paralyzed and may actually have to be put down.

When your son made the four-minute DVD and pitched the story for the show to National Geographic, were you hesitant at all?

Dr. Pol: Well, you try to help your kids and I thought it would not go anywhere, because I thought they’d take one look at the thing and say, ‘What’s that old guy doing?’ Little did we know.

People recognize and admire you all around the world. You’re a veterinarian, father, husband, author—is there anything else you want to add to the plate?

Dr. Pol: Racecar driver (laughs) But, no, I’m just doing my work. I love my work and if I can help people by just doing my work, fantastic. That is one of the things I enjoy the most. I get calls from all over the United States, Canada, and yes, we have even gotten a call from South America. The biggest advice I have: is go to a veterinarian that you trust.

The show airs August 23rd at 9PM on NATGEOWILD: channel.nationalgeographic.com/WILD