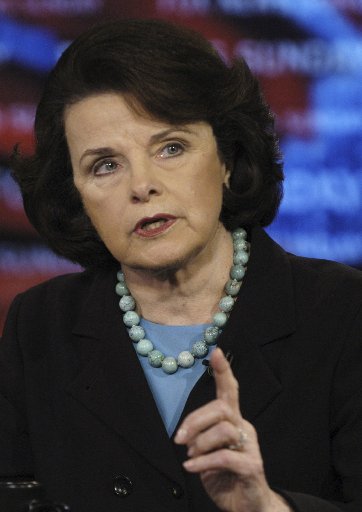 As stated on her website, Senator Dianne Feinstein has been “trying to resolve this dispute in a discreet and respectful way.” But the media has grabbed ahold of the issue. Feinstein, who is head of the Senate Intelligence Committee, is publicly accusing the CIA of secretly searching a Senate computer system. Speaking on the Senate floor, Feinstein said,  “I have grave concerns that the CIA search may well have violated the separation of powers principles.” She added, “I am not taking it lightly.”

Feinstein writes, ‘to be clear, the committee staff did not “hack” into CIA computers to obtain these [internal] documents as has been suggested in the press. The documents were identified using the search tool provided by the CIA to search the documents provided to the committee.’ This spying issue started over eight years ago. According to Feinstein: ‘The CIA’s detention and interrogation program began operations in 2002, though it was not until September 2006, that Members of the Intelligence Committee, other than the Chairman and Vice Chairman, were briefed. In fact, we were briefed by then-CIA Director Hayden only hours before President Bush disclosed the program to the public.

A little more than a year later, on December 6, 2007, a New York Times article revealed the troubling fact that the CIA had destroyed videotapes of some of the CIA’s first interrogations using so-called “enhanced techniques.” We learned that this destruction was over the objections of President Bush’s White House Counsel and the Director of National Intelligence.’

Today, CIA Director John Brennan is expected to speak. Brennan and the CIA believe that they acted appropriately in response to Senate staffers who improperly gained access to documents they were not supposed to have, according to the LA Times.