Movie Review: Not Even Magic Can Save “Winter’s Tale” 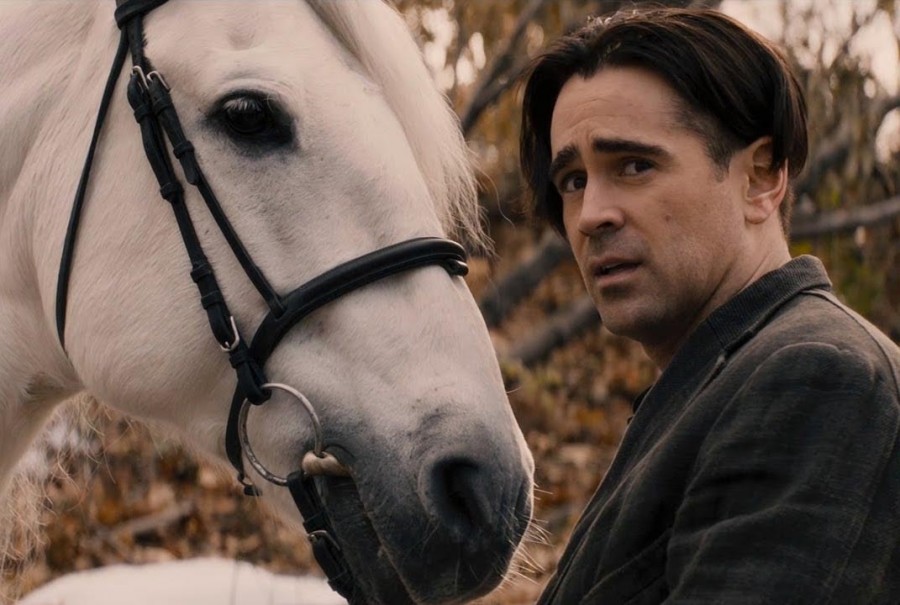 After a twenty-year screenwriting career that has garnered an Academy Award and over a billion dollars in box office revenue, Akiva Goldsman finally makes his directing debut with “Winter’s Tale,” an ambitious romantic fantasy based on the novel by Mark Helprin.

On the surface, this project has all the earmarks of a quality picture: bestselling novel as source material, poor boy meets rich girl love story, A-list talent in front of and behind the camera. Alas, despite these strong points and the filmmaker’s undeniably good intentions, this film is in almost every conceivable way a misstep, from the uneven mixture of reality and fantasy, to the implausible plotline and the paper-thin peripheral characters.

The film starts off on the wrong foot with an ill-advised voiceover describing how magic is everywhere and miracles are inside us all just waiting to be discovered.With this sketchy proclamation, the story shifts to 1895, when an infant sails into New York Harbor on a toy boat and somehow lands safely ashore. 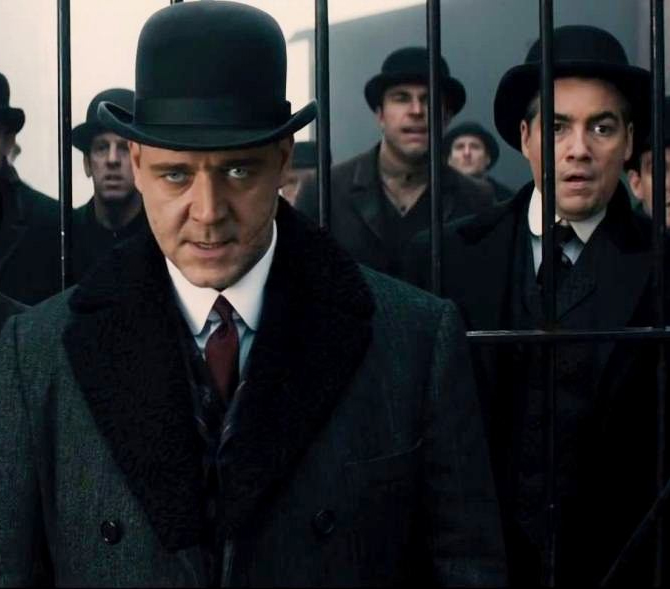 Twenty years later, the infant is now Peter Lake (Colin Farrell, reliably charming), a professional thief on the run from his ruthless mentor, Pearly Soames (a snarling Russell Crowe).  As the CGI effects take pains to inform us, Pearly is not your run-of-the-mill baddy; he’s an actual demon determined to stop Peter from fulfilling his destiny, whatever that destiny may be. But Pearly’s revenge will have to wait another day, because at the last minute Peter is miraculously rescued by a flying white horse and whisked off to safety.

Not having experienced enough danger for one day, Peter decides to rob one last Central Park mansion before skipping town.  Residing in that mansion is Beverly Penn (“Downton Abbey’s” Jessica Brown Findlay), the mesmerizing daughter of one of New York’s wealthiest denizens. Plagued with a fatal case of consumption, Beverly is nonetheless an indefatigable optimist, having already outlived her doctor’s expectations and then some. Peter is immediately smitten with her, and in spite of their less-than-ideal introduction, they fall madly in love. 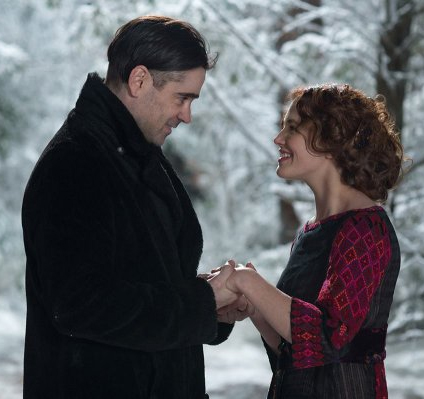 From there, a sincere but entirely by-the-numbers romance carries us through much of the second act. Once Peter gains the approval of Beverly’s father (William Hurt), the story luxuriates in the couple’s last moments together. Unconditional love is established, miracles are further discussed, and plenty of boredom ensues.Inevitably, Beverly succumbs to her illness, and the film also succumbs to the many plot holes that are poorly hidden under the guise of supernaturalism.

The actors are competent across the board, but never really transcend the shoddy material they’re working with. Colin Farrell is always a welcome presence onscreen, even when he’s flying around on a winged horse. As Beverly Penn, Jessica Brown Findlay is a delight; her expressive face exudes a sincerity and youthful innocence that makes her character’s fatal condition all the more devastating. In the dastardly role of Pearly Soames, Russell Crowe clearly relishes the opportunity to play the embodiment of pure evil.  As for the secondary characters, Jennifer Connelly is thoroughly adrift as the mother of the terminally ill child; William Hurt tries his damnedest to stay awake during expository scenes of Colin Farrell explaining his character’s motivations; and let us not forget Will Smith, who shows up as Lucifer in an unintentionally hilarious cameo that may very well be his most embarrassing role to date.

Considering that the film is based on an epic 800 page novel, it is understandable that in the process of paring it down to a manageable size, Goldsman’s adaptation lost something essential along the way. This seems most evident in the slipshod manner in which fantasy and reality are blended together. To point out every plot hole that arises from this chaotic mixture would be an exercise in futility; suffice it to say that it’s a definite problem and hardly a single scene goes by without some form of overreaching taking place.

Escapism is an essential part of the movie-going experience, and audiences are always willing to suspend their disbelief in the name of entertainment, but “Winter’s Tale” pushes these boundaries to an unprecedented degree. Here’s hoping Goldsman’s next film stays firmly grounded in reality.

“Winter’s Tale” has been rated PG-13 for violence and some sensuality.