Tickets On Sale For Halloween Horror Nights At Universal Studios 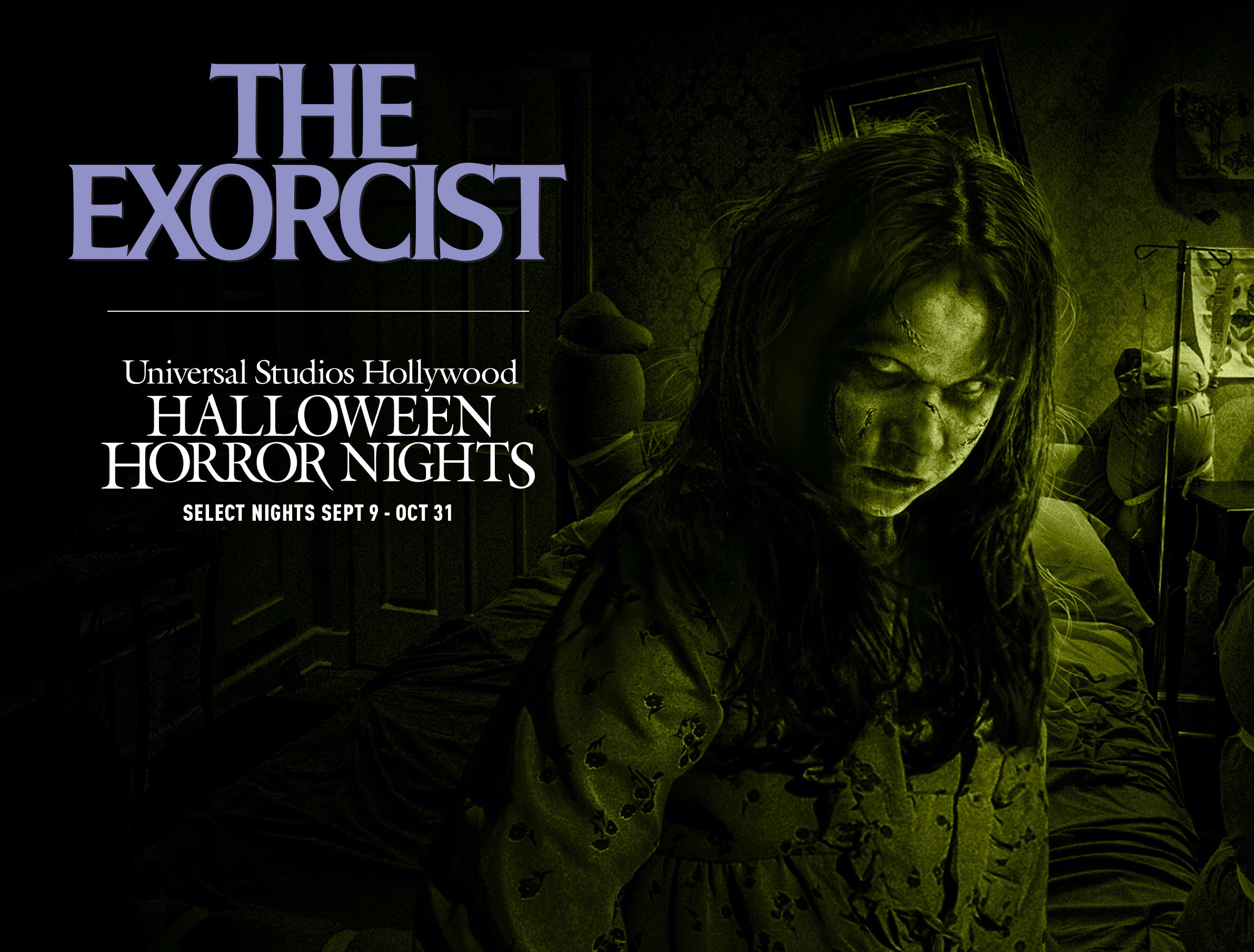 “Halloween Horror Nights” at Universal Studios Hollywood is back with a vengeance as tickets are now on sale with menacing fan favorite mazes, “The Exorcist” and “The Curse of Pandora’s Box,” joining an unnerving line-up at Southern California’s intensely immersive Halloween event.

This year, guests will be possessed by “The Exorcist” maze, often revered as the most terrifying movie of all-time, as they live the tormented aberrations experienced by Regan and her determined mother.

Horror also re-emerges in ultraviolet with the addition of the original concept maze, “The Curse of Pandora’s Box.” Inspired by the most fearsome creatures in Greek mythology, this disturbing experience transports guests from the land of the living to the nightmarish netherworld of Hades where the demonic temptress Pandora serves as their guide.

Designed to taunt, terrorize and torment guests as they navigate the darkness from one frightening maze to another, “Halloween Horror Nights” also features the previously announced line-up with more mazes and experiences to be announced soon:

·      “The Haunting of Hill House,” based on Netflix’s critically-acclaimed supernatural thriller.

·      “Universal Monsters: The Bride of Frankenstein Lives,” inspired by Universal Pictures’ cinematic monsters with an all-original story about one of the studio’s most infamous creatures.

The following are the various “Halloween Horror Nights” tickets options available for purchase:

·         Day to Night Ticket: after 2pm access to all daytime attractions plus Halloween Horror Nights

Click here for more information about each ticket type and for Terms and Conditions. Additional tickets will be available soon, including the premium R.I.P. Tour, Frequent Fear and Ultimate Fear passes.

“Halloween Horror Nights” at Universal Studios Hollywood brings together the sickest minds in horror to immerse guests in a living, breathing, three-dimensional world of terror inspired by TV and film’s most compelling horror properties.

The event also comes to life at Universal Orlando Resort which celebrates 30 years of fear this year.