Stars Suffer From Depression Too: Naomi Judd To Marilyn Monroe 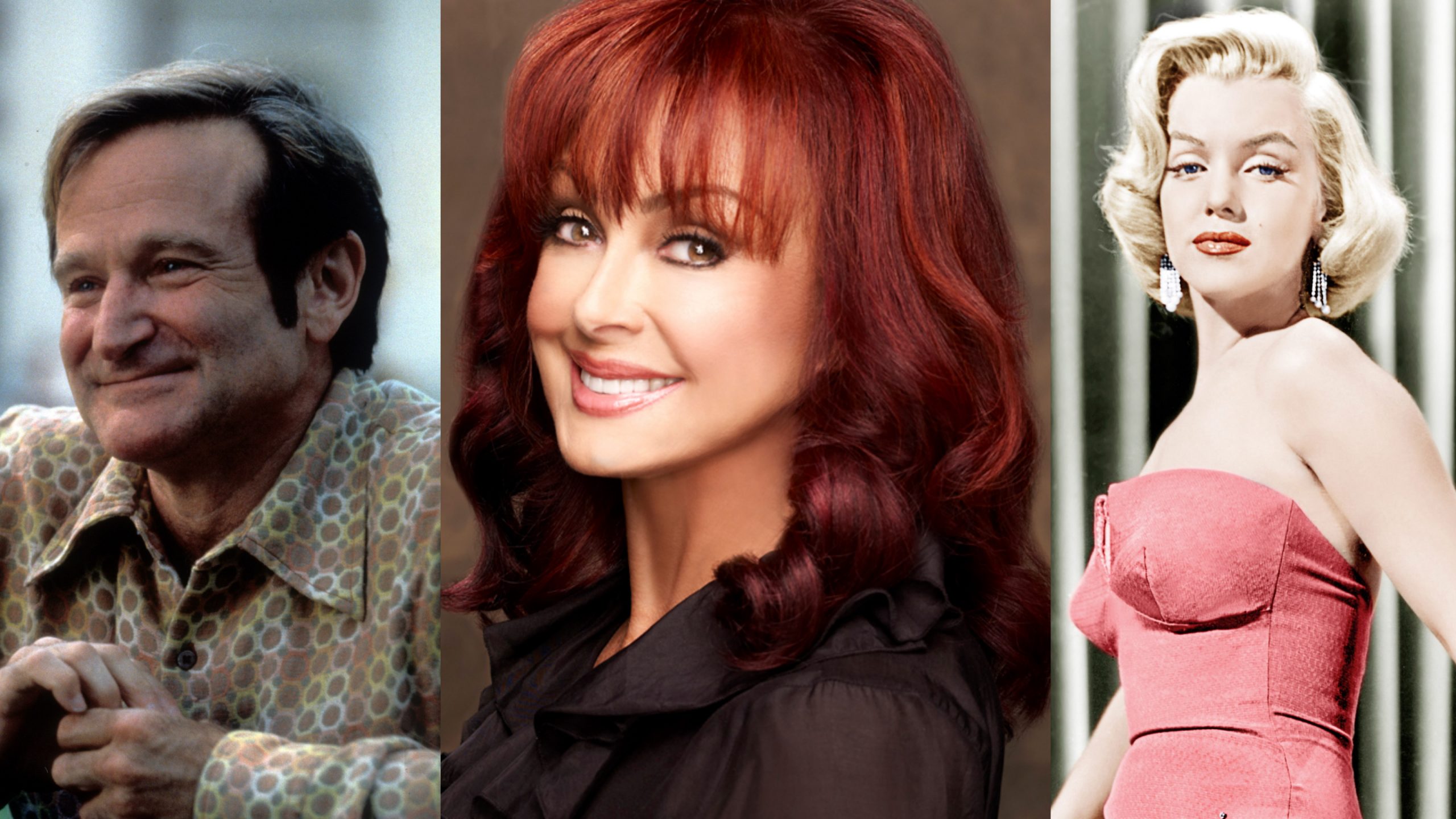 Imagine losing a loved one, even a parent, and the next day you muster the strength to speak publicly in front of hundreds of people. On Sunday, sisters Ashley and Wynona Judd spoke with fortitude at the Country Music Hall of Fame, just one day after the announcement of their mother, Naomi Judd’s death. Together, Naomi and Wynona were meant to be inducted for their four decade career as the music duo: The Judds.

“I’m sorry that she couldn’t hang on until today,” Ashley Judd said as she broke down into tears at the ceremony.

After announcing that they lost their mother to “the disease of mental illness” but with no exact cause of death, Naomi Judd’s history of battling depression has us assuming the possibility of suicide.

Over the past few years, a light has been shed on mental health, from Britney Spears to Demi Lovato who has become an activist; helping to make mental health a topic of vital conversation. But losing celebrities to the evil combination of depression, suicide and oftentimes substance abuse dates back decades upon decades.

Rewind to 1962, when icon Marilyn Monroe’s death was ruled a probable suicide by a lethal combination of prescription drugs. The trending Netflix documentary, “The Mystery of Marilyn Monroe: The Unheard Tapes” delves deeper into the actress’ complex struggles with her mental state and battling depression, among other controversial topics.

The public saw a pristine superstar. She had it all: beauty and fame. What more could anyone want? But that’s all that we see through the photographer’s lens of the glitz and the glam.

Naomi Judd was a 5-time Grammy winner with a networth of $25 million. But that didn’t mean that she was happy. As the saying goes, “Things are not always what they seem.”

And so the same goes for a slew of celebrities in the public eye who took their own life.

In 1994, Kurt Cobain was at the height of his career as the lead singer and guitarist of Nirvana. According to a Rolling Stone article, Cobain’s clinical depression had been diagnosed as early as high school. At age 27, he took his own life, suffering from a gunshot wound to the head.

Three years later, Michael Hutchence, the lead singer of the Australian band INXS choked to death in a case of apparent suicide, despite reports of having treatment for depression.

Mental illness and suicide does not discriminate. From music superstars to comedians and fashion industry icons.

Robin Williams hung himself in 2014. His death shed a light on mental health after it was reported that he had undiagnosed Lewy Body Dementia, a neurodegenerative disease which can cause depression and anxiety.

It’s difficult to think that someone who brought so much laughter to the world could take their own life. But when mental health issues go untreated, there is no telling what dark path the sufferer will take.

In the fashion world, bag designer Kate Spade committed suicide in 2018. Her husband, Andy Spade confirmed that she suffered from depression and anxiety for many years.

Although she was seeking help and it was reported that she sounded happy the night before her death, “there were personal demons she was battling.”

Today, 280 million people in the world suffer from depression (*) and the mental health stigma lifts as more speak out.

Everytime we lose a beloved star to suicide, we are reminded that success and fame are not synonymous with happiness.