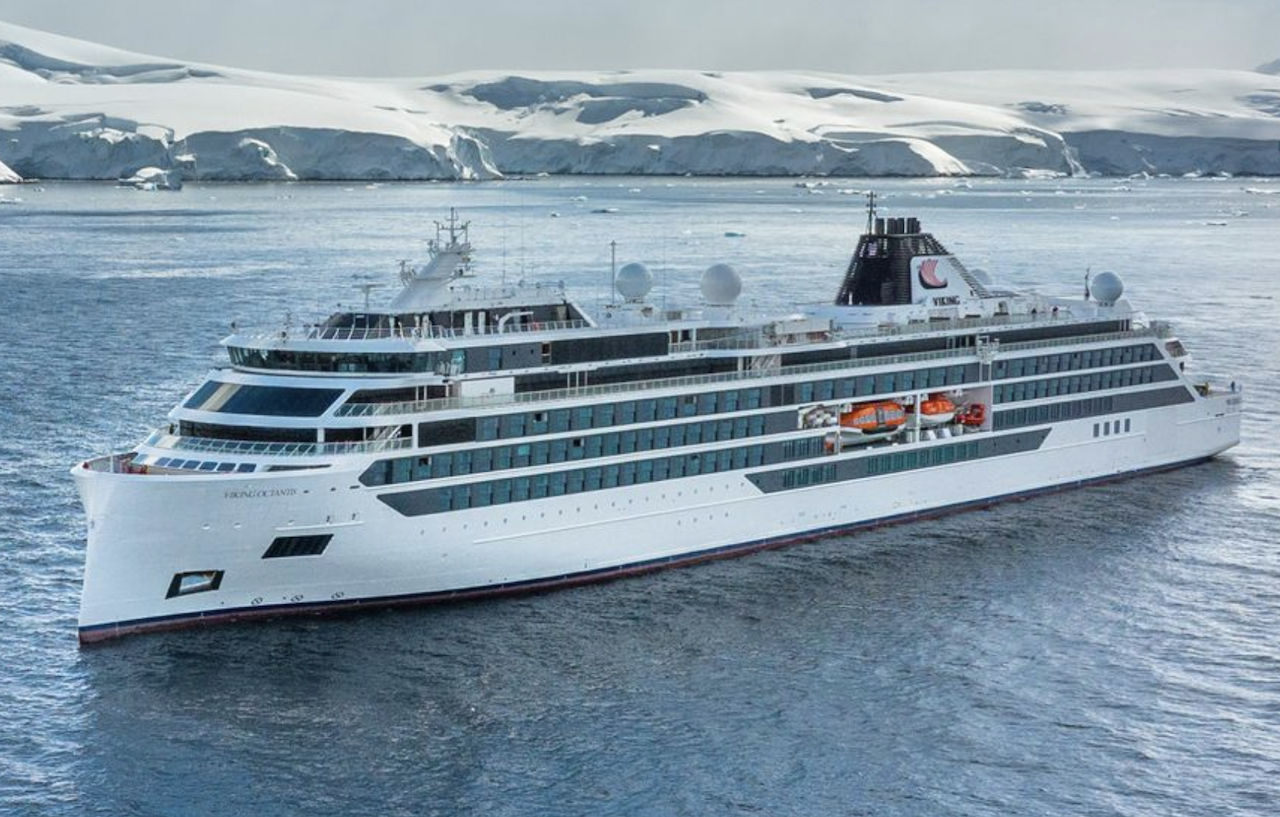 Viking® announced it has partnered with the University of Cambridge to establish a new Professorship aimed at advancing research in the field of polar environmental science. The Viking Polar Marine Geoscience Fund will endow the University’s Scott Polar Research Institute with its first-ever fully funded professorship—the Viking Chair of Polar Marine Geoscience. This new post will enhance the scientific leadership at the Institute and will enable the development of new lines of research into the behavior of polar environments, including polar ice sheets, sea ice and ocean circulation. The research fund builds on Viking’s existing partnership with Cambridge University’s Scott Polar Research Institute, which played a significant role in developing the scientific enrichment program for the company’s new expedition vessels that launched earlier this year.

Viking’s first expedition vessel, the Viking Octantis®, debuted in January 2022 and spent the Austral summer in Antarctica. She is currently sailing toward the Great Lakes region, where she will be based for voyages throughout the Boreal summer. Scientists from the Scott Polar Research Institute—as well as other renowned academic institutions—have been undertaking fieldwork on board Viking Octantis and have joined voyages to share their expertise with guests. A second, identical sister ship, the Viking Polaris®, will join the fleet later in 2022.

“Our intention in creating ‘the thinking person’s expedition’ is that every voyage should provide opportunities for scientific discovery—for our guests and for our partners,” said Torstein Hagen, Chairman of Viking. “In addition to offering our guests the ability to explore some of the world’s most pristine destinations in comfort and in the most responsible way possible, we are proud that our expedition vessels can also be utilized as ships of opportunity for important research that might not be possible otherwise. By establishing the Viking Polar Marine Geoscience Fund, we are also ensuring that the Scott Polar Research Institute is able to continue critical work in perpetuity—some of which will be conducted on board.”

Viking & University of Cambridge’s Scott Polar Research Institute (SPRI)
Viking has created the world’s leading scientific enrichment environment in an expedition setting with the help of partnerships with esteemed scientific and academic institutions. Scientists from SPRI are part of the onboard 36-person Viking Expedition Team, a diverse group of experts that lead guests on shore excursions and provide world-class lectures on each sailing. University of Cambridge specialists were also consulted in the development of The Science Lab on Viking’s expedition vessels; the 380-square-foot lab is comprehensively appointed with wet and dry laboratory facilities and supports a broad range of research. Julian Dowdeswell, Professor of Physical Geography at the University of Cambridge and former director of SPRI, serves as the Chair of the Viking Research Advisory Group, a consortium of scientific leaders from Viking’s partner institutions who have been actively involved in overseeing the field research being undertaken on board.

“We are delighted with the support offered by Viking through both the endowment of a new Professorship at the Institute and the opportunity to use their expedition ships as well-equipped platforms for our scientific investigations of the icy world,” said Professor Dowdeswell.

Established in 1920, the Scott Polar Research Institute’s mission is to enhance the understanding of the polar regions through scholarly research and publication, educate new generations of polar researchers and communicate the history and environmental significance of the polar regions to the wider community.

Viking Expeditions
With the launch of Viking Expeditions in January 2022, Viking is now exploring all seven continents. Destination-focused expeditions are currently available in Antarctica and North America’s Great Lakes. Viking’s expedition fleet includes the new Polar Class Viking Octantis and Viking Polaris, which host 378 guests in 189 staterooms. Designed for discovery by the same team that designed the award-winning Viking Longships® and ocean ships, the new vessels are purpose-built for expeditions, at an ideal size for safety, comfort and to support an unrivalled range of activities in remote destinations. With more indoor and outdoor viewing areas than other expedition vessels, guests are as close as possible to the most magnificent scenery on earth.