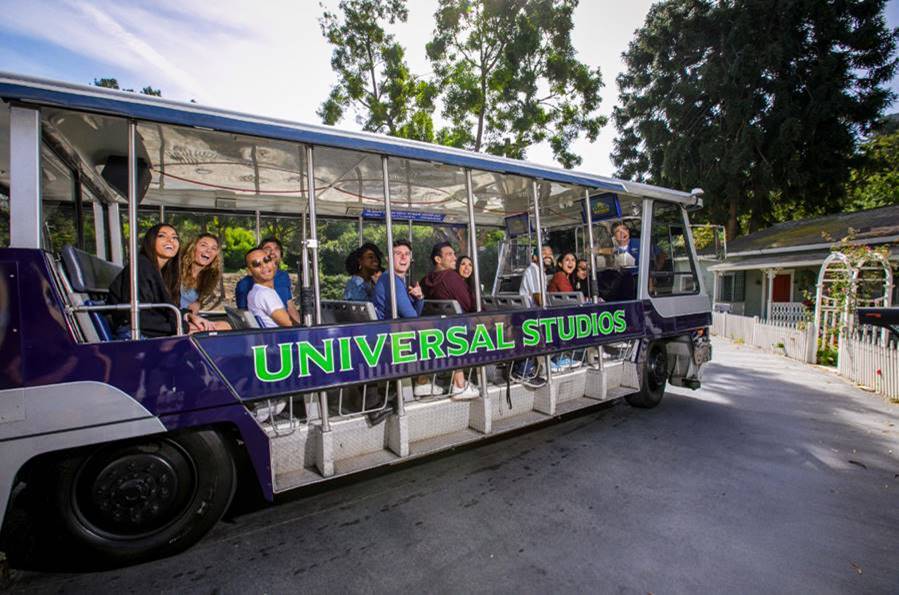 Universal Studios Hollywood debuts the first four electric trams in its fleet of 21 Studio Tour trams. Weather and feature anchor of NBC’s TODAY and Co-host, 3rd Hour of TODAY, Al Roker is featured in a video introduction aboard the trams as part of the guest experience.

“I am extremely proud of this innovative undertaking and our commitment to creating a zero-emissions Studio Tour fleet in collaboration with our parent company and local partners,” said Scott Strobl, Executive Vice President and General Manager, Universal Studios Hollywood. “This is just one of many steps we are taking to transform our business in line with Comcast NBCUniversal’s carbon neutral goal, all while pioneering first-class attractions for our guests.”

The world-famous, behind-the-scenes Studio Tour is a hallmark Universal Studios Hollywood attraction that, for over 55 years, has taken millions of guests from around the world through authentic movie and television production studios, featuring iconic sets made famous in blockbuster movies such as “Back to the Future” and dynamic rides such as “Fast & Furious—Supercharged” and “King Kong 360 3-D.”

“The Universal Studio Tour has always been a groundbreaking attraction with lots of thrills, excitement and scary moments. I’m honored to be part of an experience for adults and children to learn about these best-in-class electric trams that will transport them around this iconic studio lot and help the environment,” said Al Roker.

The conversion to electric trams was spearheaded in 2017 by visionaries within the Universal Studios Hollywood technical services department and represents some of the first-ever and largest battery-powered, off-road, high-torque and low speed mass people movers in the U.S.

Installation of inductive charging technology from WAVE (Wireless Advanced Vehicle Electrification) by Ideanomics was a critical factor in the conversion designed to meet the trams’ rigorous daily demands of navigating the Studio’s varying topography. Trams will routinely charge during the normal operation at the start and end of the attraction route. Coupled with a regenerative braking feature, the trams will continue to build up charge when they travel downhill, providing added energy efficiency.

The elaborate clean air conversion design process evolved from a collaboration between Universal Studios Hollywood and L.A.-based Complete Coach Works to reimagine the trams from diesel-hydraulic engines to electric.

The project continues to be made possible by a grant from the South Coast Air Quality Management District — the local regulatory agency that works to reduce air pollution in the region — which provides funding to replace older equipment with cleaner ones that are cost-effective while reducing air pollution.  It was also supported by a significant investment from Comcast NBCUniversal and Southern California Edison through its Charge Ready Transport Program.

“It is truly so exciting to see initiatives like Universal Studios Hollywood’s new fleet of electric Studio Tour trams come to fruition — initiatives that show our public and private entities working together to do our part to combat air quality and climate change,” said L.A. Councilmember Nithya Raman. “As a new member of the South Coast Air Quality Management Board, I am looking to broaden these types of collaborations and accelerate the positive impacts they will have for our region and world. Our climate crisis demands we do this.”