The Festival de Cannes will explore the history of cinema with classic film selections and screenings. 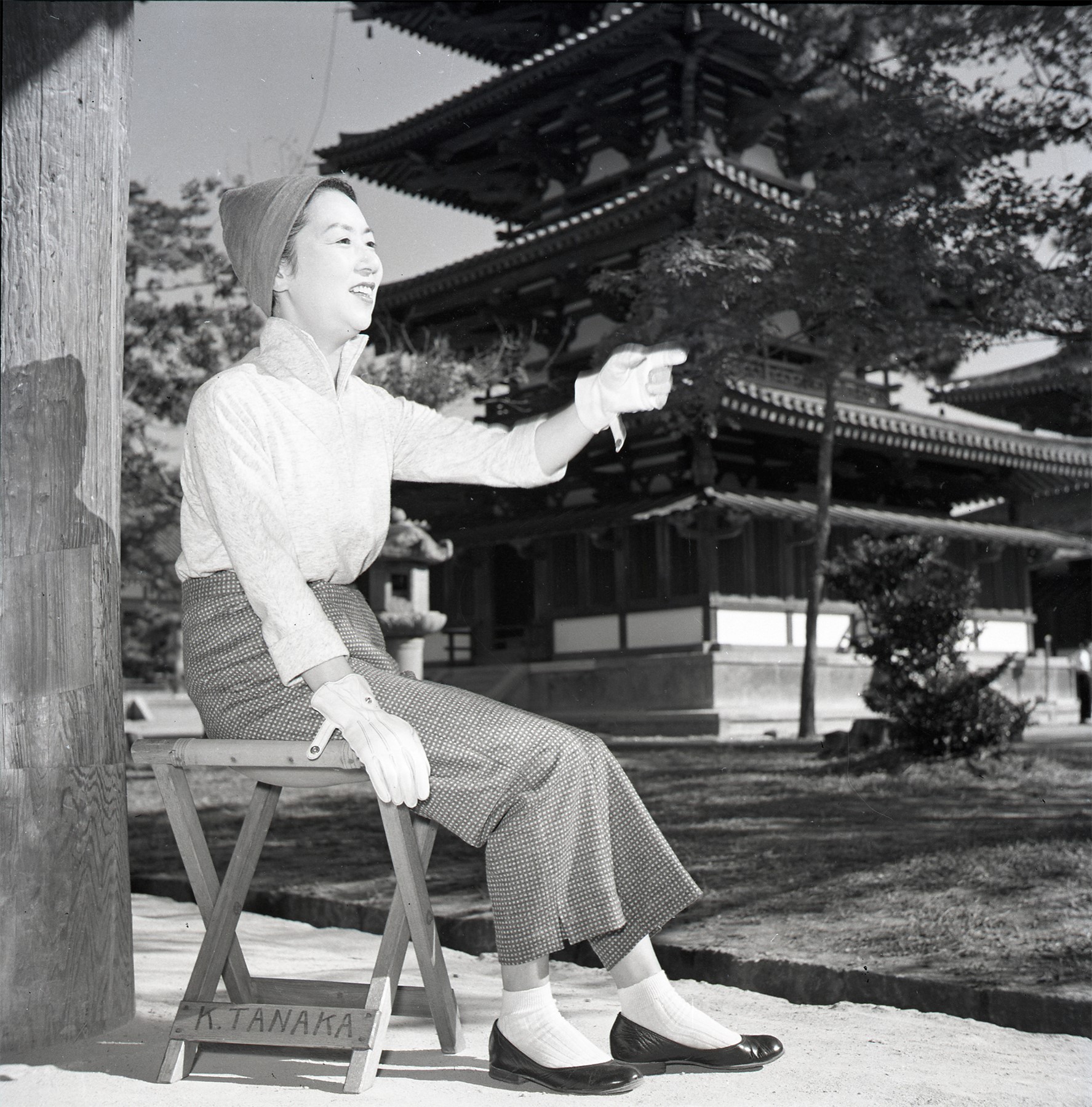 A Tribute to Bill Duke

The director, actor (for John McTiernan, Samuel Fuller, John Landis or Steven Soderbergh) and producer, in Competition at Cannes with A Rage in Harlem in 1991, returns to the Croisette with his first film as director, presented at the Semaine de la critique in 1985.

The Killing Floor by Bill Duke
(1985, 1h58, United States)
Presented by Made in U.S.A. Productions, Inc. The UCLA Film & Television Archive facilitated in-house 4K scanning of the film's 16mm original picture negative, which is vaulted in the Archive's Sundance Institute Collection. Under the supervision of film's executive producer/co-writer, Elsa Rassbach, Made in U.S.A. Productions completed the 4K restoration with color grading by Alpha-Omega digital in Munich and Planemo post-production in Berlin. In addition, the soundtrack was digitally restored by Deluxe Entertainment Services Group from the film's original 35 mm audio mono mix mag track. The film was restored in commemoration of the 100th anniversary of the 1919 Chicago Race Riot.
Director Bill Duke and executive producer and co-screenwriter Elsa Rassbach in attendance.

Kinuyo Tanaka, one of the greatest Japanese actresses, made her first film in 1953, entering the Cannes Competition in 1954. She returned in 1961 and 1964 as a performer. She was the only active filmmaker of the golden age of Japanese cinema and her second feature film, presented here, is a reflection of her immense talent. This new version restored in 4k by Nikkatsu inaugurates the Tanaka event, a forthcoming retrospective of her 6 films.

Pioneer director of Iberian cinema, Spanish actress, screenwriter and producer Ana Mariscal directed ten rich films, as non-conformist as they are visually splendid. As a foretaste of her work, here is a nostalgic chronicle of a modest Spanish village in the 1960s.

The first African-American director in the history of American cinema is honored in a sublime restored copy of one of his greatest films accompanied by a fascinating documentary.

The Cannes Film Festival continues to explore the Palmes d'Or that have marked its history. This year, the myth of Orpheus and Eurydice will be revisited by Marcel Camus in Brazil and set to music by Antônio Carlos Jobim to bossa nova, samba and jazz. Dazzling.

Orfeu Negro (Black Orfeus) by Marcel Camus
(1959, 1h45, France / Brazil / Italy)
Presented by Solaris Distribution. Presented by Impex Films and Tigon Film Distributors. 4K digital restoration by Impex Films and Tigon Film Distributors with the help of the CNC, from the original 35mm negative. Original monophonic sound digitized from a viewing print which was also used as reference for color grading. Laboratory: Hiventy Classics. Theatrical distribution in France: Solaris Distribution, to be released in France by the second semester of 2021.

While the Cineteca di Bologna continues its visit to Rossellini's work, the Cahiers du cinéma celebrate their history in Cannes. André Bazin, the co-founder of the magazine was even a member of the Jury in 1954 and kept a diary recounting this experience.To celebrate the anniversary of the mythical monthly, what better way than to screen a film by Roberto Rossellini? He was assisted by François Truffaut, Bazin considered him a major figure in the same way as Renoir, Hitchcock or Hawks and this work signed by the Italian director was reviewed in the first issue in April 1951.

All the restored films of Cannes Classics 2021

Friendship's Death by Peter Wollen
(1987, 1h18, United Kingdom)
Presented by the British Film Institute (BFI). The 4K remastering by the BFI National Archive was from the original Standard 16mm colour negative. The soundtrack was digitised directly from the original 35mm final mix magnetic master track. The remastering was undertaken in collaboration with the film's producer, Rebecca O'Brien and cinematographer, Witold Stok.
Actress Tilda Swinton in attendance

La guerre est finie (The War is Over) by Alain Resnais
(1966, 2h01, France)
Presented by Gaumont. First digital restoration in 4K presented by
Gaumont with the support of the  CNC. Restoration made by Éclair Classics laboratory.

Letter from an Unknown Woman (Lettre d'une inconnue) de Max Ophüls  (1948, 1h27, United-States)
4k restoration from the original negative image and a 35mm positive. Sound restoration from the original negative. Work done by Technicolor for the image and Chace Audio by Deluxe for the sound, under the supervision of Paramount Pictures Preservation.
Theatrical release by La Rabbia, february 2022.

Buñuel, un cineasta surrealista by Javier Espada
(1h23, Spain)
Luis Buñuel and the Festival de Cannes is a great love story - the theater where the films of Cannes Classics are screened is called Buñuel itself. The documentary is filled with culture and is dedicated to the screenwriter, who was so close to the Spanish filmmaker and wrote many films with him, Jean-Claude Carrière. The documentary brilliantly explores the themes of the genius filmmaker.
Presented by Tolocha producciones.
Director Javier Espada in attendance

Montand est à nous (All About Yves Montand) by Yves Jeuland
(1h40, France.)
As an actor in Le Salaire de la peur (Grand Prix in 1953) or in La Guerre est finie presented this year, President of the Jury in 1987 (Maurice Pialat received the Palme d'or), Yves Montand has left a mark on the Festival de Cannes. Yves Montand has left a mark as strong in cinema as in music hall. On the occasion of the 100th anniversary of his birth and the 30th anniversary of his death, Montand est à nous is an exceptional documentary.
Written by Yves Jeuland and Vincent Josse.
Presented by Zadig Productions. Film produced by Zadig Productions, in coproduction with Diaphana Films, with the participation of France Télévisions.
Director Yves Jeuland and co-writer Vincent Josse in attendance,

The Story of Film: a New Generation by Mark Cousins
(2h40, United-Kingdom)
A major cinematic journey into pre-pandemic cinema. It all starts again with this magical, ambitious odyssey of unparalleled abundance in today's cinematic world. As a pre-opening of the Cannes Film Festival and announcing the edition full of surprises that is coming up.
Presented and produced by Hopscotch Films. Sales : Dogwoof.
Director Mark Cousins in attendance

Et j'aime à la fureur (Flickering Ghosts of Love Gone By) by André Bonzel
(1h50, France)
A very personal self-portrait of André Bonzel, co-director of the cult film C'est arrivé près de chez vous, based on images from amateur films that he has always collected, including some shot by his great-great-grandfather, a familiar face of the Lumière brothers. A unique, moving film that tells the story of a family cinephilia over several generations, set to music by Benjamin Biolay.
Produced by Les films du Poisson.
Director André Bonzel in attendance