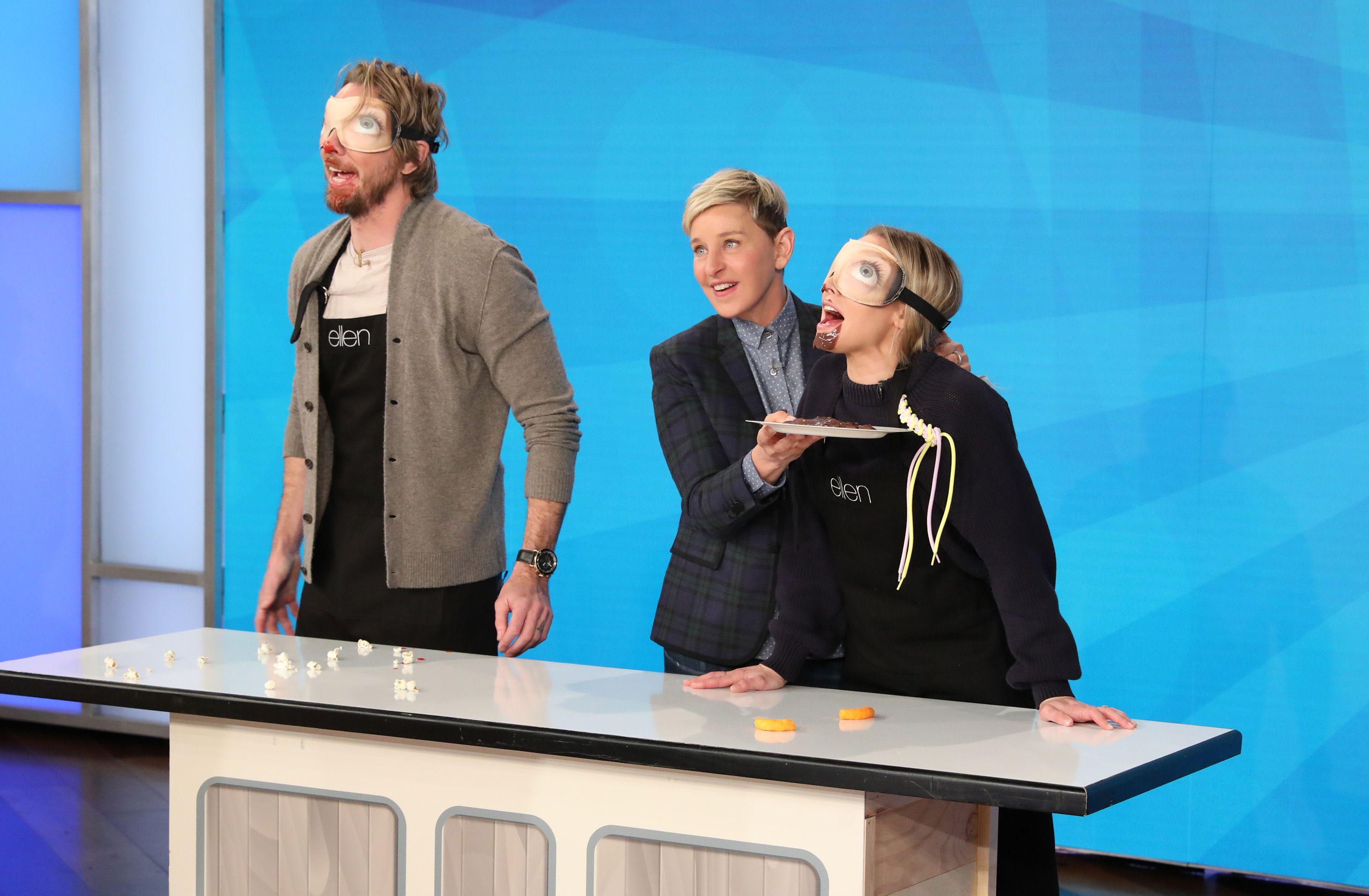 Marking the first time Bell and Shepard will team up for a television project, each episode of the entertaining series will see the twosome part ways and be "adopted" into a family of four as they compete in a series of insanely fun games with a big cash prize up for grabs.

"Family Game Fight" is inspired by Bell and Shepard's antics on "The Ellen DeGeneres Show."

"For one of our first dates, I invited Dax over for a game night at my house with a bunch of friends," Bell said. "He said he fell in love with me there because I was a very tiny person bossing everyone around. I fell in love with him too because he's a very large person who could boss everyone around, but chooses not to. I'm so excited to host 'Family Game Fight' and play all day with my best friend."

"Kristen is my favorite human to work with," Shepard said. "She's the most consistently funny, playful and joyful scene partner I've ever had. She's also incredibly fun to look at."

"NBC is thrilled to be the network bringing Kristen Bell and Dax Shepard together to host a game show for the first time," said Jenny Groom, Executive Vice President of Unscripted Content, NBCUniversal Television and Streaming. "We've been wanting to work with them as a duo for years. Their energy is infectious, their comedic sensibility comes so naturally, and their transparency about their relationship is what makes them so relatable and loveable. 'Family Game Fight' was born out of the true competitive, yet playful and loving spirit Dax and Kristen have toward each other. We're excited to work with them as on-camera talent and side-by-side as producing partners."

Mike Darnell, President Warner Bros. Unscripted Television, said, "Kristen and Dax are simply magnetic when they're on screen. They're a spontaneously funny and loving couple that are also surprisingly competitive in this fast-moving family competition. They are pure magic together."

"Family Game Fight" is now casting, and NBC is looking for family teams of four. To submit your story or nominate a friend, co-worker, or family member, please visit www.Venertainment.com.

ellentube link (for use on all digital platforms), broadcast link