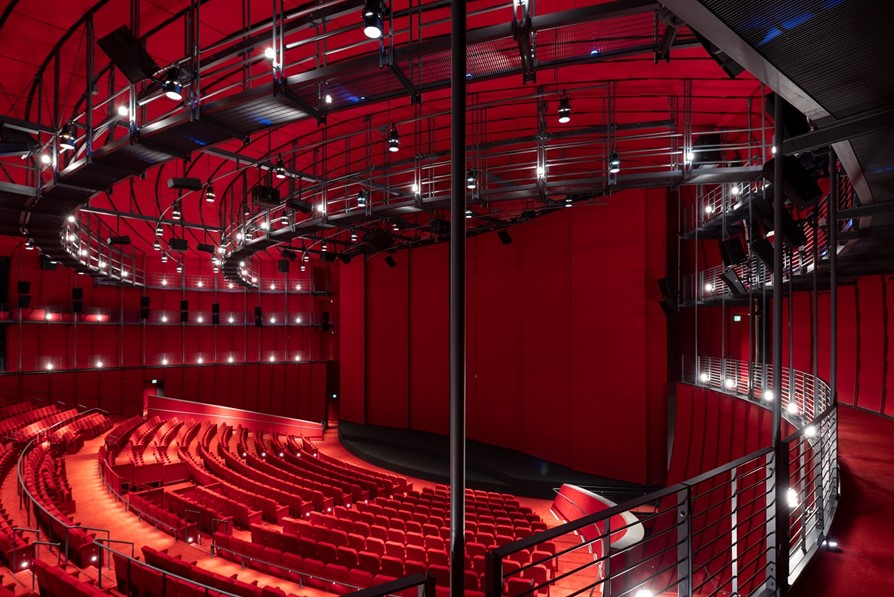 The Academy Museum of Motion Pictures in Los Angeles today announced a slate of programs it will offer to the public beginning September 30, 2021, when it will celebrate its grand opening. The museum’s inaugural programs are made possible by the kind support of donors, including Richard Roth Cinema-Arts Fund, Participant, Pritzker Foundation, Eric and Melina Esrailian, Dr. Kathy Fields and Dr. Garry Rayant in honor of Sid and Nancy Ganis, Julia and Ken Gouw, Robert and Miryam Knutson, and Dr. Peter Lam Kin Ngok of Media Asia Group Holdings Limited. Generous support is also provided by Istituto Luce Cinecittá.

Leading up to the opening, the Academy Museum has planned a series of virtual programs kicking off in April 2021 around the Oscars®.

Panel discussions with film industry leaders, gallery tours, screenings, workshops, and educational offerings for families and students will illuminate the world of the movies to people of all ages, backgrounds, and areas of interest. The reach of programs will be extended worldwide through the Academy Museum’s website and social media channels.

Jacqueline Stewart, Chief Artistic and Programming Officer of the Academy Museum, said, “We have been hard at work preparing the Academy Museum and are ready to welcome visitors first virtually and then in person in September. The programs we are rolling out for our opening are dynamic, diverse, and deeply grounded in the history and artistry of filmmaking. Whether they are recognizing Hollywood legends, delving into the working process of film professionals, or addressing issues of race, gender, sexuality and inequity that run through film history, these programs will use the power of movies and stories of filmmakers to open eyes and minds.”

Bill Kramer, Director and President of the Academy Museum, said, “Developed in partnership with incredible Academy members, our slate of virtual programs is designed to complement our compelling and engaging core and temporary exhibitions. When we open, our programs will also come to life in our theaters and in our public spaces to deepen the visitor experience. Our screenings, panels, symposia, and educational programs are key components of how our visitors will interact with the museum and learn about filmmaking.”

PRE-OPENING PROGRAMS
Around the time of the 93rd Academy Awards®, to be presented on April 25, 2021, the Academy Museum will launch a series of virtual conversations, screenings, and education programs on the Academy Museum website . Conceived as digital prologues to the Academy Museum’s core exhibition, Stories of Cinema, these programs will share the varied voices of extraordinary film artists, tell the stories of their inspirations and collaborations, and explore the art, technology, history, and social impact of the movies.

Pre-opening programming will kick off on April 22, 2021 with Breaking the Oscars® Ceiling, a conversation hosted by Academy Museum trustee Diane von Furstenberg and moderated by the Academy Museum’s Jacqueline Stewart, who will be speaking with women who achieved historic Oscars milestones. Guests include actor Sophia Loren, actor and comedian Whoopi Goldberg, actor Marlee Matlin, and singer-songwriter Buffy Sainte-Marie.

Also launching on April 22, the museum’s website will be activated with thoughtful historic content on the
Oscars and Hollywood: the Academy Awards History Timeline, an interactive timeline that previews and
expands on the Academy Museum’s gallery of Academy Awards History and Hollywood Past and Present, a virtual tour of Oscars-related locations with vintage and contemporary photographs of key locations.

Additional pre-opening virtual programs will include (times and dates TBA):

Film Screenings and Conversations with the Artists

OPENING PROGRAMS
When the Academy Museum opens September 30, 2021, it will begin presenting a robust range of screenings, in-depth conversations, and programs for youth and families.

Visitors will be welcomed with a slate of film screenings that celebrate cinema’s rich past, present and future. Presented in the Academy Museum’s two theaters—1,000-seat David Geffen Theater and 288-seat Ted Mann Theater—viewers will enjoy films as intended with state-of-the-art sound and projection in multiple film and digital formats. The theaters will be spaces to explore and experience the art of cinema as well as inspire conversation and action long after the credits roll.

The museum will present film series that celebrate a global spectrum of cinematic perspectives and practices across histories to expand beyond conventional narratives and build on the ever-expanding film canon, including:

Additionally, the museum will present conversations, panels, symposia, and lectures several times a month in our theaters celebrating film artists and film history while also providing learning opportunities to lean into areas of harm, hurt and complexity:

Education and family programs will be ongoing at the Academy Museum, provided both in the exhibition galleries and in the Shirley Temple Education Studio:

In addition, visitors will be able to join themed, interactive 45-minute guided tours throughout the week, offering insights on the core collection, exhibitions, art installations, and the Academy Museum's architectural design. Family tours and accommodative tours (including offerings for the low vision, blind, hard of hearing, and deaf communities) will be scheduled on a regular basis. On weekends, multiple 15-minute Gallery Highlights will encourage a deeper understanding of focal points in the museum’s content while engaging visitors in conversation. Guided tours and Gallery Highlights will be free with museum admission, and free audio tours will also be available in English, Spanish, and Korean.

More details on the Academy Museums Inaugural programs will be announced at a later date.
For more information, please visit academymuseum.org.