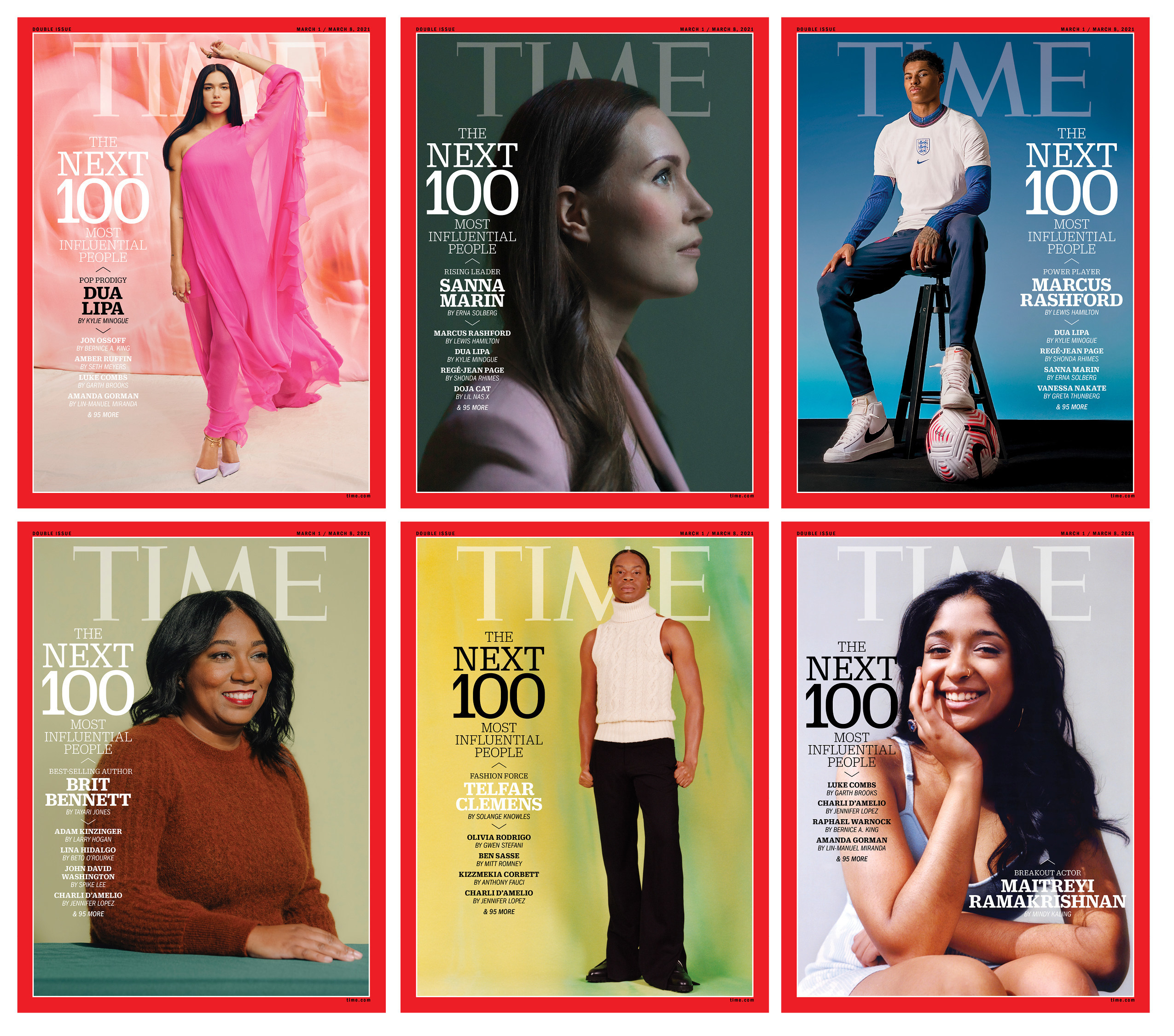 TIME reveals the 2021 TIME100 Next list, an expansion of the flagship TIME100 franchise that recognizes 100 emerging leaders who are shaping the future of entertainment, health, politics, business and more.

TIME editor in chief and CEO Edward Felsenthal writes in his letter to readers: "Amid a global pandemic, deepening inequality, systemic injustice and existential questions about truth, democracy and the planet itself, the individuals on this year's list provide 'clear-eyed hope,' as actor, composer and director Lin-Manuel Miranda puts it in his tribute to poet and TIME100 Next honoree Amanda Gorman. They are doctors and scientists fighting COVID-19, advocates pushing for equality and justice, journalists standing up for truth, and artists sharing their visions of present and future." https://bit.ly/3k4lKtm

Of the 2021 list, editorial director of the TIME100 Dan Macsai says: "Everyone on this list is poised to make history. And in fact, many already have."

The TIME 100 Next has no age limit. Of this year's list, Felsenthal writes: "Although recognizing the leaders of tomorrow lends itself to a younger group, we intentionally have no age cap, an acknowledgment that ascents can begin at any age. The youngest person on this list, for example, is 16-year-old entertainer Charli D'Amelio, who counts more than 100 million followers on TikTok. Among the eldest is 51-year-old Raphael Warnock, a Democratic Senator from Georgia, whose recent election represents 'the dawn of a new South,' writes Rev. Bernice A. King, the CEO of the Martin Luther King Jr. Center for Nonviolent Social Change."

The list also features 1 figure writing under a pen name: Koyoharu Gotouge, the author of the Demon Slayer franchise.