Country music icon Randy Travis has released the official music video for his 1987 hit "No Place Like Home" for the first time. Along with the recently released remastered version of his debut album, Storms of Life (35th Anniversary Deluxe Edition), Travis continues to breathe new life into projects from the vault. "No Place Like Home" was the song made into a music video from his genre-shifting debut album and was never before made available to the public. Today, CMT world premiered the uncovered gem on CMT, CMT Music, CMT.com and the ViacomCBS Billboard in Times Square. Watch the "No Place Like Home"

The music video was directed by Michele Mahrer in the mid-1980s but was recently digitally enhanced to be released in high definition. Travis' signature smooth vocals accompany visuals that embody the sentimental lyrics of "No Place Like Home" and the vintage footage adds to the overall nostalgic feeling. Watching the music video will be sure to give viewers the same warm feeling they felt the first time they heard the song.

"I hope the message that the viewer takes with them is that when things in life appear hopeless... find a way," said Randy Travis, adding, "appreciate what you have, be mindful of God's blessings in your life. Think twice, or more, before you close and lock the door. Cherish, hold tight to that which is dear. Your heart, and your hat, hang at home. Be slow to blame and fast to forgive—pray the same from others...we all need it!"

The premiere comes on the same day Randy Travis will receive CMT's "Artist of a Lifetime" honor at their annual "Artists of the Year" show honoring the top artists in the format over the past year. Along with Chris Stapleton, Gabby Barrett, Kane Brown, Kelsea Ballerini and Luke Combs, and "Breakout Artist of the Year" Mickey Guyton, Travis will be celebrated with a night that includes never-before-seen performances and collaborations, with special guests, performers and presenters. Tune in LIVE from Nashville's Schermerhorn Symphony Center tonight, Wednesday, October 13th at 9p/8c on CMT. 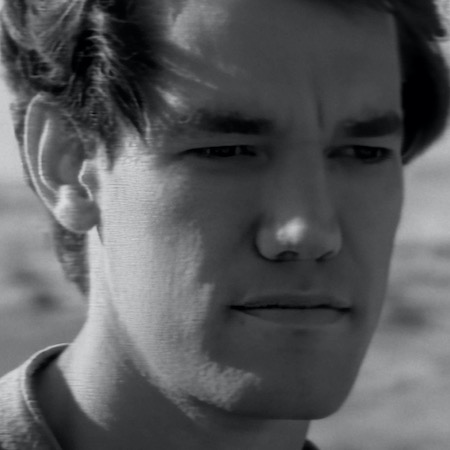 Music
Epiphone Partners with the B.B. King Family To Celebrate 'The King Of The Blues' With A Historically Accurate Signature Guitar