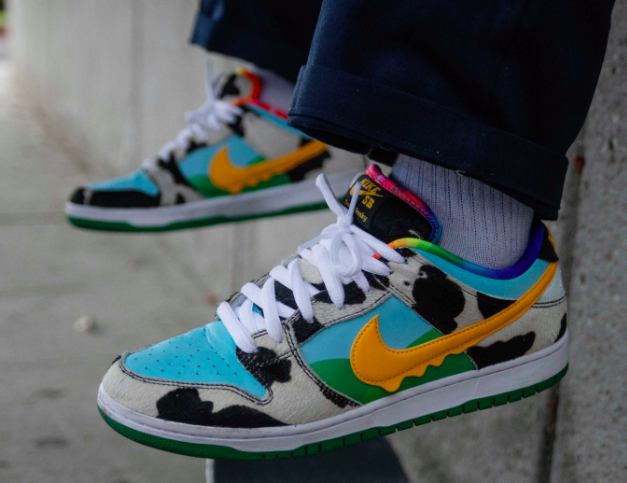 What do you get when you combine creative skate culture and the chunks and swirls of Ben & Jerry's? A partnership made in heaven, resulting in a one-of-a-kind sneaker dubbed "The Chunky Dunky." It's all part of Nike SB's Dunk Low Pro. Even to Ben & Jerry's fans, that's a mouthful.

The undertaking was an initiative by the Nike SB team, who was inspired to work with the iconic ice cream maker known for its fun and funky flavors, creative visual identity, and socially progressive agenda. The themed shoes feature an eye-popping and colorful Ben & Jerry's-inspired vibe, from the black and white Holstein cow pattern to the dripping Nike Swoosh logo resembling melting ice cream.

The design team at Nike SB didn't stop there. The inside of the shoe features a tie-dyed pattern and the ice cream maker's motif: "If it's not fun, why do it?" A plush black and white tongue on the shoe is the only tongue that won't be licking a scoop of Ben & Jerry's. 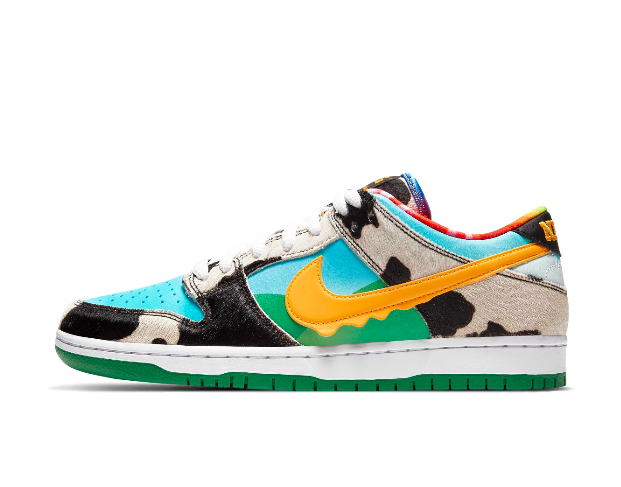 The Chunky Dunky will be available at a MSRP of $100 in limited quantities. Interested fans are encouraged to check on nikesb.com for a list of participating independent skate shops, or login to the Nike SNKRS app for more details. And just like Limited Batch ice cream flavors, when they're gone – they're gone! 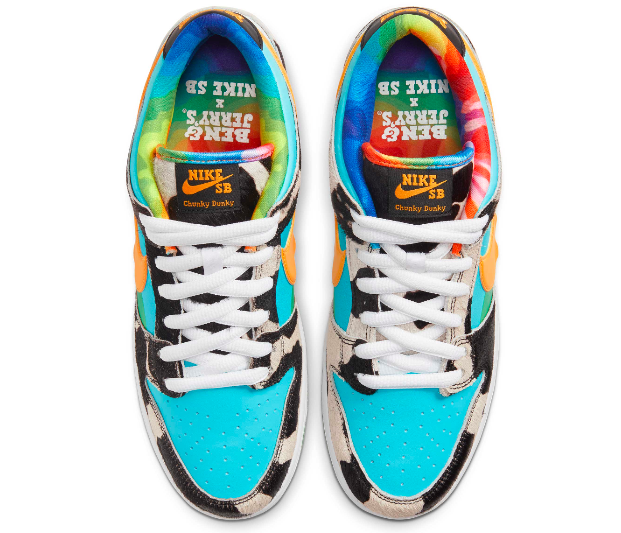 "Ben & Jerry's loves bringing creative and exciting experiences to our fans – and this is a one-of-a-kind shoe that only Nike SB could do," said Jay Curley, Global Head of Integrated Marketing at Ben & Jerry's. "The opportunity to pair up and feature some really cool kicks has already caught some buzz and landed great feedback from the skate and sneaker communities as well as ice cream fans who are excited for the partnership. From the half pipe to Half Baked, this is an ice cream dream come true."

L. A. Glam
Sneaker Spotlight: DSW Shoes For Every Occasion