LeBron James Is NBA Western Conference Player of the Month 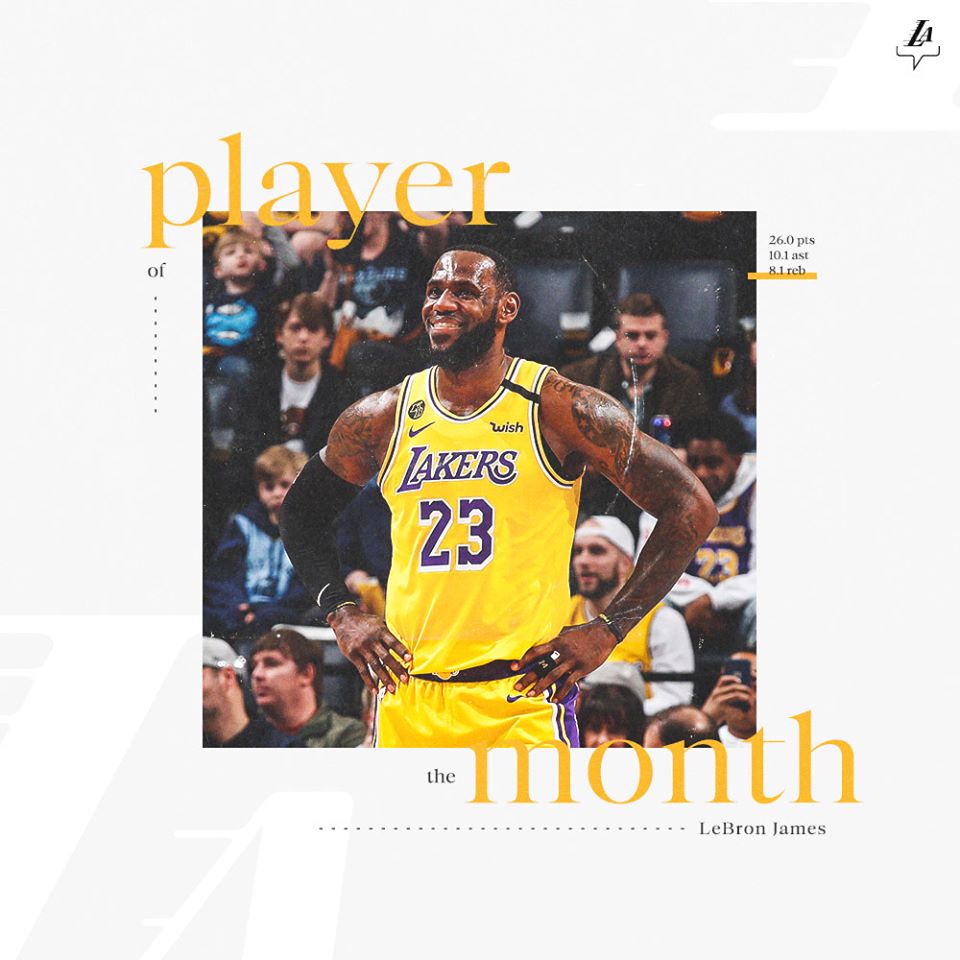 Los Angeles Lakers forward LeBron James has been named NBA Western Conference Player of the Month for games played in February, it was announced today.

James averaged 26.0 points (.497 FG%), 8.1 rebounds and 10.1 assists while leading the Lakers to a 9-2 record in February. In 10 games, James tallied 10 double-digit scoring performances, including six games with 20+ points, four games with 30+ and a season-high 40 points once, his first 40-point outing since Dec. 5, 2018. Los Angeles boasts a perfect 19-0 record when James notches at least 30 points this season. He recorded double-digit assists in five games and finished the month with five double-doubles, including two triple-doubles.

For the season, James is averaging 25.5 points, 7.8 rebounds, a career-best 10.6 assists and 1.2 steals in 34.9 minutes per game while the Lakers continue to own the best record in the Western Conference.

In February, he moved to fifth place on the NBA's all-time free throws made list and became just the 13th player in NBA history with at least 2,000 steals.

The league leader in total assists, assists per game, double-digit assist games and triple-doubles, James earns his NBA-record 40th career monthly award. He becomes the first Lakers player to earn the award in consecutive months since Kobe Bryant in December 2008 and January 2009.

Television
James Corden To Broadcast Show From His Garage

Television
'Mental Samurai' Gets A Second Season On FOX