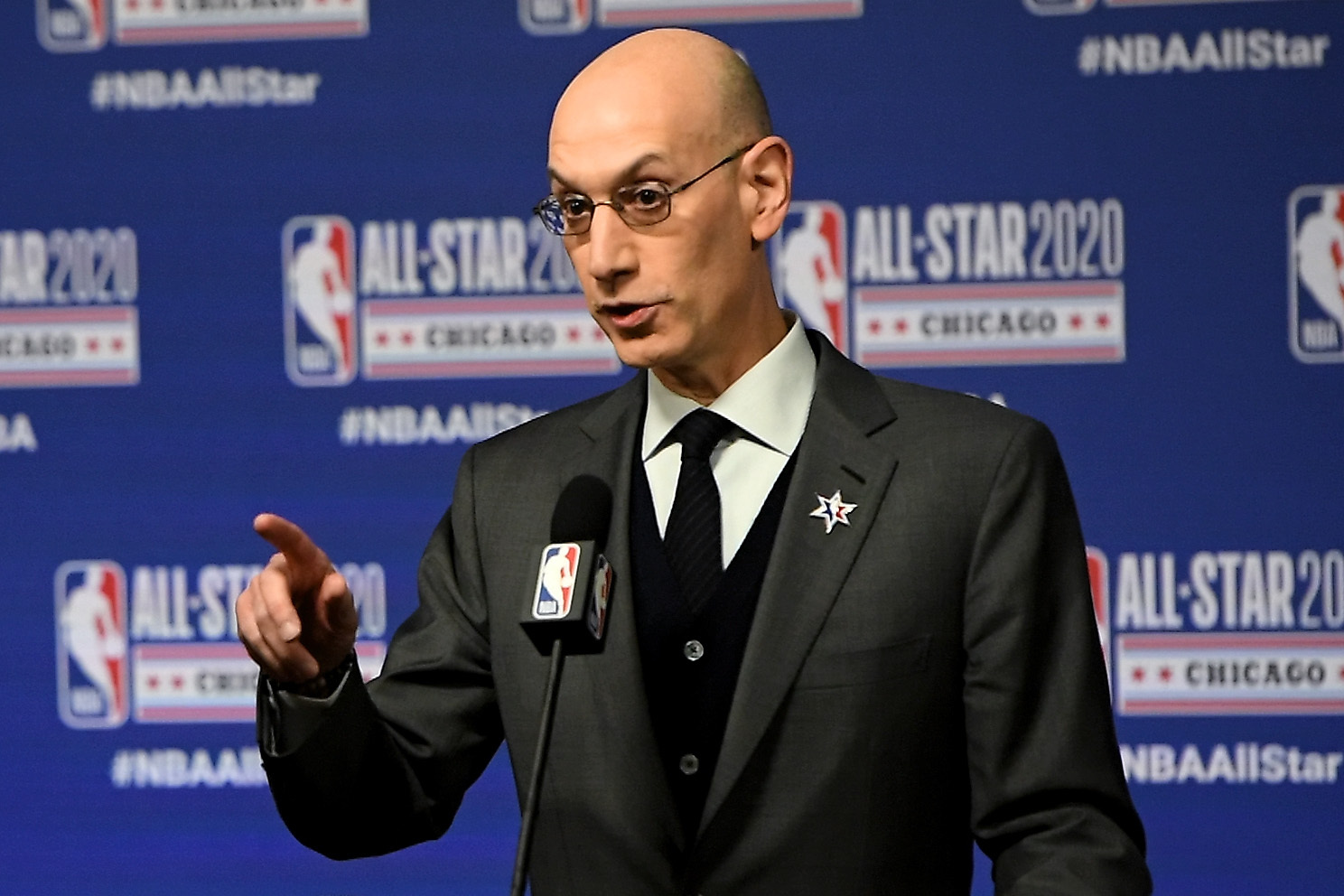 Kevin Durant, one of the biggest stars in the NBA, is one of four New Jersey Nets players who tested positive for the coronavirus, he told The Athletic on Tuesday. “Everyone be careful, take care of yourself and quarantine,” Durant said. “We’re going to get through this.” The Athletic also characterized Durant as “feeling fine.”

At least seven NBA players have tested positive for the COVID-19 virus. On Tuesday, the Nets announced that four of their players had tested positive, though they did not name the athletes. The team said only one of the four had shown symptoms. “All players and members of the Nets travel party are being asked to remain isolated, closely monitor their health and maintain constant communication with team medical staff,” the team said, adding that it was notifying anyone known to have had contact with the players, including NBA opponents.

It is not clear how many Nets employees have been tested for the virus, or how they were able to procure those tests, given that health officials all over the country have struggled to find tests for the general public and themselves. In addition, the guidelines issued by the New York City Department of Health state that it “strongly recommends against testing persons with mild illness who can be safely managed at home, unless a diagnosis may impact patient management.”

According to the Nets statement, three of the four players did not show symptoms of the disease. A spokesman for the Nets declined to provide specifics about how the team got the tests. This issue of unequal access to testing arose last week, after reports that 58 members of the Utah Jazz franchise were also tested within hours of Rudy Gobert’s positive test. Mike Bass, a spokesman for the NBA, suggested that players might be a priority for testing because of their heavy travel and contact with large groups across cities.

“Public health authorities and team doctors have been concerned that, given NBA players’ direct contact with each other and close interactions with the general public, in addition to their frequent travel, they could accelerate the spread of the virus,’’ he said in a statement. “Following two players testing positive last week, others were tested and five additional players tested positive. Hopefully, by these players choosing to make their test results public, they have drawn attention to the critical need for young people to follow C.D.C. recommendations in order to protect others, particularly those with underlying health conditions and the elderly.”

Last week, Donovan Mitchell and Rudy Gobert of the Utah Jazz were revealed to have tested positive for the coronavirus, as was Christian Wood of the Detroit Pistons. The Nets last played the Pistons on Jan. 29 and the Jazz on Jan. 14, but it would be difficult, if not impossible, to pinpoint how players have become infected because of how frequently the 30 teams in the league play.

The NBA postponed its season on March 11, shortly after learning that Gobert had tested positive for the virus, which has rapidly spread across the world — grinding economies to a halt and causing thousands of deaths. In the United States, almost all professional sports leagues are at a standstill as many local and state governments restrict large gatherings. The NBA has had the most players publicly revealed to have the virus, and its season is in danger of being canceled. Last week, NBA Commissioner Adam Silver said on TNT’s “Inside the NBA” that he expected the league to be out of action for at least a month.

Gobert, the first player known to have tested positive, has faced backlash for making light of the epidemic in the days leading up to finding out he had Covid-19, the disease caused by the virus. The NBA has also been criticized for allowing multiple games to be played while the coronavirus was spreading across the United States. Gobert apologized the day after the NBA season was postponed, saying “I was careless and make no excuse.”

Mitchell, his teammate, acknowledged his own irritation with Gobert after he tested positive, telling “Good Morning America” on Monday, “It took a while, you know, for me to kind of cool off." Durant has missed all of this season because of an achilles injury he suffered in last year’s NBA finals as a member of the Golden State Warriors. Even if the NBA comes back months from now, it is “not very realistic” for Durant to play, his business partner, Rich Kleiman, told ESPN this week.

Lifestyle
Tips To Strengthen Your Immune System From Nupeutics Health