A major milestone was recently reached and was the cause of much excitement among supporters of The Wild Animal Sanctuary's new Refuge near Springfield, Colorado:  the completion of a 35-acre habitat that is now home to its new residents. 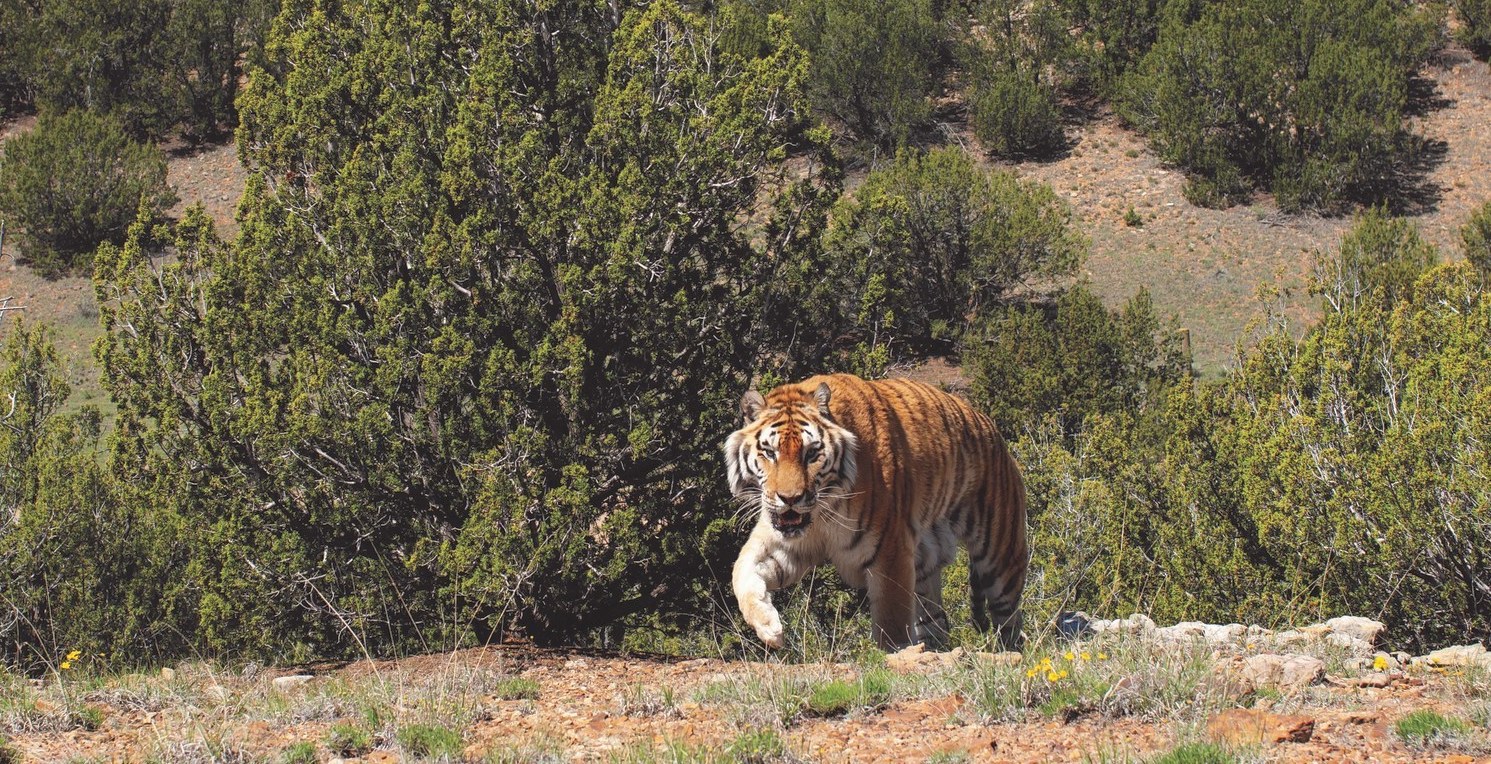 After spending about a week in a special lock-out enclosure within the habitat to get used to the sights and sounds of the new space, two tigers and a lion were released into their new, spacious home.  Raised together since they were cubs and subsequently rescued by the Sanctuary, the three 'brothers' could not have been more pleased with the varied terrain and trees as they explored their new home.

Because the three big cats were rescued almost three years ago, they had already gone through an initial rehabilitation process and were comfortable living in a large area—having lived previously on 15 acres at the Sanctuary's Keenesburgfacility.

Leading up to this was an in-depth inspection about a month ago by the USDA and Colorado Parks and Wildlife ensuring that the new habitat meets or exceeds all of the necessary requirements to house animals—including having back-up power systems, site security and staff members present 24 hours/day.

Currently under construction at the Refuge is a 300-acre habitat that will house rescued bears.  Due to the enormity of the task, The Wild Animal Sanctuary is very pleased that Rescue Rebuild, an organization under the GreaterGood.orgumbrella is assisting with its construction.

The Wild Animal Sanctuary's Refuge of nearly 10,000 acres is absolutely unique in the animal rescue world—providing unprecedented freedom and natural living for rescued animals.
Located near Keenesburg, Colorado, The Wild Animal Sanctuary is the largest nonprofit carnivore sanctuary in the world, with nearly 500 rescued Lions, Tigers, Bears, Wolves, Leopards and other carnivores living in large acreage natural habitats. Established in 1980, the Sanctuary operates two locations with more than 10,000 acres for abused, abandoned and confiscated carnivores and specializes in rehabilitating captive wildlife so they can be released into natural habitats where they can roam freely and live with others of their own kind.  More information is available at www.wildanimalsanctuary.org and www.wildanimalrefuge.org

Lifestyle
How Fireworks Can Be Dangerous For Your Pets

Lifestyle
Adopt or Foster & Help The Shelters This Fourth of July