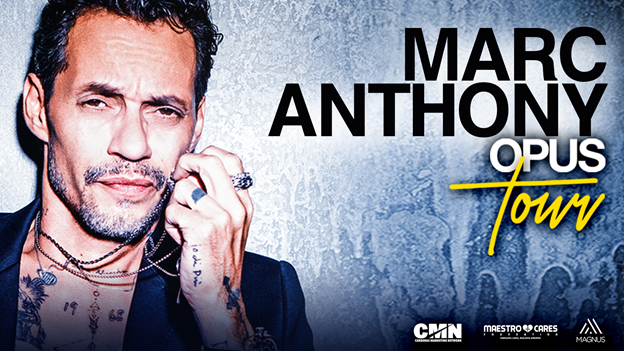 Fans in Los Angeles, San Francisco, Connecticut and Montreal will have the opportunity to experience the music powerhouse live this fall.  This tour will also bring in a new paramount for Marc Anthony.  His performance at the Chase Center in San Francisco will be the first live concert of a Latin artist at that venue.

Tour fan pre-sale is scheduled for May 22nd at 10am, and tickets for the general public will be available May 24th

The new live performances for the OPUS U.S. TOUR will take place at the following venues:

The new tour was named in celebration of his new album OPUS, released May 10th  on Magnus Media / Sony Latin Music. OPUS is available in all digital platforms and streaming services now!

Previously announced dates for the OPUS U.S. Tour Include: