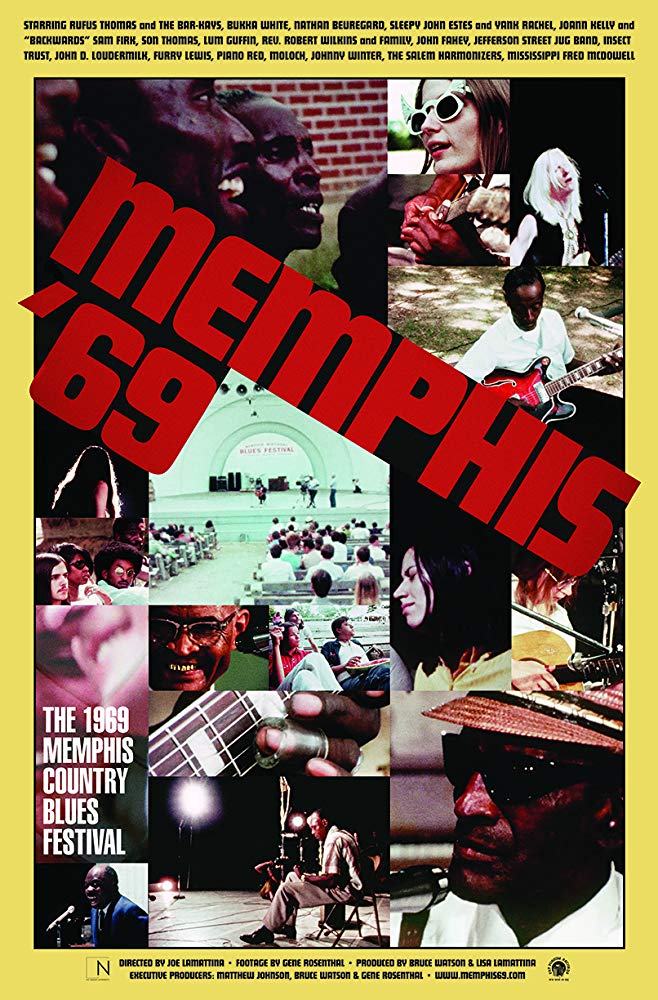 In 1969, the same year as Woodstock and one year after the assassination of Martin Luther King Jr, some of the very best blues musicians in the South came together for the fourth annual Memphis Country Blues Festival. Amazingly, the footage from this historic event has not surfaced until now, in the form of a simply splendid music doc titled, “Memphis ’69,” deftly directed by Joe LaMattina. Consisting entirely of archival footage from this monumental concert, and featuring a combination of household names as well as long-forgotten local acts, the film will best appeal to blues aficionados but it stands out as a sharply edited and expertly produced concert film that serves as something of a time capsule, capturing a very specific time and place in an America at a crossroads.

LaMattina certainly had his work cut out for him in piecing together this extraordinary material into a cohesive concert film, and the amount of heart and soul that went into his efforts is evident in every frame. After a screening of the film at the Mammoth Lakes Film Festival, the filmmaker elaborated on the origins of the project, the difficulties in bringing it to fruition, and his approach to the material at hand.

Regarding the origins of the projects, LaMattina singled out Bruce Watson from Fat Possum Records as a guiding force.

JLM: We were approached by Bruce Watson from Fat Possum Records. He procured this film, which had been sitting in Gene Rosenthal’s living room for 48-49 years. Gene went out and shot the movie and got it processed but he couldn’t afford to make the movie. So Bruce went up there to buy some masters of music from him and it turns out that he had this film so Bruce immediately bought the film, got it transferred and brought it to us. So from there we worked with Bruce on how we were going to make the movie.

Bruce was also instrumental in the filmmaker’s decision to keep it simple and focus on the music.

JLM: Bruce just said take this and please make a movie out of it, a concert movie. Because we thought maybe we should make something that was more comprehensive to begin with, with interviews to make it more contextual, and he was like, somebody else is going to do that, and he was totally right.

In terms of how to approach the material, LaMattina voiced a reverence for Gene Rosenthal and for the era in which the film is set.

JLM: We knew that we really wanted to make something that looked and felt like it was made in 1969, to honor the way the movie would’ve been made by Gene. We actually never met Gene – we still haven’t to this day – he’s quite a recluse at this moment. And most of the artists in the film are dead now. But Lisa and I are huge film buffs, particularly films from the 60’s and 70’s, so to be able to make a film in this way was really a dream project for us.

But given the wealth of source material, the filmmakers had to make some tough decisions, lest they wind up with a three-hour film.

JLM: There was three days of footage and five cameras rolling. So basically what we wanted to do was try to put together what we thought would be like a nice playlist, the highlights of the festival. Because the festival had so much music, and there were also a lot of artists that didn’t get recorded on film, so we chose stuff that we thought was the most exciting and then we started putting the movie together.

But given the DIY nature of the original material, the biggest challenge the filmmakers encountered was matching audio to image.

JLM: Honestly the hardest part of the movie was synching all the footage because there were no synch points at all. For anyone who has shot film and audio before, they know that is what the clapboard is for, to synch your audio and your film together. They didn’t have any of that, so we had to do it all by eye, and that was the toughest part of making this movie. The rest of it was really all fun, and even that was fun too.

With respect to the editing process, LaMattina decided that the best approach would be one that didn’t impede on the musical performances.

JLM: We really didn’t want to get in the way of the performances. The performances are really the most important part of the movie and hopefully you weren’t thinking about the filmmaking, you were just enjoying the performances. We’ve seen the movie a bunch of times now, and I just love the music more and more. But it took about three months to do the whole thing including the mix. The synching was the hard part, but the editing wasn’t that hard.

When asked if he felt the film would appeal to those outside the blues world, LaMattina seemed hopeful.

JLM: At first we were worried that maybe the music wouldn’t be enough to sustain this. Because we know a blues audience would love this, but we really wanted to make it so that the other people, the uninitiated, would enjoy it as well. And it seems like so far that’s been the case, and I think it’s really because of the personalities of these artists and their passion for the music really comes through. 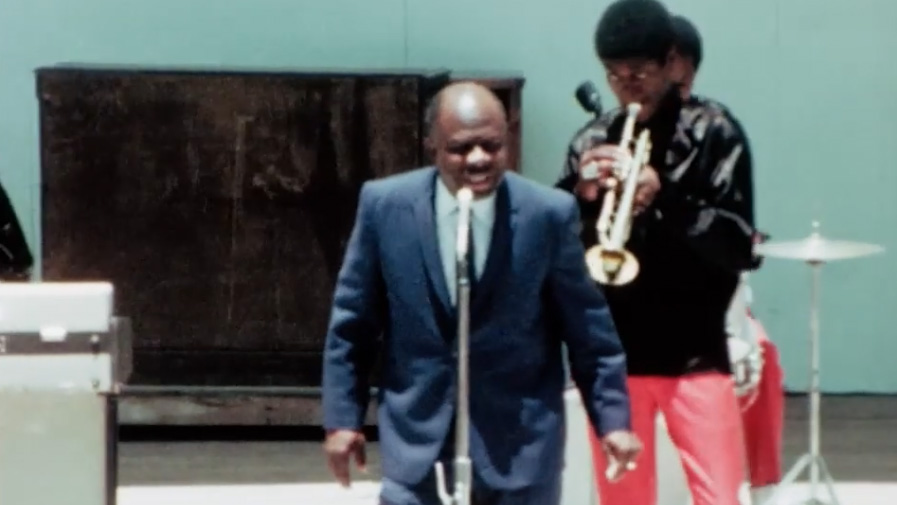 And while the film has now played at a number of festivals – Slamdance, Chattanooga and Taormina among them – LaMattina is most excited to take it back to where it all began.

JLM: We’re showing in Memphis in two weeks for the fiftieth anniversary of this concert. So they have a big hoopla going on over the film. When we were making the movie, I was thinking, that would be the dream, to see this movie on the fiftieth anniversary on that weekend and it’s happening. And we’re really hoping some of the people who went to the original concert will show up. It will be very emotional, we think.

“Memphis ‘69” will be released on home video in January.

Fat Possum Records will release a two-disc concert album to coincide with the film’s release.