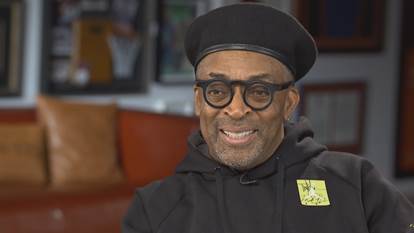 Academy Award nominee Spike Lee does not need awards to validate his work, he tells Lesley Stahl in an interview for CBS SUNDAY MORNING to be broadcast Sunday, Feb. 10 (9:00 AM, ET) on the CBS Television Network.

Lee, whose film “BlacKkKlansman” earned six Academy Award nominations including Best Picture, says being overlooked for those honors for his earlier work influenced his thinking. Indeed, Lee tells Stahl that his film “Do the Right Thing” not being nominated for Best Picture in 1989 “hurt like a mother[expletive].”

“Oh, it hurt,” Lee tells Stahl. “And the reason why it hurt is, like, had they chose, the Academy chose, a great, great film for Best Picture, I’d’ve been cool with it. But their choice….”

“After ‘Do the Right Thing,’ and it was solidified with ‘Malcolm X,’ I was never going to be put in a position where I needed someone’s – whatever it is – to validate my work,” Lee tells Stahl. “I know what I do, and the people let me know. People tell me I’ve changed their life. How they never thought about going to college before they saw ‘School Daze.’ How they never thought that black people could make movies. So those are the awards.”

In a wide-ranging interview, Lee talks with Stahl about his career, about making “BlacKkKlansman,” his parents, racism and more. Stahl also talks with Ron Stallworth, an African American Colorado Springs detective, whose real-life story of infiltrating the Ku Klux Klan is portrayed in Lee’s Oscar nominated film.