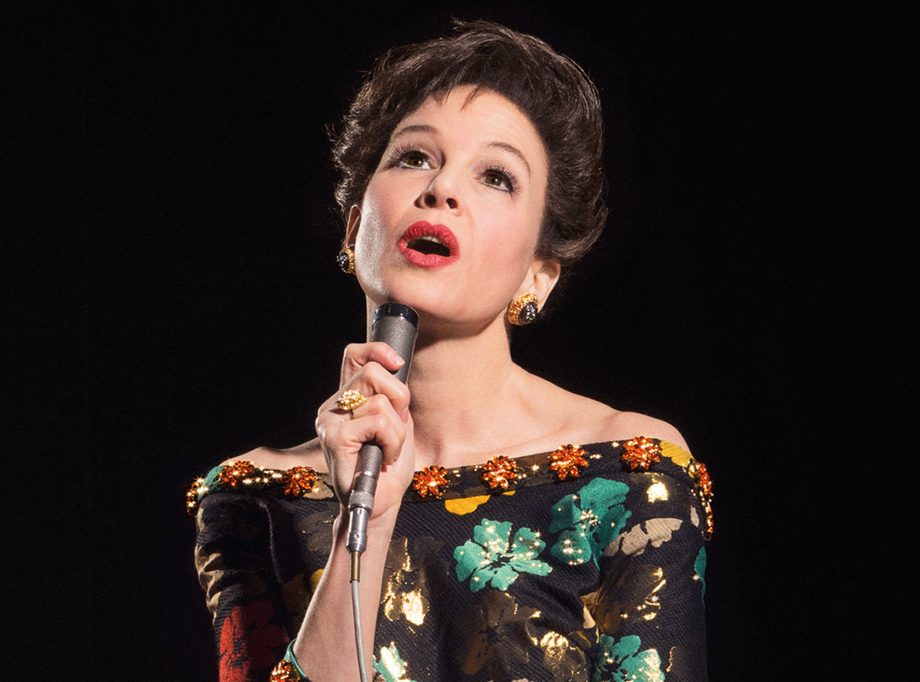 Zellweger will be recognized for her many attributes to the art of film over the years, and most recently, her work as Judy Garland in LD Entertainment and Roadside Attractions’ JUDY. The tribute will take place at the historic Arlington Theatre during the 35th Santa Barbara International Film Festival.

“Ms. Zellweger has always displayed a deep commitment and discipline in her performances which has always made me root for her and admire her deeply. In Judy - she adds a ferocity that solidifies her as one of the greatest actors of her time.” says Santa Barbara International Film Festival Executive Director, Roger Durling.

Winter 1968 and showbiz legend Judy Garland arrives in Swinging London to perform a five-week sold-out run at The Talk of the Town. It is 30 years since she shot to global stardom in The Wizard of Oz, but if her voice has weakened, its dramatic intensity has only grown. As she prepares for the show, battles with management, charms musicians and reminisces with friends and adoring fans, her wit and warmth shine through. Even her dreams of love seem undimmed as she embarks on a whirlwind romance with Mickey Deans, her soon-to-be fifth husband. Featuring some of her best-known songs, the film celebrates the voice, the capacity for love, and the sheer pizzazz of “the world’s greatest entertainer.”

Renée Zellweger is one of the most cherished and respected actors in modern cinema.

Zellweger is most notably known for her starring role as the seminal British everywoman in the BRIDGET JONES’S DIARY franchise. In the first installment of the franchise, Zellweger earned her first Oscar® nomination, also earning Golden Globe, SAG and BAFTA nominations, among others. The sequel delivered her another Golden Globe nomination for Best Performance by an Actress in a Motion Picture – Comedy or Musical.

Zellweger’s The Big Picture Co. recently signed an exclusive first look deal with MGM TV. She made her television debut starring in Netflix’s WHAT/IF, and her recent films include BRIDGET JONES'S BABY, alongside Colin Firth and Patrick Dempsey for Universal Pictures, and the film adaptation of the book SAME KIND OF DIFFERENT AS ME, opposite Greg Kinnear and Djimon Hounsou.